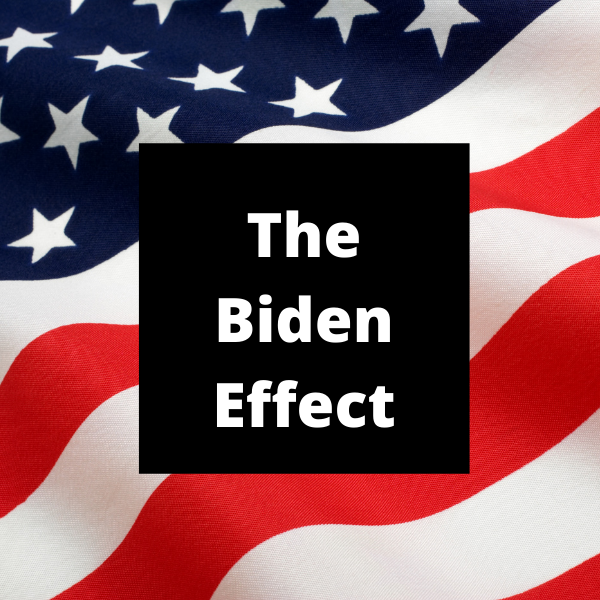 Increasingly these investors are recognising the potentially dramatic and detrimental effects of inaction in relation to climate change, driven mostly by the use of fossil fuels. Equally important, they are recognising that economies, as we have known them, will cease to function effectively unless the extent of global warming is minimised.

Biden’s election represents a dramatic reversal from the Trump years. With John Kerry, he intends to reclaim the US leadership role in the global quest for zero carbon. This will undoubtedly create a challenge for Australia. Australia is viewed as an international climate laggard. In the 2020 Climate Change Performance Index, it received the lowest rating of 54 countries and the European Union. It also ranked second worst on climate action, out of 177 countries, in the 2020 UN Sustainable Development Report. There is no doubt that Australia is going to feel increasing uncomfortable by the time it attends the Glasgow COP 26 meeting later this year.

During Trump’s term, his antagonistic position on climate action meant that the US copped the bulk of international criticism from other signatories to the agreement. Australia’s lack of action was largely overlooked. The Biden win means Australia’s lack of climate ambition will come under greater international scrutiny and be increasingly embarrassing. Biden is returning to the well developed climate policies initiated by the Obama administration. Many countries of the world, (and indeed many states within the US, despite the formal US withdrawal) have continued to pursue their global commitments. However, for the last four years with the millstone of the US stance reducing international impetus, global emissions overall have continued to rise.

So what does this new regime look like in the US?

The Biden team has been charged with delivering an ambitious climate platform, which includes:

Biden sees economic expansion in tackling climate change – totally the reverse to Trump’s language of climate change action undermining the US economy and causing disadvantage to it. Biden is committed to huge fiscal expansion, more than $2 trillion over four years with massive expenditure on climate and energy transition to follow, which will support employment growth. The Biden administration asserts  – “this will increase the use of clean energy in the transportation, electricity and building sectors, and create opportunities for a more equitable and prosperous economy powered by low carbon technologies, strengthening infrastructure –  all the while tackling climate change.”

The Australian federal government’s emphasis on a gas-led recovery from COVID is unfortunate. Whilst it has at least acknowledged green hydrogen as a way to go, its overall approach to the economy is not anything like sufficient in terms of lowering emissions to curb our trajectory enough to reach net-zero emissions in 30 years.

The current situation in Australia can be likened to a football match where we are allowing ourselves to build up a deficit of 30 goals in the hope that we can overcome the opposition in the last quarter. We just won’t get there. Australia’s slack climate effort leaves our children with 10 times more work to do.

So overall then, what is the likely impact on Australian climate policy of Biden’s approach?

This enormous shift in what is acceptable internationally may well mean that the challenge for both political parties in future elections is not going to be winning a small number of seats in coal mining areas. Instead, as community views shift commensurately, it will be retaining seats in many electorates where voters are becoming increasingly impatient with the complacency and inadequate recognition of the threats to Australia’s future security and viability. Indeed, in our own backyard, we have seen our member, Treasurer Frydenberg, required to rely on preferences for the first time in Kooyong and Labor take the state seat of Hawthorn from the Liberals in elections that had a strong climate focus.

Join us to hear from experts on international climate policy on 28 April at 7:30 pm via Zoom

On 28 April at 7:30 pm via Zoom, Lighter Footprints will hear from two experts on international climate policy, Richie Merzian from The Australia Institute (TAI) and Glen Klatovsky from Climate Action Network Australia (CANA). This meeting will be held one week after the Biden climate summit and will provide us with expert analysis of the summit outcomes, the tariff risks Australia faces internationally and Australia’s posturing for COP26. Click here to RSVP to this event.