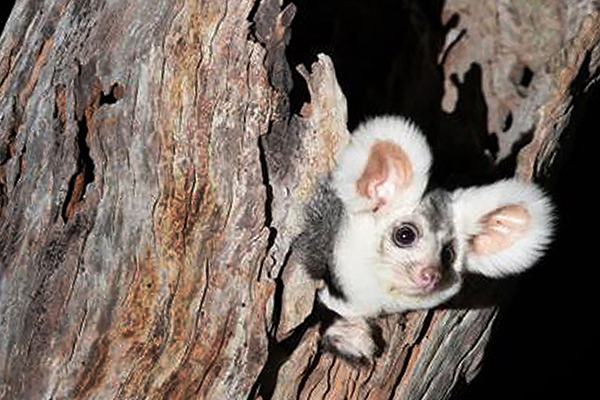 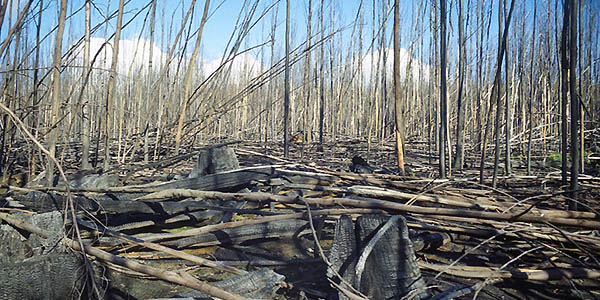 In Victoria, logging is reducing our water supplies by 15,000 megalitres a year equivalent to the amount used by 250,000 people 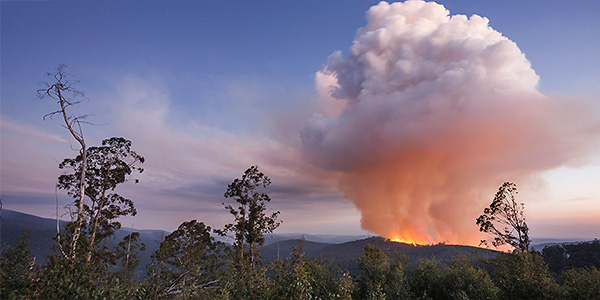 So much of our mature native forests have been severely burnt 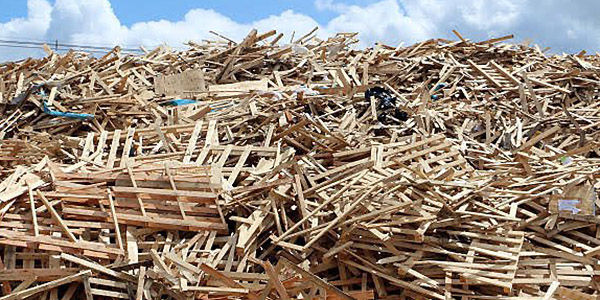 Logging native forest is not renewable or sustainable

60% of logged biomass is burnt, only 14% is retained as timber

Dr Chris Taylor from the Fenner School, ANU found that only 14% of logs cut from Victorian native forests end up as timber products. Although 40% of the logged wood is removed, a large proportion of that 40% ends up in landfill as wood chip for paper products, or as disposable pallets. The majority of the logged wood – 60% – is left behind as scarf. 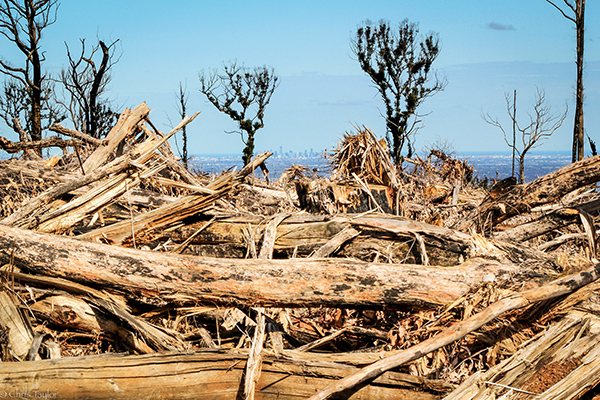 Scarf usually burnt after logging in a “high intensity” burn, consuming a large amount of biomass (140-450 t/ha) compared to planned low intensity Fuel Reduction burns (9 t/ha). Chris Taylor also notes that the large amount of biomass burnt makes them “a significant contributor” to Melbourne’s air pollution, and that this would not be necessary if there had been no logging in the first place.

A recent study showed increasing fragmentation of Mountain Ash and Alpine Ash forests: “around 70% and 65% of the Mountain Ash and Alpine Ash forest areas, respectively, were either disturbed or within 200 m of a disturbed area.”. Core forest areas are becoming more isolated. “These effects can lead to the decline of populations, restrict animal movement and disrupt gene flow.” 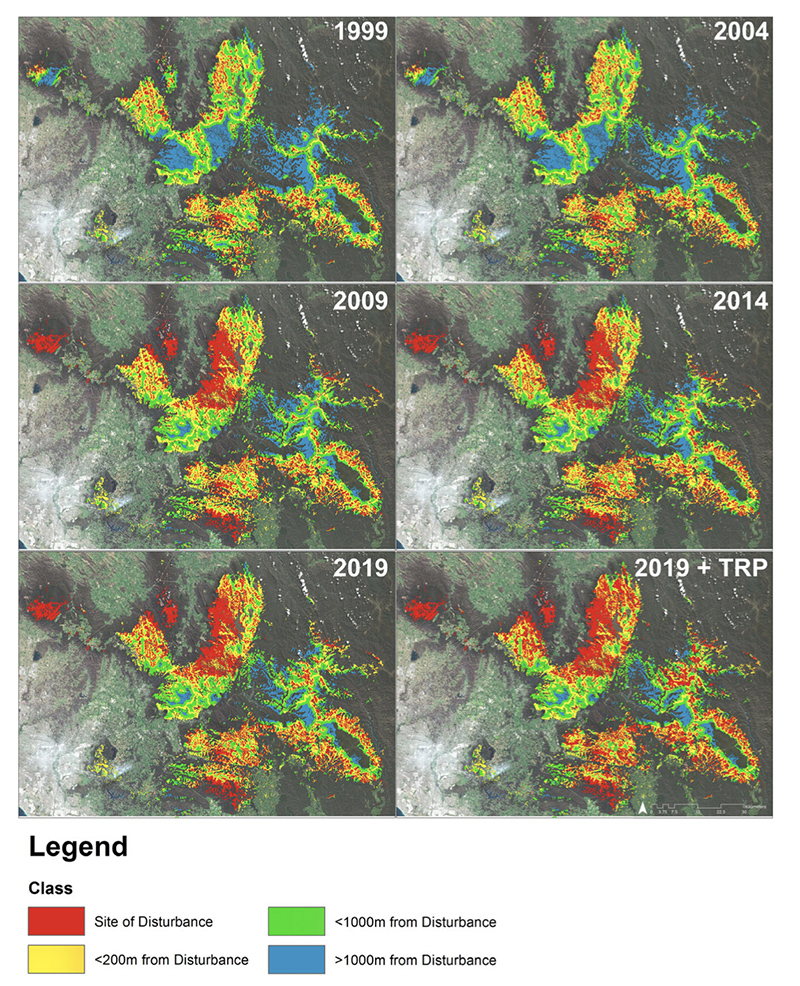 Fig 6 The location of disturbed areas and the proximity to disturbance in Mountain Ash and Alpine Ash forests. doi:10.1111/aec.12863 © 2020 Ecological Society of Australia 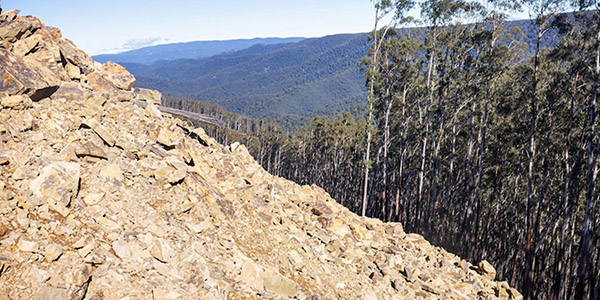 Much of Victoria’s logging is illegal

VicForests is involved in “widespread and illegal logging

The Victorian government has eroded regulations

In response to illegal logging regulations are being eroded.

Another consequence is the impact on citizen science through exclusion zones and seizing electronic devices. 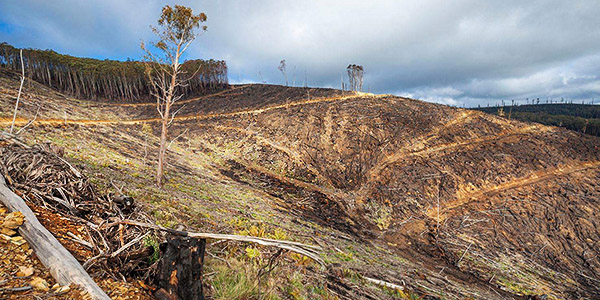 Logging is a dead economic loss

The Age, reporting on VicForests financials, noted a $4.7m loss despite “selling $84 of forest products,” and an $18m public subsidy. VicForests blamed ongoing lawsuits and bushfires: “an unprecedented number of court challenges from community environment groups and the destruction of timber in the Black Summer bushfires.”

Michael West Media reports that despite large sales of forest products and secure contracts, VicForests losses are growing. The last time they made a profit was 2016. “VicForests’ balance sheet is only helped by “other income from Victorian government entities”, which this year exceeded $18 million. These payments are largely grants for VicForests’ role in the Leadbeater’s possum recovery program … which VicForests actively flouts. This transfer of wealth from the public to the forestry industry doesn’t even achieve the protection of threatened species which it claims.”

More about the value of outdoors economy and ecotourism

A 2016 report found that nature-based outdoor activities add $6.2 billion per year to Victoria’s economy, supporting 71,000 jobs, or 2% of Victoria’s total workforce. Return on investment per dollar spent is 14 cents for the native logging industry compared to $1.92 for the food and accommodation sector and $1.72 for other services demonstrating that services and tourism are of far greater economic benefit to regional towns than logging. 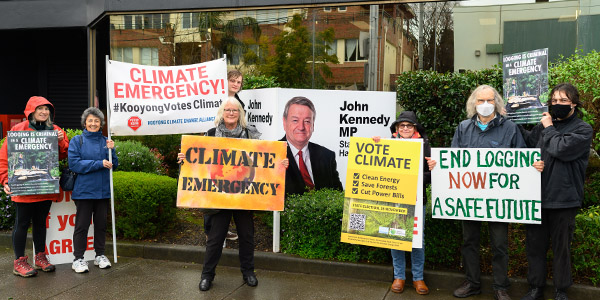 More about support for native forests

“A statewide poll conducted by Reachtel in 2016 showed over 92% of Victorians think that state forests should be places for wildlife, trees and nature to be protected, recreation activities, commercial tourism and safely storing carbon. The same poll found just 7% of Victorian’s think state forests for be places for logging for wood and paper products.”  Reachtel poll cited in Friends of the Earth information sheet..

Our forests and their wildlife and flora are already on the brink. Logging native forests for paper and low grade wood products should have ended decades ago. Continued logging in a climate and extinction crisis is senseless and criminally irresponsible. It puts the lives of Victorians at risk. 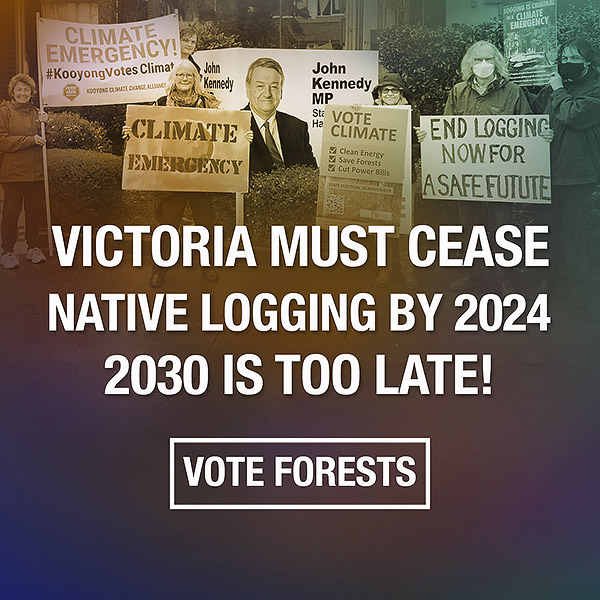 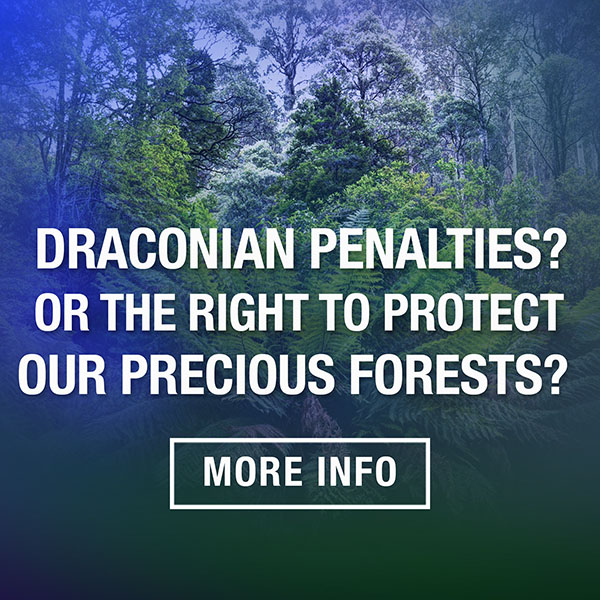 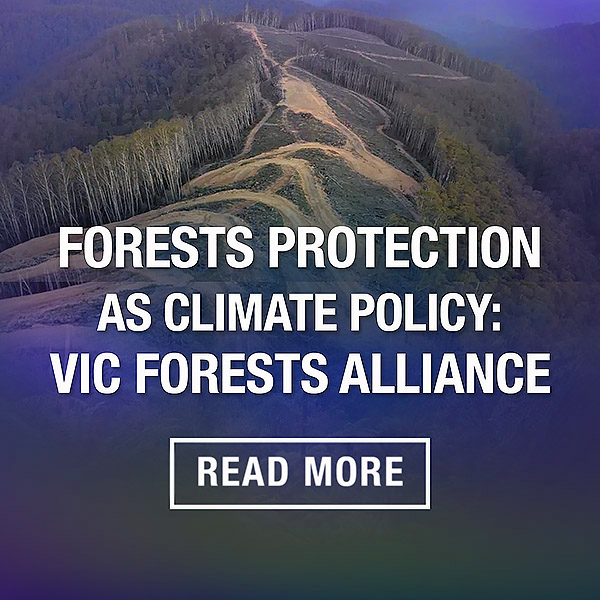 End all native forest logging by 2024 to protect our carbon stores and biodiversity.