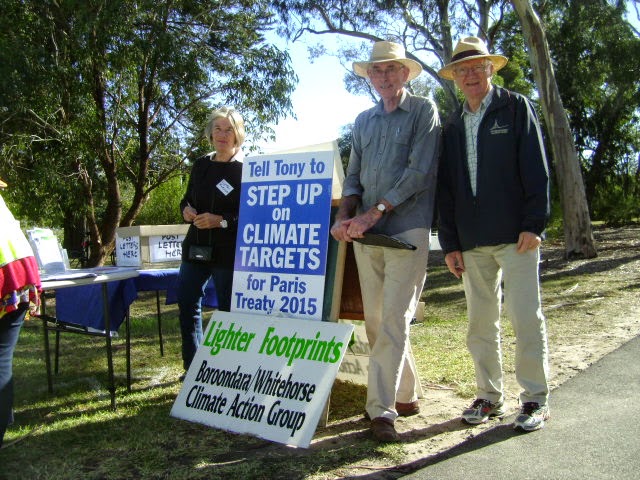 Lighter Footprint’s members turned out in force again on Saturday 21 March to run a stall at the Kew Festival.

Our model of a solar thermal power station was once again a major highlight, attracting many families to our display where they learnt that heat stored in molten salt during daylight hours can be used to generate power after the sun has gone down. 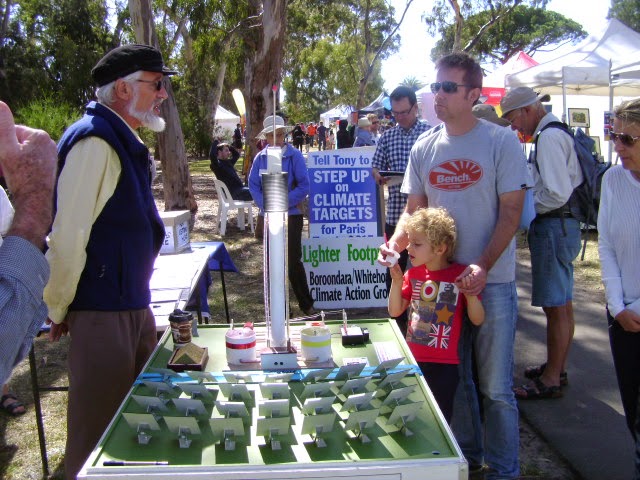 We also had hundreds of members of the public keen to sign letters to the Prime Minister Tony Abbott and Kooyong MP Josh Frydenberg asking for the current renewable energy target of 41,000 gigawatt hours of renewable energy by 2020 to be retained.

The uncertainty caused by last year’s review of the target, headed by climate skeptic Dick Warburton, has caused new investment in clean energy to plummet a shocking 88 per cent over the last year.

Major projects have been put on indefinite hold and staff cut, including 100 jobs at wind turbine manufacturer Keppel Prince in Victoria.

Despite the huge damage being inflicted on the renewable energy industry by the current impasse, the Abbott Government still seems determined to slash the existing target, although they need the support of the ALP or cross bench senators to do so.

Negotiations are still underway, with the latest reports being that the Abbott Government wants the new target to be cut to 31,000 gigawatt hours by 2020 – a target that the clean energy industry rejects as unacceptable.

The letters signed at the festival also requested that Australia take strong targets for national emission cuts to the climate conference to be held in Paris at the end of the year.

This meeting of the world’s nations will hammer out a new global treaty to come into force in 2020.

The USA, China and the EU have already announced ambitious national targets but Australia has yet to do so.

The old excuse that Australia should wait until the major polluting countries took action no longer holds water as China and the USA, the world’s two biggest biggest polluters are now acting forcefully.

China is the world’s greatest investor in clean energy and its emissions fell two per cent last year  – so it appears to be already easily meeting its target of peaking its emissions by 2030.  As a result, the world’s emissions stayed stable last year, according to a recent and very encouraging report from the International Energy Agency.

Now Australia needs to also step up and take responsibility for dealing with its emissions, rather than lagging behind. It’s time to once again to be lifters not leaners on climate action.

It seems many of the public agree with us. We ran out of letters at one stage and had to urgently make more.  Local people were still trying to sign letters while we were packing up at the festival.

Join us as we work for strong climate action (see notice about our next meeting below the photos). 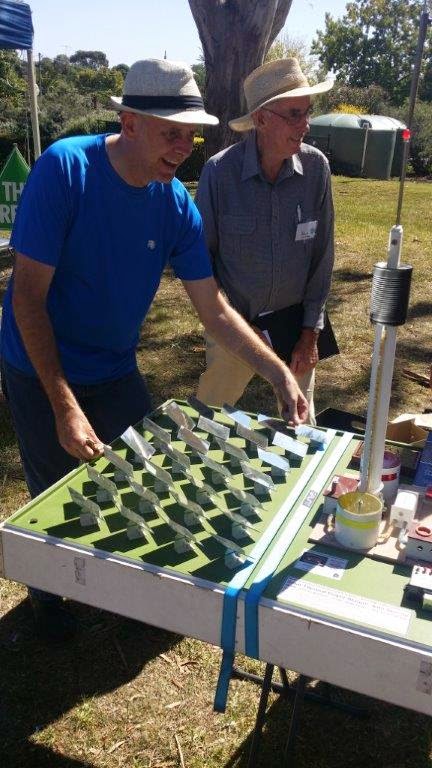 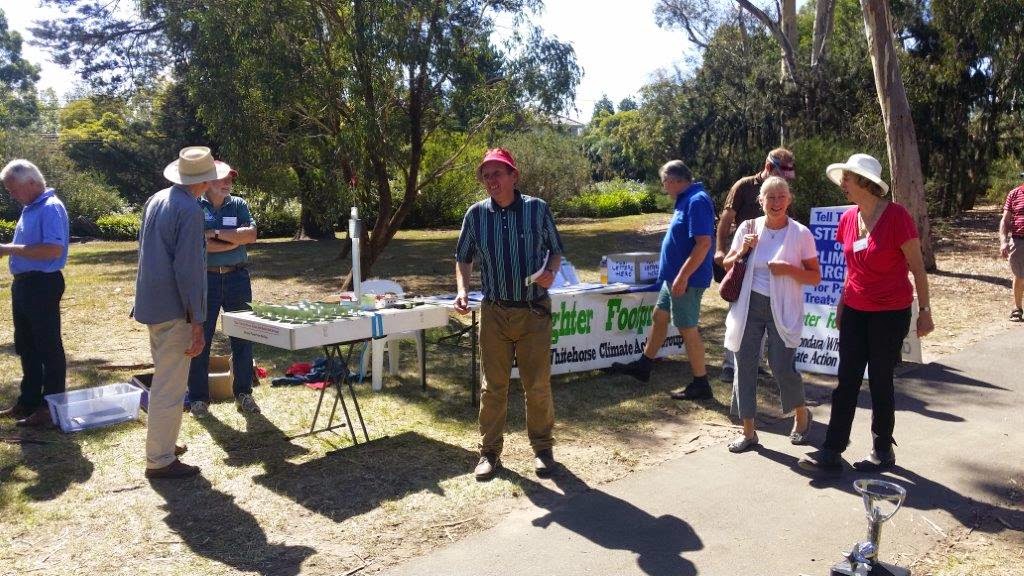 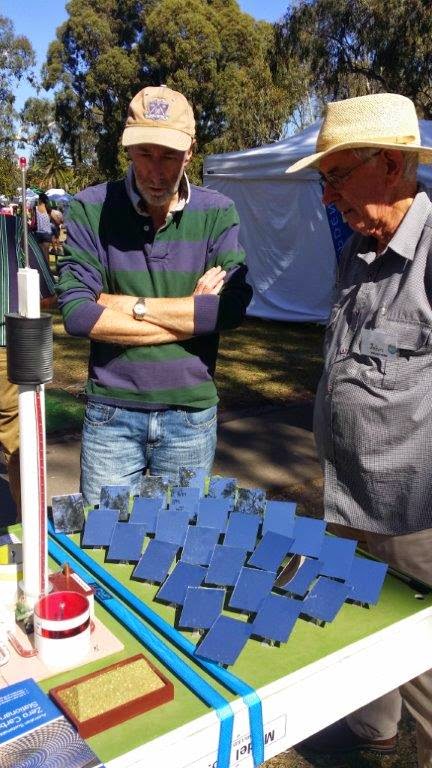 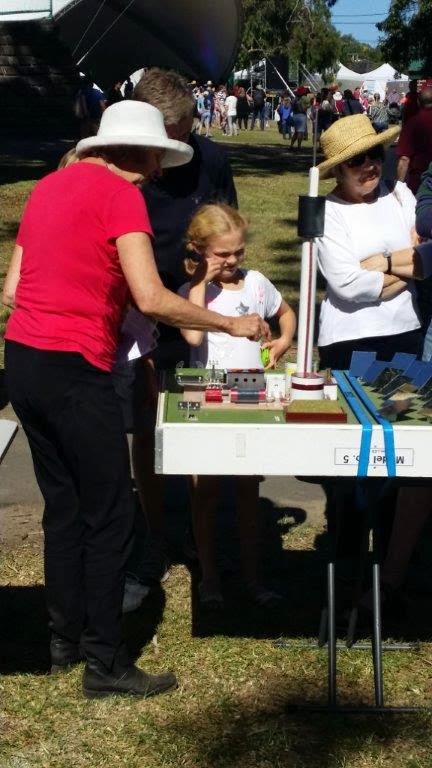