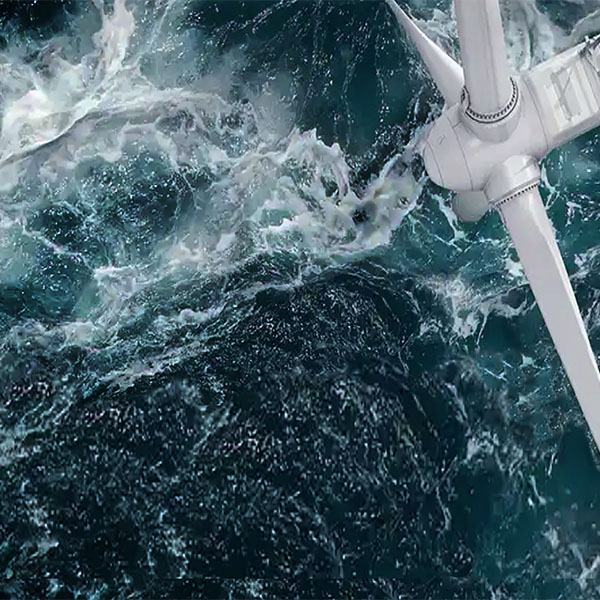 The potential for offshore wind is huge. University of Technology, Sydney experts writing in the Conversation state that “Offshore wind projects can provide a win-win-win for Australia: creating jobs for displaced fossil fuel workers, replacing energy supplies lost when coal plants close, and helping Australia become a renewable energy superpower”. They also note that “wind conditions off southern Australia rival those in the North Sea, between Britain and Europe, where the offshore wind industry is well established.”

Offshore wind is booming overseas, with the UK planning to increase from 10 to 40 GW by 2030, enough to power every home. “The wind energy industry has become one of the country’s most prized industrial success stories” where “building costs have been driven down by almost two-thirds“. The EU is looking at 60 GW, the US 30GW and Japan 10GW.

More than 10 offshore wind farms are currently proposed for Australia with a capacity of 25 GW. If these are all built their combined capacity would be greater than all of the current coal-fired power stations.

Offshore wind has complementary load profiles with solar and conserves land. It is a mature technology, with strong international growth and continuing cost reductions.

“Globally, the cost of offshore wind is falling rapidly; high capacity factor wind can diversify clean energy generation; and it can connect into the network and displace current coal-based generation across regions (Newcastle/Hunter, Bass Strait/La Trobe Valley) to utilise existing infrastructure. The development of offshore wind can support a just-transition by redeploying workers from the coal, oil and gas sectors.”

Where should offshore wind be built? Key locations are off the Gippsland coast, as well as the coasts of the Hunter and Illawarra regions and off Tasmania’s north-west, according to the draft 2022 Integrated System Plan issued by Australia’s energy market operator. At least 12 projects are in the early stages of development.

The Victorian government has announced ambitious targets for offshore wind capacity of 2 gigawatts (GW) by 2032, 4GW by 2035 and 9GW by 2040. If this is all built it will provide in the region of 40 terawatt-hours (TWh) of power, “close to all of energy used” currently in Victoria. The Victorian offshore wind target would help drive an offshore wind industry: “Maximising the potential of local wind resources could sustain up to 3,100 high-quality local jobs for 15 years during the development and construction phases, and up to an additional 3,000 during ongoing operations.”  To achieve net zero by 2050, Victoria’s renewable electricity generation will need to expand by three to six times, and the proposed 13GW of offshore wind would create 20% of generation needs by 2050. 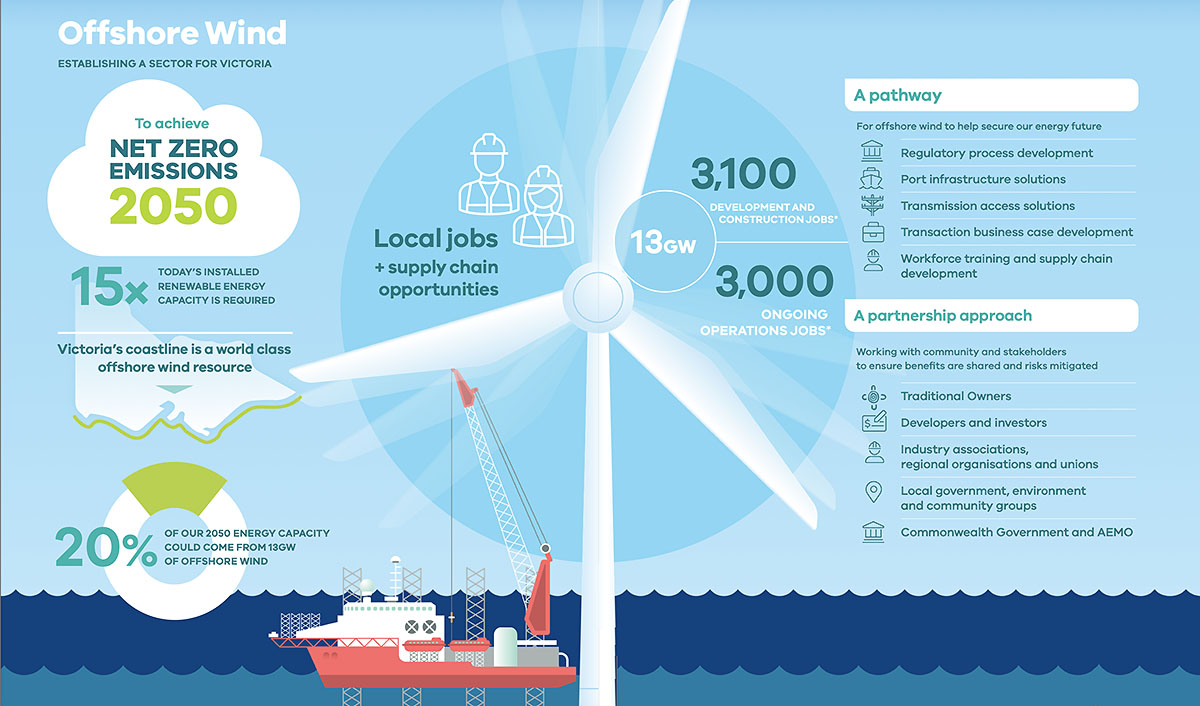 Victoria’s plans have been given a boost by the Morrison government passing the much delayed Offshore Electricity Infrastructure Act 2021. Onshore wind will lessen Victoria’s dependence on energy imports, important due to the higher percentage of Victorian land area that is locked up in conservation areas or is less suitable, than, say NSW (Fig 7).

Star of the South

Feasibility studies are underway for several projects. In Victoria, the $10bn Star of the South project is the most advanced offshore wind project under development in Australia and will provide 2.2GW of power which is enough to replace ageing Latrobe Valley power stations.

The project would consist of two hundred 12-18MW turbines laid out to catch the best wind resource.

Array cables connect to undersea substations, and then to export cables that will be below ground for the first 1km, then connect to an existing substation and enter the existing La Trobe Valley transmission infrastructure, with much of the route in the existing Basslink alignment. 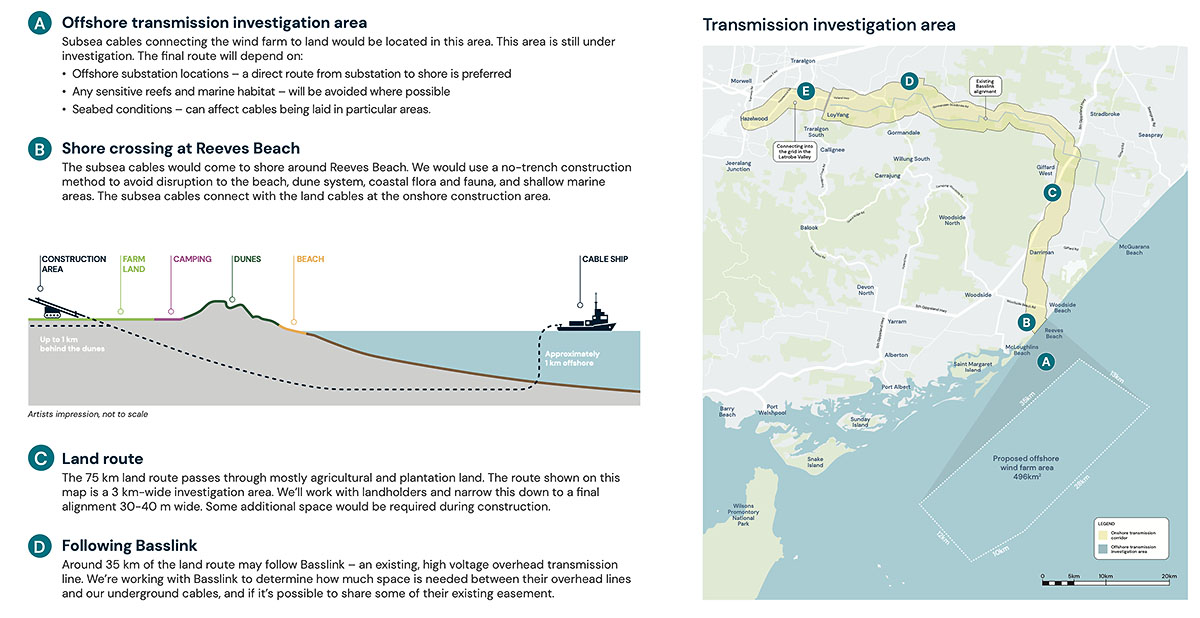 So what is needed to make this happen? Policy targets and streamlined regulation are key. The Offshore Electricity Infrastructure Act provides a broad framework to enable offshore renewable energy developments. Policy targets help provide the certainty of an ongoing pipeline for windfarm developers. Streamlined regulation is also important to help the developers navigate different state and federal agencies.

A recent policy paper stresses the value of strong policy supports. The article in The Conversation cites this reference:

“We found the experts shared strong support for the use of policy targets. Why? Because policy targets help provide the certainty of an ongoing pipeline for windfarm developers. Other state governments could follow Victoria and use targets to kickstart the offshore wind industry. Targets alone will not be enough. Our experts singled out streamlined regulation as important. Some European nations have moved to coordinate offshore wind siting, consultation, and project development processes. Japan is now looking to adopt this approach.”

Offshore wind fits well with onshore PV (solar panel) generation. While PV generation peaks during the middle of the day, offshore wind in Victoria is typically strongest during the afternoon and evening matching the peak period of electricity demand. The Offshore Wind Potential for Australia Report states the following:

Victoria is supporting the development of an offshore wind industry with around $60m investment through the Energy Investment Fund, levering around 4GW of generation capacity from around $18bn of investment. 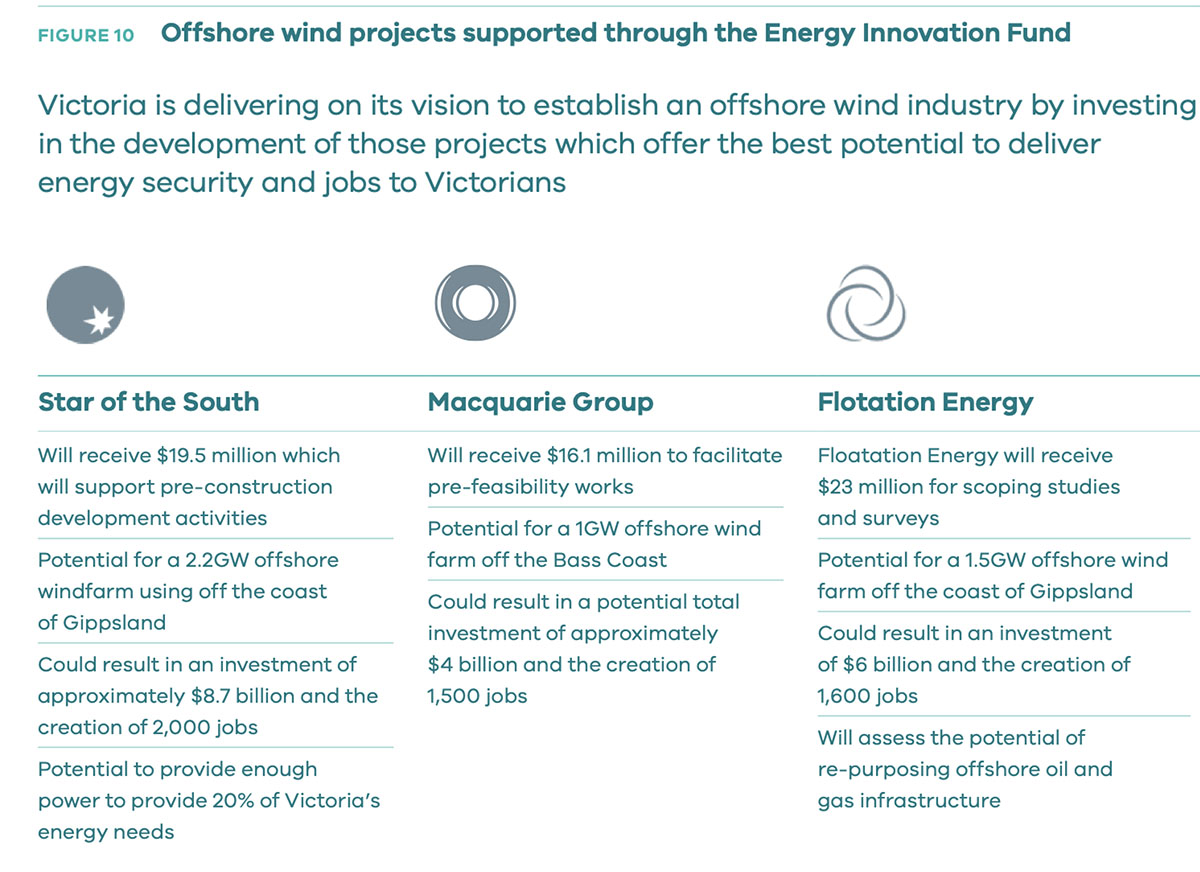 Costs continue to decline in the industry. Offshore wind also has very high capacity factors, and lower generation variability, for instance the Offshore Wind Potential for Australia report cites Hywind Scotland- the world’s first floating wind farm – as having capacity factors of 57% in 12 months to March 2021. This compares to 25% for onshore wind (IEA, 2019). 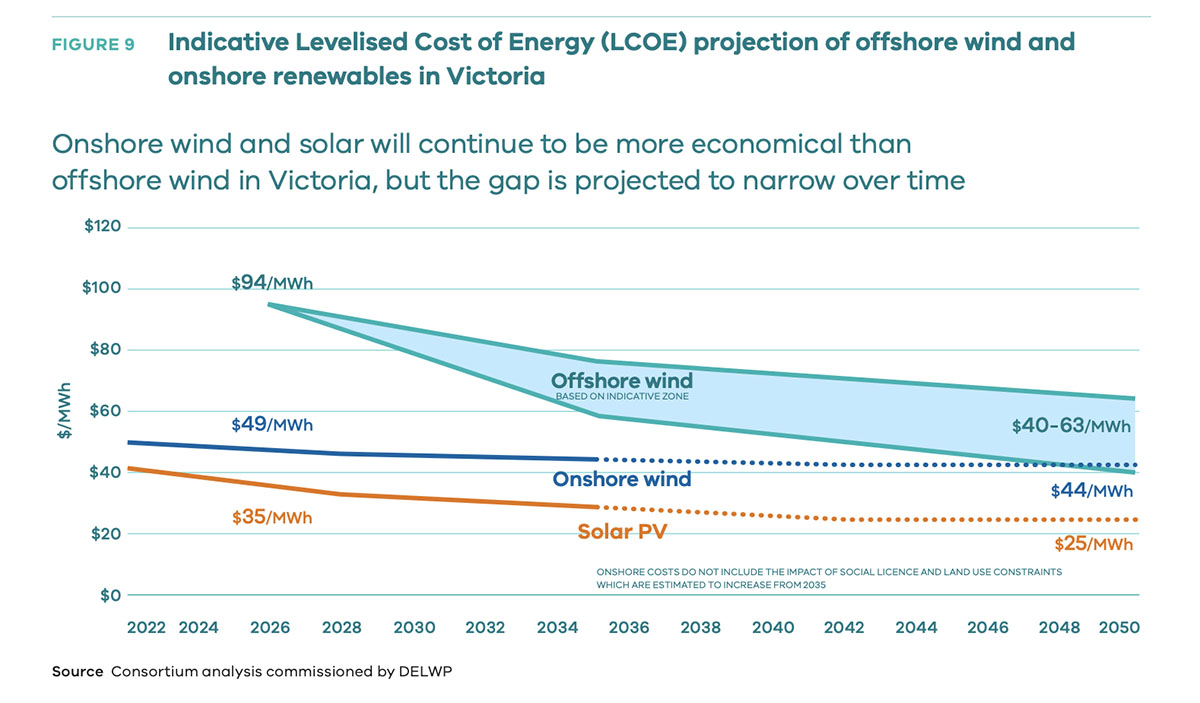 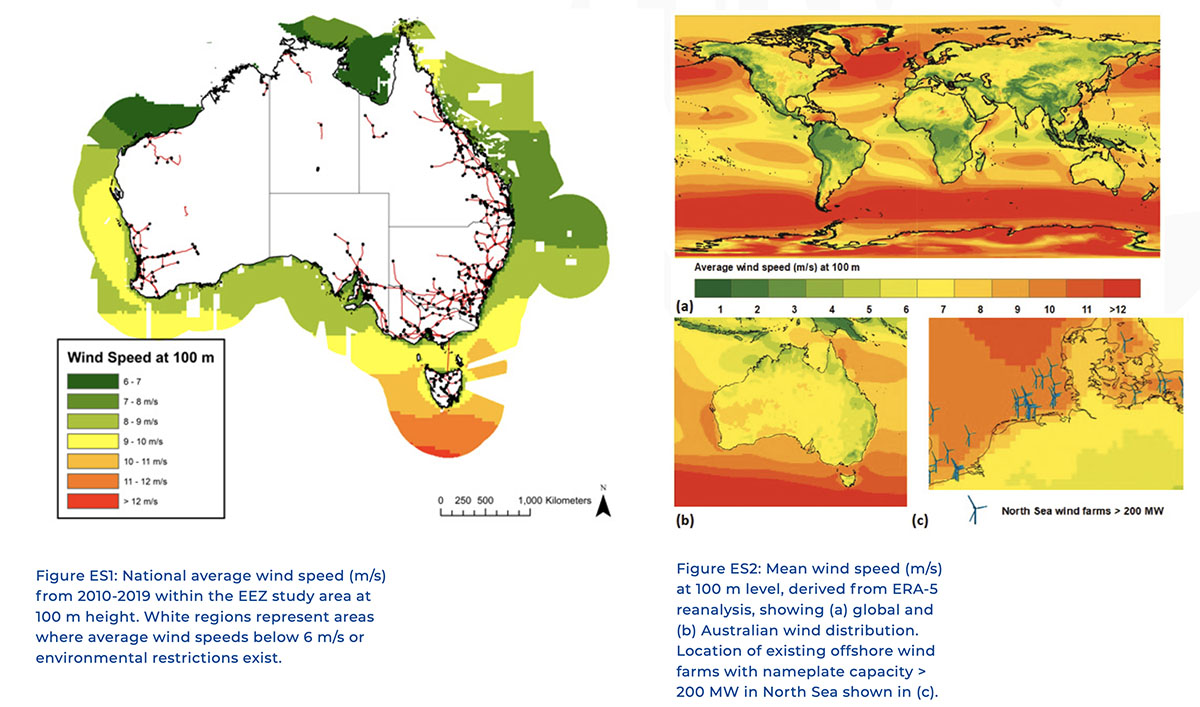