Want to write a letter to the editor? Here’s how! 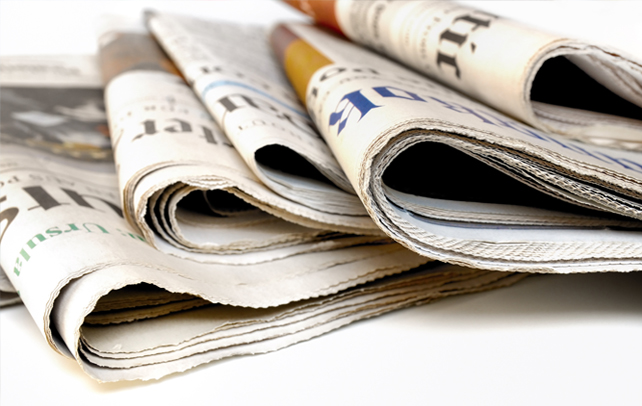 Why write letters to newspapers?

Letters to the editor are very popular with readers. A well written letter has the potential to change the view of thousands. Politicians take notice of letters and assign daily reading as a task to staff. Some letters like this one may even get “top billing” in a national paper. 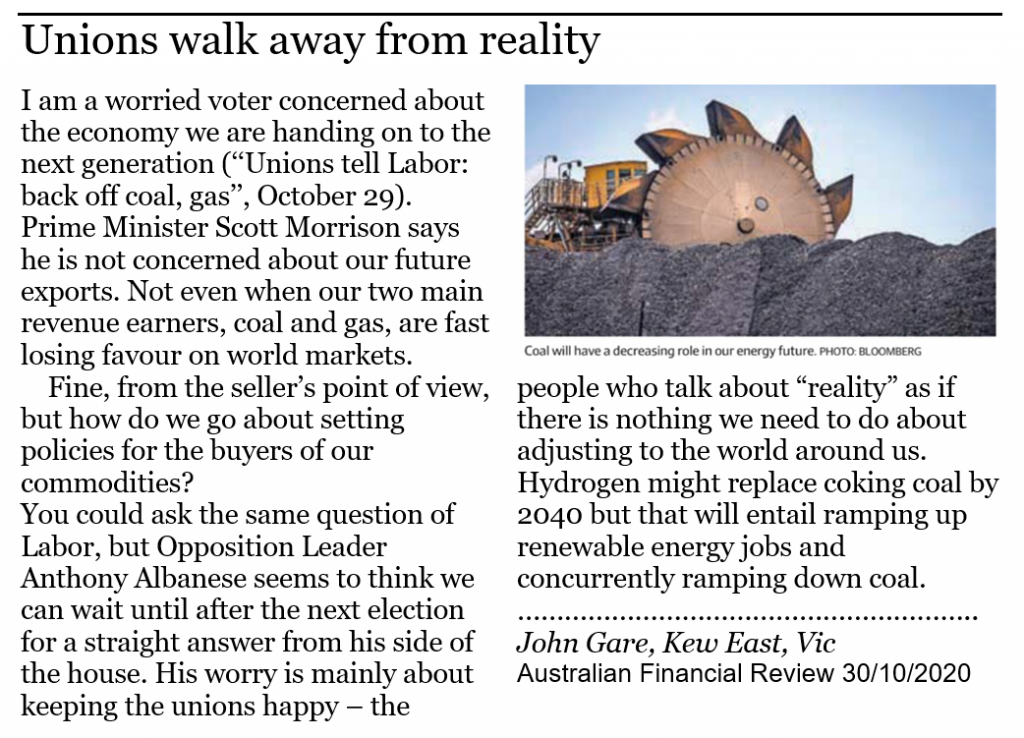 But I can’t write

Yes you can. Anyone can write a letter to the editor. It does not have to be an important literary work. Rather it has to communicate simply one topical idea to the reader. It has to impress the editor and appeal to the readership. Letters do not have to be full of facts and figures and quotes from reports. Some of the best letters are short, tell personal stories and convey feeling and emotion, including humour. Recent findings show that a proportion of readers either switch off from or don’t understand scientific and logical argument. To reach this group, keep it personal and simple. But if you love researching the latest science – go for it. You will impress your peers.

OK but how long does it have to be?

The good news is that short is best. The editor gets hundreds of letters each day and they all compete for space. A shorter letter has a greater chance of being published. Lighter footprints has found that 50 to 150 words is an optimal length. Don’t try and pack too much in. Just make one or two points briefly and clearly – but with style and clever tricks.

How do I submit the letter?

Just paste the letter into the body of an email and hit send. But don’t forget to include your name, address and telephone number. Sometimes the newspaper will call you to verify or request your approval for an edit. Alternatively complete the newspaper’s online form – most common for regional newspapers. See ‘Nuts and Bolts’ below for email addresses for newspapers.

But there must be more to it than that!

Of course. It’s an art form. Even Leonardo da Vinci did an apprenticeship! But even the most experienced and talented letter writers don’t get every letter published. On average 1 in 3, 1 in 5 or 1 in 10 of your letters will be published depending on which newspaper your write to. Getting a climate letter in the Herald Sun or The Australian is much harder than The Age. You may also have better success writing to regional newspapers, provided you are respectful and not a big city smarty pants.

But what are these ‘clever tricks’ I need to know?

Be timely and topical

If you are responding to an article in today’s paper, submit your letter before midday on the same day to maximise your chance of publication on the next day. This is especially important for capital city papers but less important for smaller regional papers. If you are not responding to something, but writing off your own bat, think about whether there have been any related issues in the paper or on the news recently. If you can tie your letter into a current issue you will have a better chance of getting it published. Make reference in your letter using brackets and quotation marks as follows, ‘DESPITE significant government subsidies, the viability of the Portland aluminium smelter has been questioned for years (“Power share to save smelter”, Editorial, 30/10). Part of the reason that  ….’

This is a layered approach to writing. For example

The filling layers can vary in nature, but the slice’s of bread often take the form above. Here are some examples. 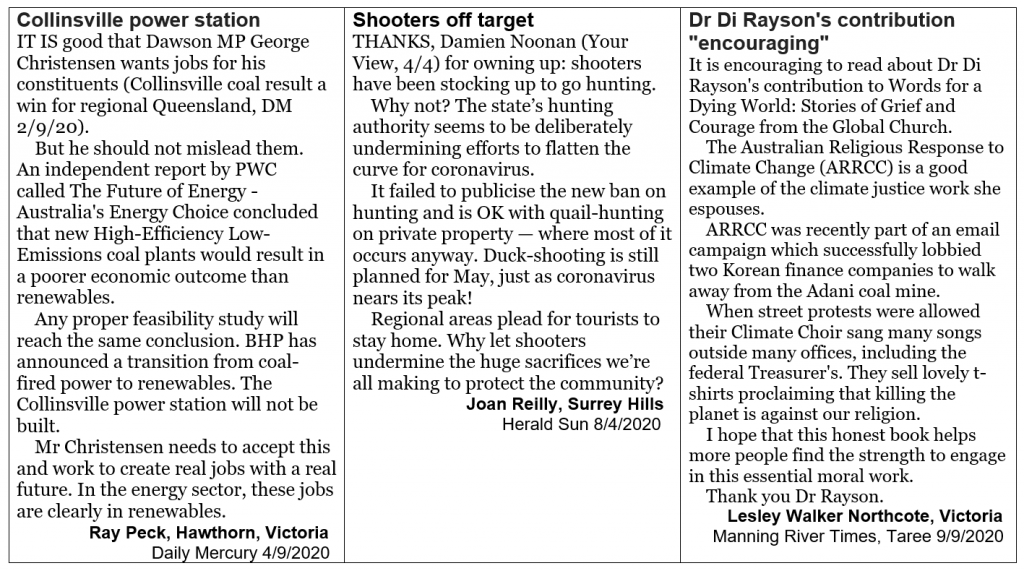 Team up with others

Numbers matter. Put yourself in the mind of the editor. If the editor receives several different letters on the same topic, on the same day, the chance of publication is higher. So be organised, perhaps form newspaper focus groups. That allows you to target the newspaper audience and replicate newspaper style.

Draw on factual reports and scientific information by all means but reword and personalise, tell your own story. Not all letters need facts and figures, in fact some readers are turned off by numbers and scientific language. Don’t be afraid to use narrative, emotions and values. Be creative – perhaps use the voice of an endangered animal. Use word-play “With less diversity of views in government on climate action, our biodiversity would be better off!”. If you can come up with a catchy, clever title, include it in your submission. A busy editor may like it. Sometimes the titles chosen by editors are less than desirable. The following examples are creative and different and would catch the editor’s eye. They are very readable and the message is clear and memorable. 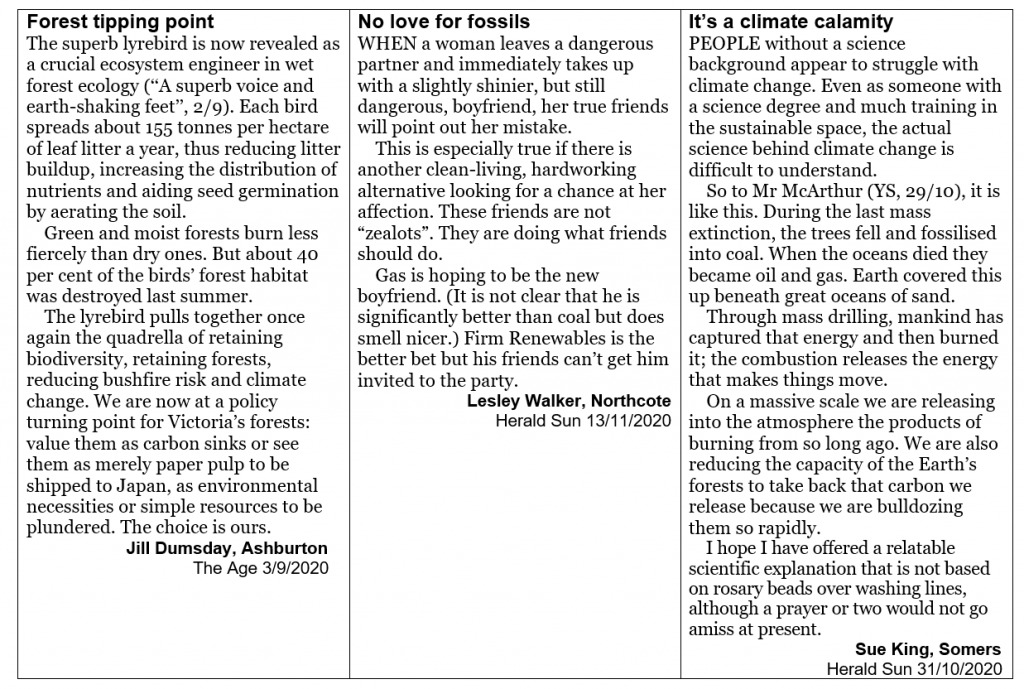 Using humour and wit can give your letter an edge. But it can be hard to do well without being silly. Here are some examples where the humour is used for a purpose, not just for the sake of getting a laugh. 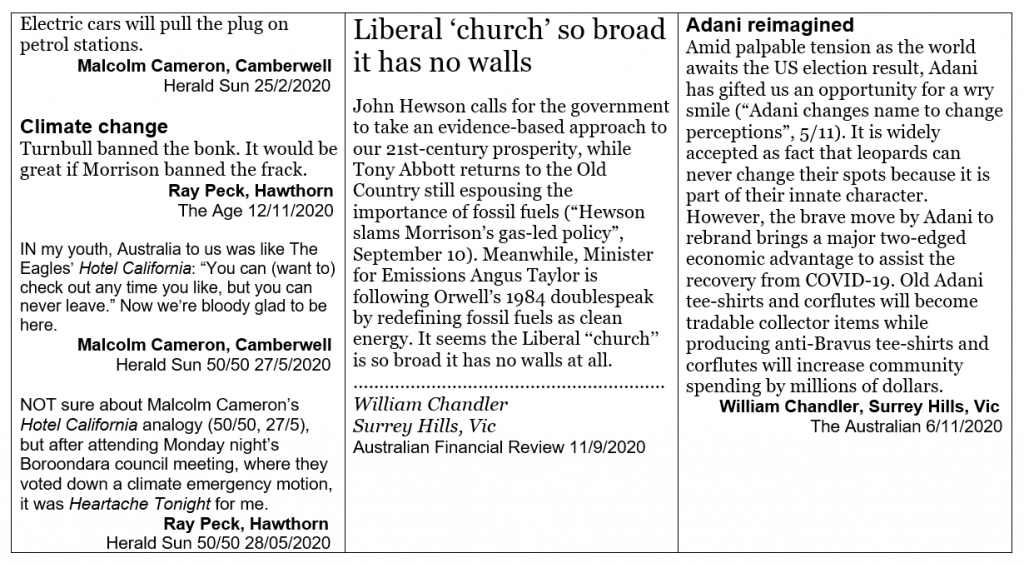 But scientific argument is fine too

There’s plenty of misinformation out there, and some of it is deliberate. There are also misconceptions and myths. Just remember that only a small proportion of the population have a good level of scientific literacy so avoid technical language. Sue King’s letter above is a creative way of explaining key scientific ideas. Here are some published examples where ‘heavier’ information has been published. The readership of the three papers shown can handle letters of this nature. In such cases, it’s useful to provide the editor with the source (if it’s not in the letter) so that the information can be checked. 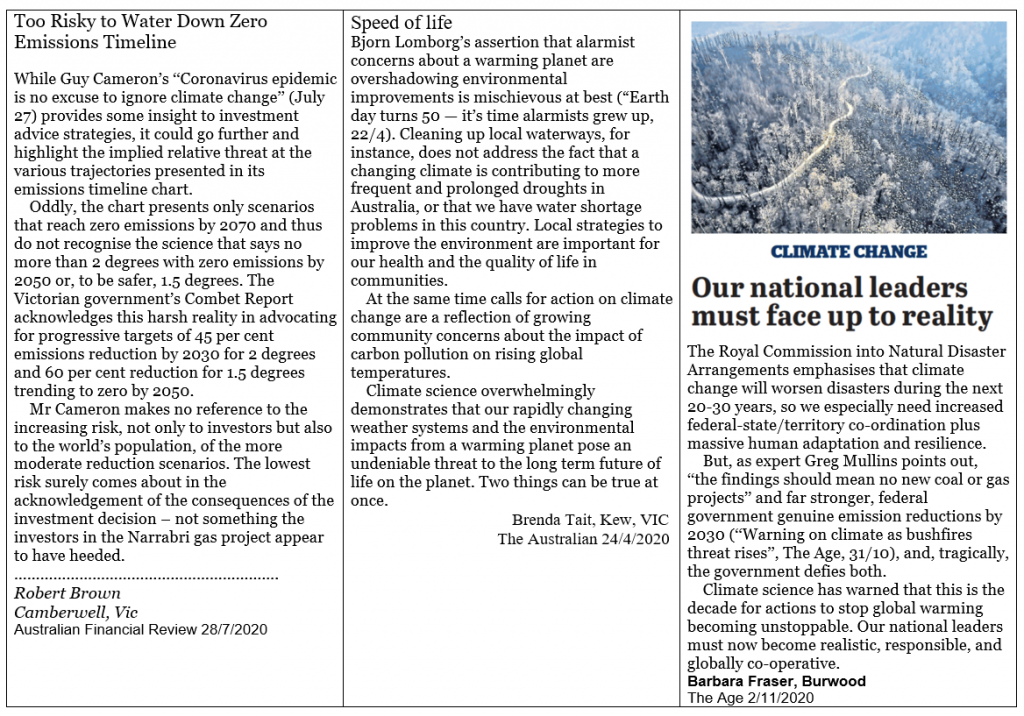 Before sending, don’t rely only on spell checker, read it out aloud, give it to a friend to read. Even run it through Scribens.

This document has the email addresses for key newspapers, instructions how to find others, a template and advice on organising your letters. Newspaper contact details, template and folders.

Many groups have publicly available excellent resources. We recommend this set.

Climate for Change MP Engagement Group   (Scroll down on site)

Groups discuss, share and celebrate. Some run workshops. A good way to get feedback on your writing and learn from the experience and skills of others, some who have been writing to the newspapers since they were old enough to pick up a pen.