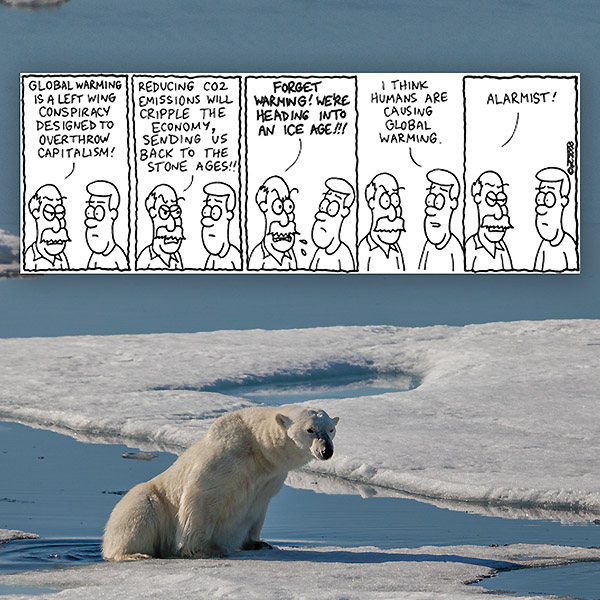 We all know people who don’t believe climate change is a problem.

And we all sit somewhere on this scale.

The purpose of this blog is to help counter some of the myths that are believed by people who are positioned towards the lower (right) end of the scale. Those who are ‘Dismissive’ tend to have entrenched belief systems that are unlikely to shift. But as Rebecca Huntley says, we do need to “drive the Dismissive group out of positions of power in our government, stop the flow of their donations into our political parties, and find smarter ways to engage with them in the media, including social media.” Read more >>

Myth #1: It’s the Sun – the Earth’s climate has always changed

The varying intensity of energy from the sun has driven long-term climate changes like ice ages in the past, but the sun cannot explain the recent spike in warming. As this NASA graph shows, solar irradiance is declining yet the temperature is rising sharply. Read More » 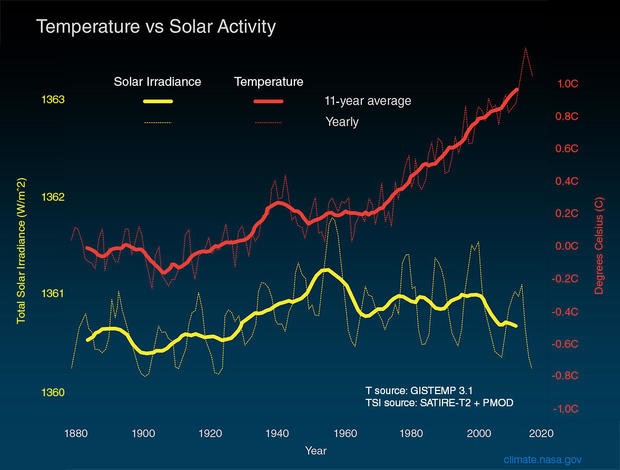 Myth #2: Carbon dioxide is a harmless gas, it’s good for plants, the amount in the atmosphere is tiny, and water vapour is the main cause.

Yes plants need CO2 but humans are creating more than can be stored and levels are rising. There hasn’t been this level of CO2 in the atmosphere for over 800,000 years. CO2 stays in the atmosphere for over 300 years acting as a blanket and warming the Earth – the greenhouse effect. Water vapour is abundant but is short-lived and does not control the Earth’s temperature. It is instead controlled by the temperature. More CO2, more warming, more water vapour. This is called a feedback relationship. Read More »

Myth #3: Scientists disagree on the cause of climate change. There’s no consensus.

Between 95% and 100% of publishing climate scientists agree that humans are the main cause of our warming climate. Many studies have evaluated the scientific consensus, but the most famous, downloaded over 1 million times, is this 2013 paper quantifying that agreement at over 97%. In addition, most of the leading scientific organizations worldwide have issued public statements endorsing this position. Read More »

The IPCC states that the net damage costs of climate change are likely to be significant and to increase over time. The intensity and frequency of extreme weather events is predicted to increase. Warming is leading to ice melt and sea-level rise and “climate refugees” will search for new homelands sometimes triggering regional conflicts. The Consensus for Action lists loss of biodiversity and ecosystems such as kelp forests and coral reefs. Tom Kompas at the University of Melbourne has quantified the costs of the harm caused by climate change at over $5000 billion by 2100 for Australia alone. Climate change also impacts health. Read More » 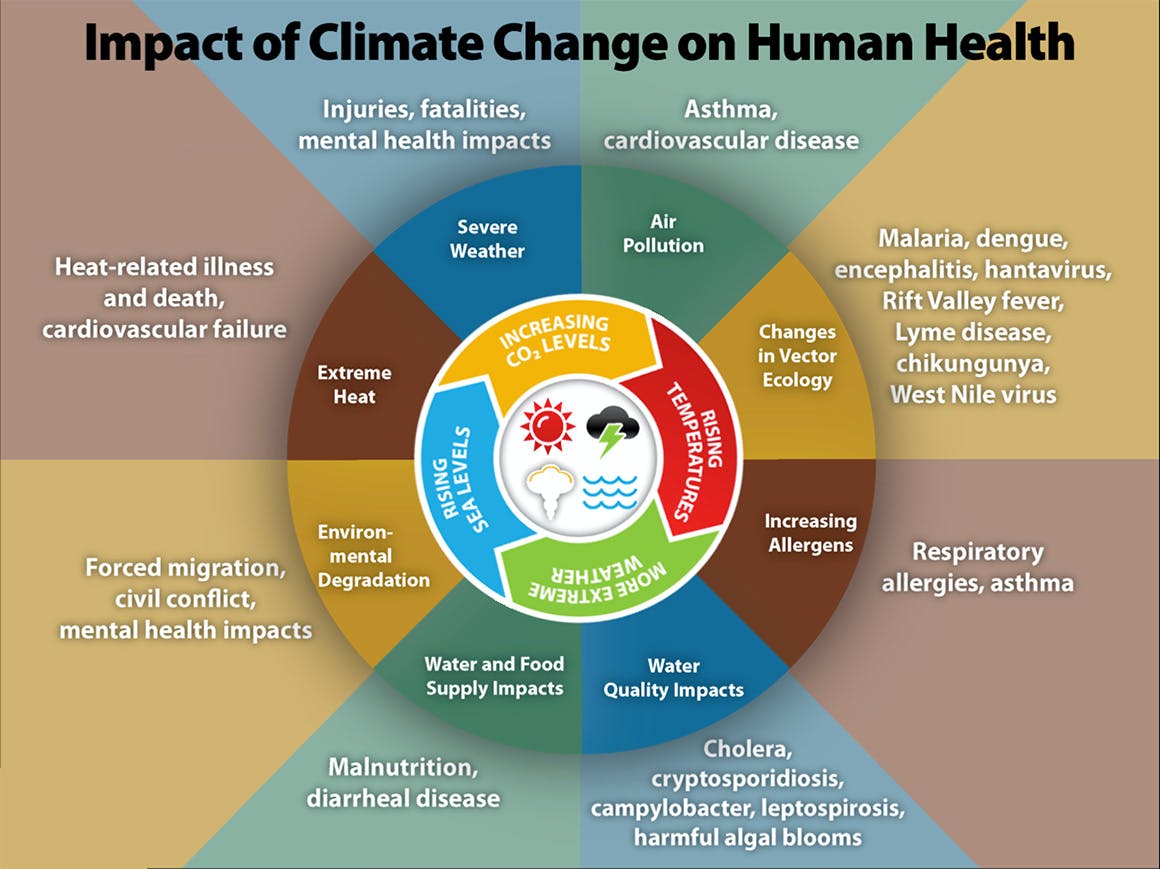 Myth #5: It’s too big a problem. There’s nothing I can do about it.

We have the technology to solve climate change and just need the political will. Research is showing that we can quickly transition to 100% clean, renewable energy by 2050 making fossil fuels obsolete. When we stop burning fossil fuels the climate will gradually cool off again. It will take time to get back to a stable climate, but if we act now we can do it. Read More »

It provides another representation you may find useful. 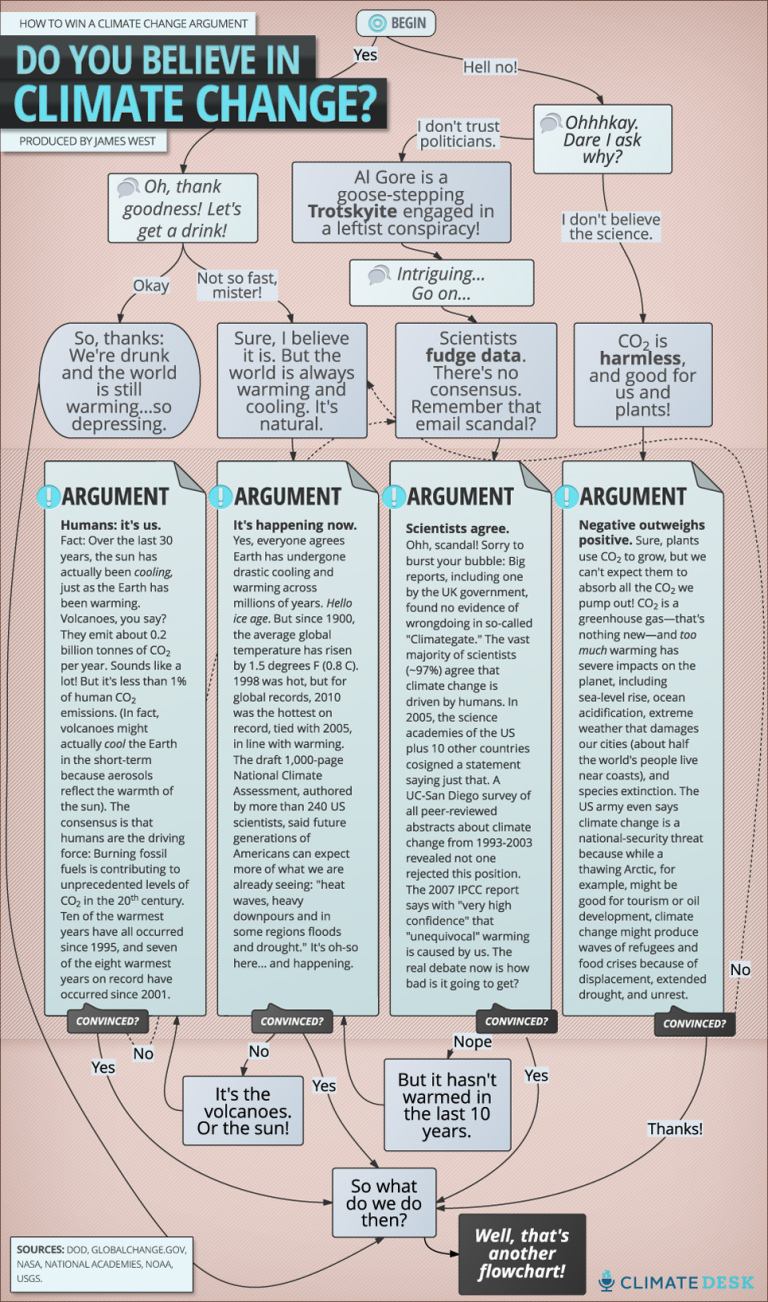