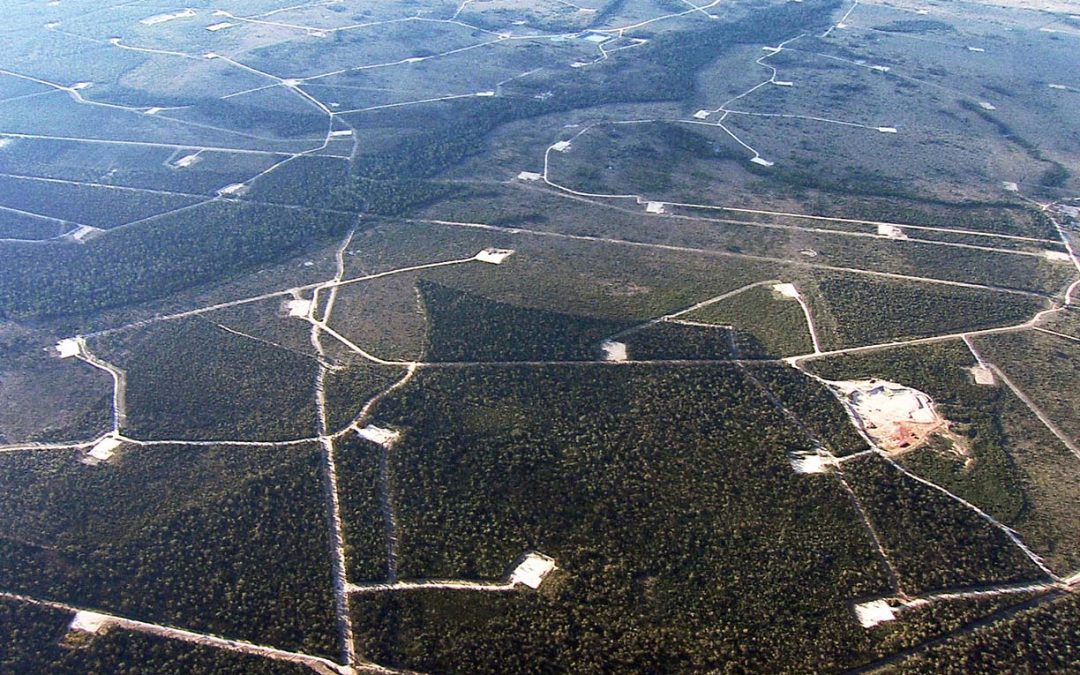 What if the subsidies were redirected?

What if the billions of dollars that governments have spent enthusiastically subsidising fossil-fuel industries were instead redirected to the transition to a decarbonised economy?
For many decades Australian households and businesses have taken for granted the costs of energy being subsidised, including for the production or transport of everything we buy. So even if some of these subsidies may reduce costs to consumers, as governments dish them out of public revenues, taxpayers still pay in the end. Most of these subsidies are hidden, and so they obscure the true cost of these industries, enabling them to continue exploring for, extracting and burning coal, oil and gas. The costs of their pollution of the environment, and the consequences of that – such as extreme weather events – are ‘externalities’ rarely accounted for, so there are no disincentives.

There are many kinds of subsidies

The many kinds of government subsidies include, for example, concessional finance, and infrastructure like refineries, ports, rail, and roads. Governments also grant a ‘fuel tax credit’, allowing some industries that use petrol or diesel ‘in heavy on-road or offroad vehicles’, exemption from the excise that everyone else buying fuel must pay. Cheaper fuel promotes its use and especially favours extractive industries such as coal and gas, as well as transport and agriculture. All this continues, despite governments that profess the cost of goods should be determined by the market.
These subsidies also promote our huge exports of coal and gas, to be burned in other nations that share our planet’s atmosphere. Science confirms this burning as a major source of the global CO2 emissions warming the atmosphere, to global peril.

Despite warnings, government subsidies have increased

The latest IPCC Report warned, as recently as February 2022: “The scientific evidence is unequivocal: climate change is a threat to human wellbeing and the health of the planet. Any further delay in concerted global action will miss a brief and rapidly closing window to secure a liveable future.” (Ref #1)
Yet, as The Australia Institute reported in March 2022, ‘In 2021-22, Australian Federal and state governments provided a total of $11.6 billion worth of spending and tax breaks to assist fossil fuel industries. This is a 12% increase on last year’s figure …’ (Ref #2)

The following graph shows that almost all of the $11.6 billion is federal government money and that three states, Qld, WA and Vic, have managed to reduce their subsidies from the previous year. 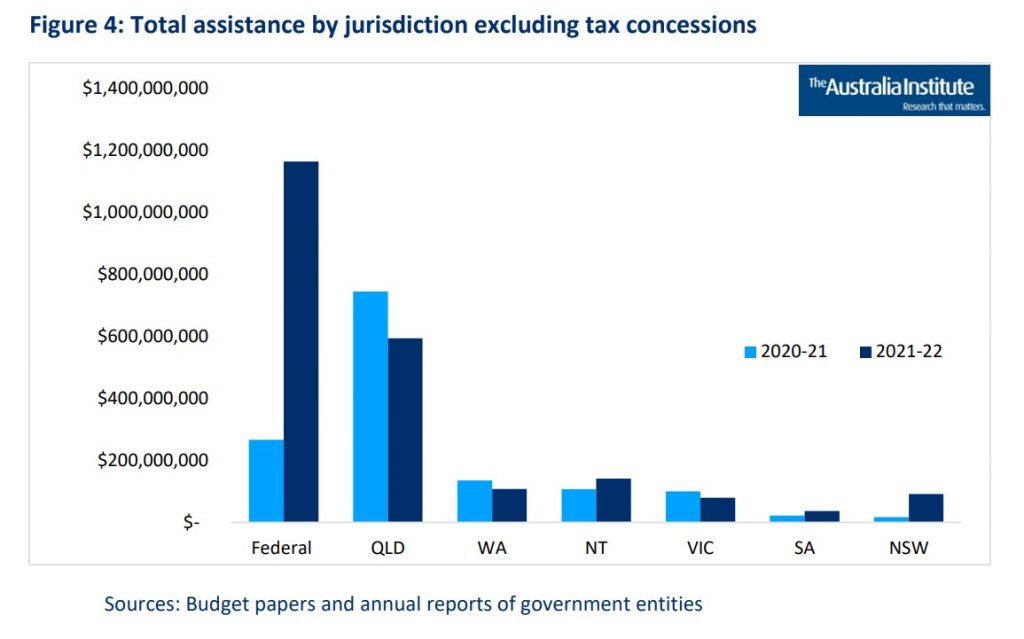 The 2022 federal budget, released in March, reduces the tax on fuel for the general public too, to ‘alleviate the cost of living’ – for 6 months, and just in time for this year’s federal election. In contrast, climate spending in the budget took ‘a 35 per cent cut between now and 2026’, the ABC reported. (Ref #3)

Many Australians have been unaware of the extent to which their taxes are contributing to fossil fuel subsidies. Lighter Footprints argued, in a Blog of 23 Jun 2021, (Ref #4). that Fossil fuel subsidies in Australia exceed taxes received. It pointed out then that, while our taxes continue to subsidise these industries, the world’s most influential energy modeller, the International Energy Agency, was backing the call to end licensing and finance for new fossil fuel extraction.
It is of course a major challenge to unpick all the subsidies threaded through economies that incentivise fossil fuel industries, not least Australia’s. But if such systemic subsidies were redirected to cleaner renewable resources – with which our country is abundantly blessed – our nation could advantage domestic production with our own, secure, energy sources, while stepping up for our fair share of global emission reduction.
Can we Australians acknowledge the true costs of the energy used to sustain the lifestyles we’re privileged to enjoy? At this federal election, will we elect parliamentary representatives who have the vision to put our taxes to work in more responsible ways of producing and using energy?