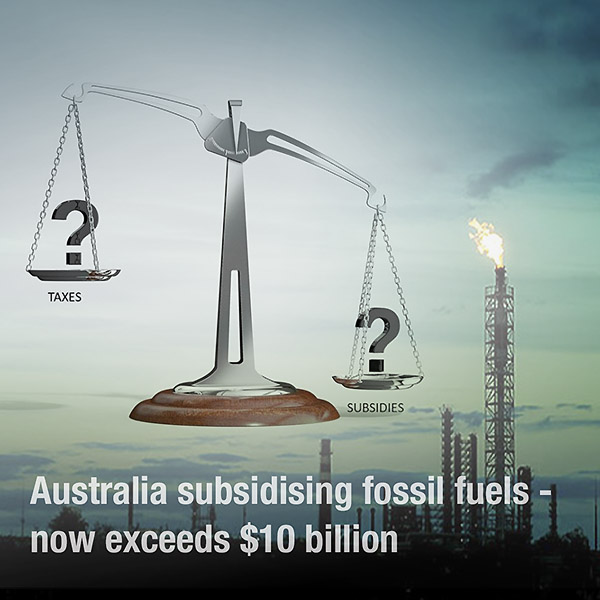 There is a perception that the Australian people benefit greatly from the oil, gas and petroleum industries.  Yet, our government gives substantially more to Big Oil and Big Gas by way of grants and subsidies than it collects in taxes. Little wonder it is difficult to get the facts. But we shine a light on the facts in this article. 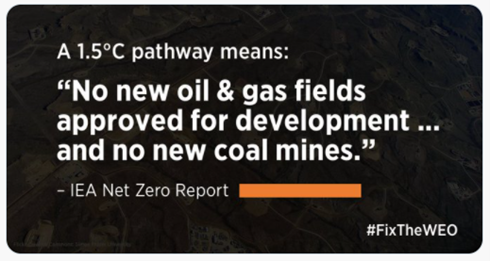 The exact level of subsidies is difficult to ascertain as the government does not publish accurate information but various organisations have estimated the value using robust mechanisms.

While you and I have to pay fuel tax on petrol and diesel the fossil fuel companies don’t.  Does this seem fair to you?   The fossil fuel industry claims that the tax credits are reasonable and therefore not subsidies.  However, it is not right that providing these tax credits to wealthy companies, often based overseas, should come before providing essential services to the Australian people (The Federal Government is currently cutting Medicare rebates while increasing the level of subsidies).  Whether these are subsidies or not they are benefits provided to companies at our cost.

As shown in Figure 5 above more than $1.5 billion accrued to fossil fuel producers in 2018-19, almost half the total that accrued to the total mining industry. Not surprisingly, the mining industry leads an active campaign to maintain this lucrative subsidy. Source The Australia Institute.

While there are numerous federal and state taxes on oil and gas businesses the government does not produce any consolidated report on taxes paid.  However, a number of organisations have attempted to estimate the taxes paid and all estimates are much lower than the level of subsidies.  The best estimate appears to be a little over $1 billion from the Petroleum Resources Rent tax and little more of a material nature.  Interestingly, there has been little response to these estimates which appears unlikely if they were incorrect.

The history of the taxes also provides interesting reading with the universal finding that we are giving away our natural resources as explained in the following articles:

We pay considerably more in subsidies and allowances to the Oil and Gas industry than we collect in taxes.  This makes no sense at all.  These subsidies are given greater priority than the provision of essential services to the community (Reducing Medicare rebates).

The IEA says we must end licensing and finance for new fossil fuel extraction.

Australia would be better off removing subsidies and raising taxes to reasonable rates.  There would probably mean some reduction in activity in the Oil and Gas industries but Australia would be better off financially. It would also make a vital step towards controlling emissions from exports and getting alignment with the 1.5 degree C target and global Paris Agreements for world emissions.