Join the resistance – to gas 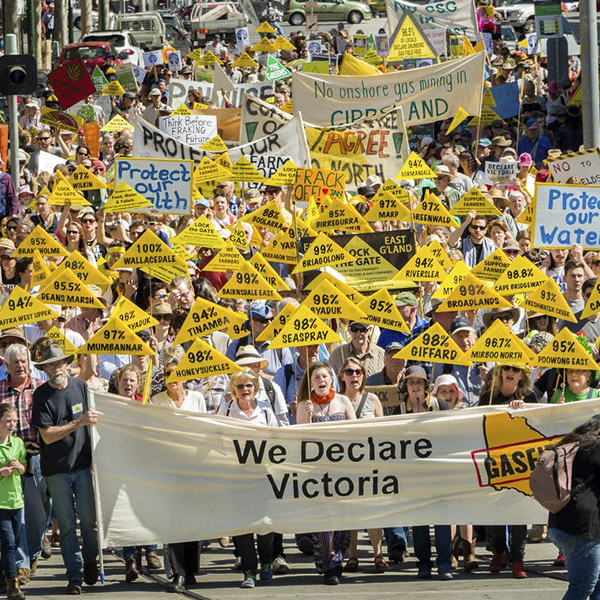 The case against Australia’s gas expansion

The government has put its 5 Basin gas-fired recovery plan as central to its economic vision for exports, ignoring industry forecasts and pressuring critics such as AEMO’s Audrey Zibelman who was asked to change a report’s conclusion and refused to do so.

The fossil fuel industry is heavily subsidised, receiving more – $10bn in FY20-21 – than it pays in royalties. The big players in the gas industry pay zero tax despite large profits from exporting Australian resources. 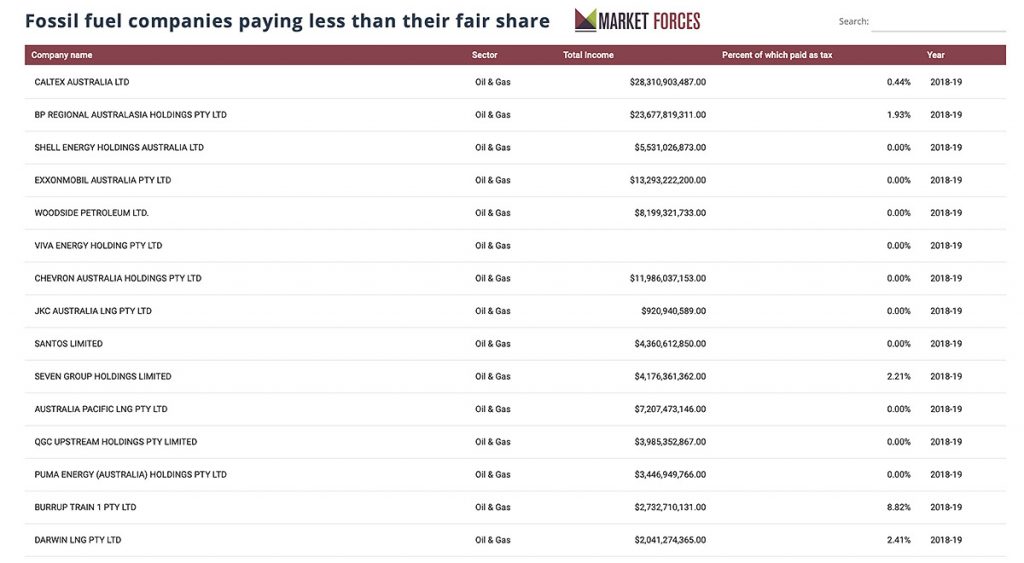 Demand for fossil fuels is in decline across the world and investing in new infrastructure today is likely to generate stranded assets with gas exports falling off a cliff after 2030 according to the IEA. It should not be the government’s role to prop up gas finance with tax payer funds where international uncertainty around gas has increased as the world is taking a decisive turn away from a fossil-fuelled future..

Our government wants to tip public money into massive gas expansion despite our major trading partners, the G7, and even the notoriously conservative International Energy Agency (IEA) saying that the world must rapidly transition away from coal, oil and gas to avoid catastrophic climate damage. As IEA’s Fatih Birol says “If governments are serious about the climate crisis, there can be no new investments in oil, gas and coal, from now – from this year.”

“Australia’s dramatic expansion in liquefied gas production and export is a major factor driving current and future emissions growth” reports the Climate Council, and also states “Emissions from the extraction, processing and export of gas have been the main driver behind Australia’s official emissions staying so high…More investment in gas risks locking in huge investment losses and environmental harm.”

Top scientists are openly discussing the threat of societal collapse “a credible scenario this century”, a follow-on from a 2017 broadside in Nature: “should emissions continue to rise beyond 2020, or even remain level, the temperature goals set in Paris become almost unattainable.” It appears that our Government can’t face up to reality. These new massive gas plans would add significant global pressure to our already unstable climate. Let’s heed the dire warning in Steffen et al: “We cannot exclude the risk that a cascade of feedbacks could push the Earth System irreversibly into a ‘Hothouse Earth’ pathway.”

Australia is blessed with some of the world’s best renewable resources, a skilled workforce, and most of the mineral precursors needed for renewables manufacturing.

It’s time to step up and work for a sustainable future, where we export electrons directly, or as liquified hydrogen or embedded in finished goods, instead of death-dealing coal and gas.

Join us, and support campaigns against gas expansion

The AGL proposal to build a gas import terminal in the heart of a pristine Westernport precinct was rejected by the Victorian government in March 2021 after a longstanding campaign by many local, community and environment groups.

The Victorian government media announcement described their reason as wishing to protect the marine environment and said AGL’s proposal would cause ”unacceptable impacts” due to its location in an an internationally recognised wetland and 12 kilometres from a marine park. The proposal was rejected after a sustained campaign, wide support across the community, a 10 week hearing and a record 6,000 submissions received, with an overwhelming majority opposed to the terminal.

“This has been an exhaustive, open and transparent process and this is the right outcome for the local community, the environment and Victoria as a whole,” Mr Wynne said. “It’s very clear to me that this project would cause unacceptable impacts on the Western Port environment and the Ramsar wetlands – it’s important that these areas are protected.”

Wetsuits for Westernport action organised by Save Westernport, Environment Victoria and other NGOs and groups

Lighter Footprints’ members supported other groups including Save Westernport and Environment Victoria, were involved in actions, and we wrote letters and submissions.

This campaign really showed what people power can do in a more public way. Sometimes it is the quiet conversations that are called for. Meetings with MP’s and government departments. Rational and reasoned logic. But sometimes an issue touches peoples emotions in a very primal way. People’s power can then become truly galvanized and the community collectively shows our politicians what we care about and how many people will mobilize. In the end we had all sides of politics – Federal and State on our side at Westernport.  It was a truly amazing community effort. Save Westernport and EV campaigned for years. And Lighter Footprints  helped ‘bring it to the city’.

We campaigned strongly against these localized environmental impacts, but just as importantly, we also raised two more general points that apply to any proposed gas development in Victoria:

1.” Natural gas prices will never return to the ‘good old days’ when gas from Bass Strait was cheap and plentiful. Gas Price will remain at $8-10 / GJ regardless, and to continue investment in gas locks Victorian households into higher energy costs.

2. Secondly,  for climate reasons, we need to move away from gas. Gas is no longer seen as a ‘clean’ fuel. Emissions targets will increasingly push us away from burning gas towards renewables-electricity powered solutions. The Paris Agreement, the Victorian Climate Act 2017, and a wave of international jurisdictions, like the EU, will  increasingly impose tariffs or place restrictions on emissions from burning gas.

The appliances are readily available – for electrification of home space heating, as well as heat pump hot water for  households – we must be moving this way now – not sometime in the future.

Getting more gas by fracking agricultural land, tapping coal seams, or importing from overseas makes absolutely no sense in 2021.

“Gas Proposal ruled out due to environmental impacts“.

Wow! Disbelief. Relief. Celebrations. We did it !

A celebration was held at Balnarring on Saturday afternoon. Superb weather, superb day. Huge thanks to everyone involved.

Geelong residents are opposed to a gas terminal proposed by Viva for Corio Bay. 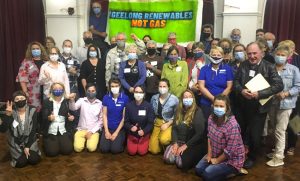 “Viva’s proposal takes our community in the wrong direction. Fossil fuels like gas and coal are on the way out.

“Viva says it supports the transition to cleaner sources of power but, so far, the only detailed proposal is to import gas, a dirty, polluting fuel that can be as damaging to our climate as coal.

“Geelong can be a renewable energy hub. We have the infrastructure, skilled workforce, and proud manufacturing heritage to position our city as the place for a rapidly growing clean energy industry, especially given our proximity to the big battery planned for Moorabool.”

Currently the Australian government sees the Betaloo Basin as integral to its ambitious 5 Basin gas-fired recovery plans. However the scale of climate risk is very high.

Public funds are being used to accelerate gas and oil exploration with $220 million in new funding earmarked to support the Beetaloo development. This includes the $50 million Beetaloo Cooperative Drilling Program and the government committing $174 million for the Northern Territory Gas Industry Roads Upgrades. Recently indigenous groups were promised a Senate Inquiry, with public ‘consultation’ (with a two week deadline) through the recent Senate Submissions. You can read Lighter Footprints’ submission here. Despite this consultation process Minister Pitt has just announced $21 million to a company with strong links to the Liberal Party “to frack the Betaloo Basin”, and Origin resumed drilling finding “valuable liquids-rich gas” (yes, appears Betaloo is still all about oil).

There are at least 10 fossil fuel companies involved in expanding the Beetaloo, including Origin.

Why is Australia still pursuing fossil fuels the world looks to decarbonise?

Demand is in decline across the world and investing in new infrastructure today is  likely to result in stranded assets, particularly given that renewable energy and storage solutions are expanding rapidly. Fossil fuel companies are looking for taxpayers to provide substantial cover for these risks.

Woodside and BHP’s Scarborough to Pluto $16bn LNG project is “the most polluting fossil fuel project currently proposed in Australia”, worth more than 15 coal power stations, according to a recent joint report from The Australia Institute and Conservation Council of Western Australia (CCWA).

A large new gas field 435km off the Pilbara coast would be developed, the gas piped onshore to be processed on the Burrup Peninsula then processed for exported at an expanded Pluto LNG facility. It would result “in annual carbon pollution equal to over 15 new coal fired power stations, and more pollution than the proposed Adani coal mine”. The direct carbon pollution from this project (over a lifetime, a truly massive 1.6 billion tons) “would increase WA’s total emissions by almost 5% or 4.4 million tonnes per year.”

Boiling Cold states that “Woodside has no Plan B” if Scarborough falls over, and that the project is “no sure thing”. “‘Both NWS and Pluto will go into decline this decade,’ Coleman said.” Boiling Cold states “it is Scarborough or bust for Woodside… Long-term, large-scale gas production with offsets is unlikely to compete along the value chain with renewable energy when Scope 3 emissions from Woodside’s customers are included. The amount of carbon capture and storage and vegetation offsets required is unmanageable.”

Carbon pollution in WA is increasing with LNG exports

The project has been approved “without assessment of these impacts, or the damage the project would cause to World Heritage Aboriginal rock art.” 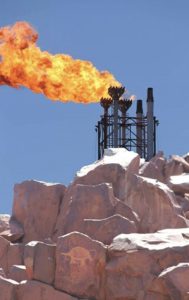 Murujuga rock art with LNG facility in the background

CCWA have been leading the fight with petitions, legal challenges and investor notices, against this heritage-destroying project, which would make it impossible for Western Australia to reduce emissions in line with the Paris Agreement. The recent approvals, even with some new conditions, would still result in “carbon pollution from the project equal to 14 coal-fired power stations every year and did not address concerns regarding the project’s impacts on Aboriginal heritage” according to CCWA Director Piers Verstegen.

Where should Australia be headed?

We encourage you to register your interest on our Community Action page for Lighter Footprints street stalls against gas!

Learn more about gas campaign successes, how the gas industry rips off ordinary taxpayers and the threat gas poses to our climate.

2) Come to our Fully Electric Home, and the fight against gas event on July 28th

Learn more about clean, safe and affordable homes and how we can push back about publicly funded gas destruction from our two speakers:

Please RSVP here. At present our plans are for a combination of an  in-person and online meeting.

3) Do you have a couple of hours on some Saturday mornings?

We encourage you to register your interest on our Community Action page for our Boroondara Saturday morning stalls, where we are building up our Koyoong campaign volunteer base, and handing out high quality resources to enable people to move their homes away from gas. Not only does that help people protect their families health and save on energy bills, but it also puts pressure on the gas companies as they lose their social licence. AGL announced its de-merger after its loss at Crib Point.

4) Do you have shares, super, or would like to learn more about shareholder and corporate activism?

Market Forces has been a major player in the global shift of capital away from fossil fuels with a multitude of successful campaigns including insurance, super and shareholder action. Check out information on fossil fuels subsidies and Santos, Woodside, Exxon, Shell and more. As Sarah Barker, who was the major contributor to Mark Carney’s Tragedy of the Horizon speech and the Hutley Opinion said to us in one of Lighter Footprints large town hall forums: “ten letters [to your fund] is a flood” – it’s time to make our money work for good!

Friends of the Earth 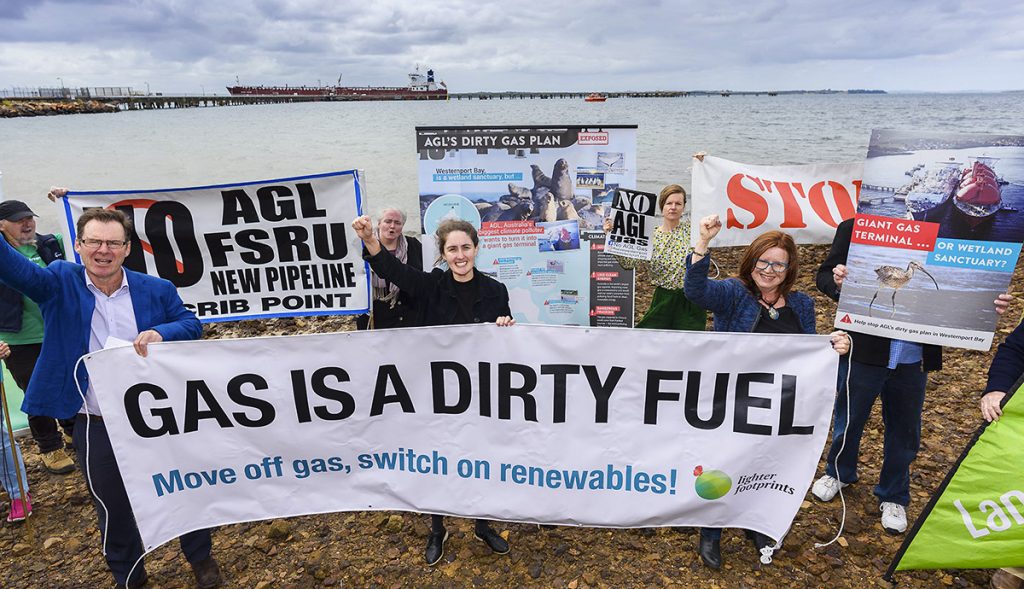