Clean energy and VoteClimate in Chisholm! 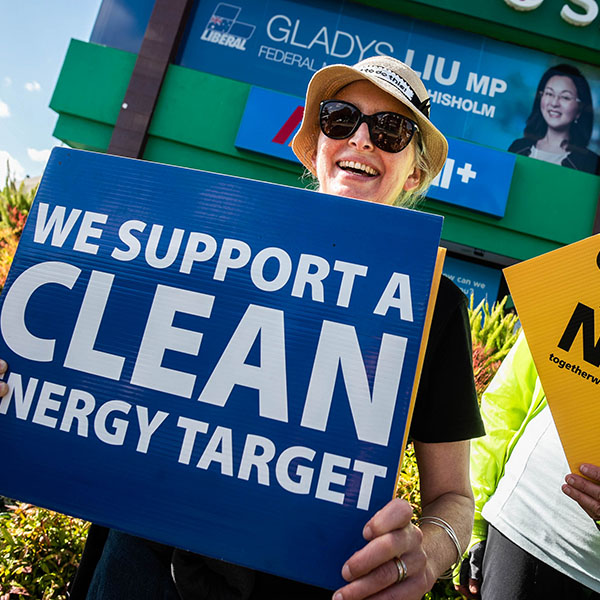 With a razor thin margin of 0.57%, the Chisholm Federal Seat  is poised on a knife edge. Chisholm is probably one of a the critical seats where a win for a climate candidate could have a very significant impact in delivering a government that will move to clean energy, create jobs, and lower household bills. For many, its also a reason to put our kids first, as they will be most affected by climate change.

Lets make climate Number 1 in 2022. Chisholm is a strategic opportunity to increase the climate vote

It’s the voting record that matters

Chisholm voters deserve accurate information about Candidates’ climate policies, minus the spin. And what could be more accurate than the Member for Chisholm’s voting record? When you look at her record on a fast transition to renewable energy, increasing investment in renewable energy or treating action on climate change as a matter of urgency, Gladys Liu MP’s record doesn’t look at all climate friendly – she has “voted consistently against” these measures of climate action.

So what is to be done?

It’s time to shift the politics and accelerate the climate vote in Chisholm!

We’d love you to join our Chisholm Friday Actions, catching the morning rush.

There’s plenty of community support, judging from the strings of loud, long toots from the passing traffic! You can check out a Facebook album here from our first action.

Catching the morning rush  on Fridays!    Next Venue to be the corner of Backburn Road and Coleman Parade, Glen Waverley, from 7.30 am to 8.45 am

On the 25th Feb and 4th March we will be meeting right next to Syndal railway station, at the corner of Backburn Road and Coleman Parade, Glen Waverley, from 7.30 am to 8.45 am – to let people in Chisholm (and Gladys Liu MP) know that Australians deserve a faster transition to safer, affordable clean energy, instead of throwing public money into gas expansion and new coal projects.

More clean energy will bring more local and regional jobs and lower power bills. You can check out our Chisholm campaign page here for more information and to keep up to date, or volunteer for a few hours or more.

We’re letting voters in Chisholm know more about the benefits of faster action on climate, and demanding better policy settings and an accelerated transition to a clean enconomy.

We’ll be running event focussed on the clean energy transition, electric vehicles, climate and health, and making sure we seize opportunities of moving to a clean economy. Australia is being left behind by our trading partners!

We would also love you to support our new campaign Chisholm Votes Climate Twitter and Facebook accounts. 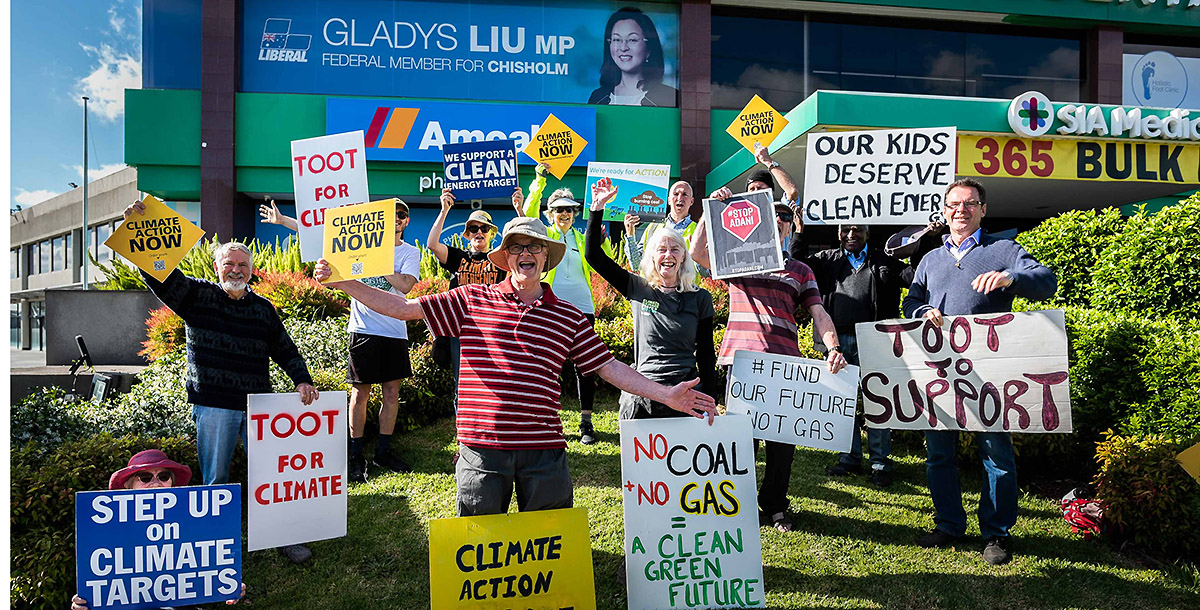