School Strike for Climate – Fund Our Future Not Gas. 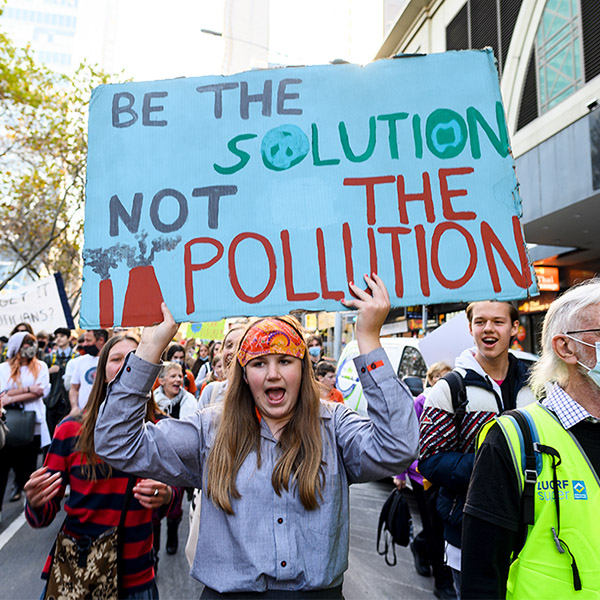 Tens of thousands of school kids and their supporters gathered at Treasury Gardens yesterday, Friday 21st and in 47 other places around the country, demanding a future that is liveable, not one ruined by climate damage. This was the first strike after the pandemic lockdowns and was organised by School Strike for Climate. 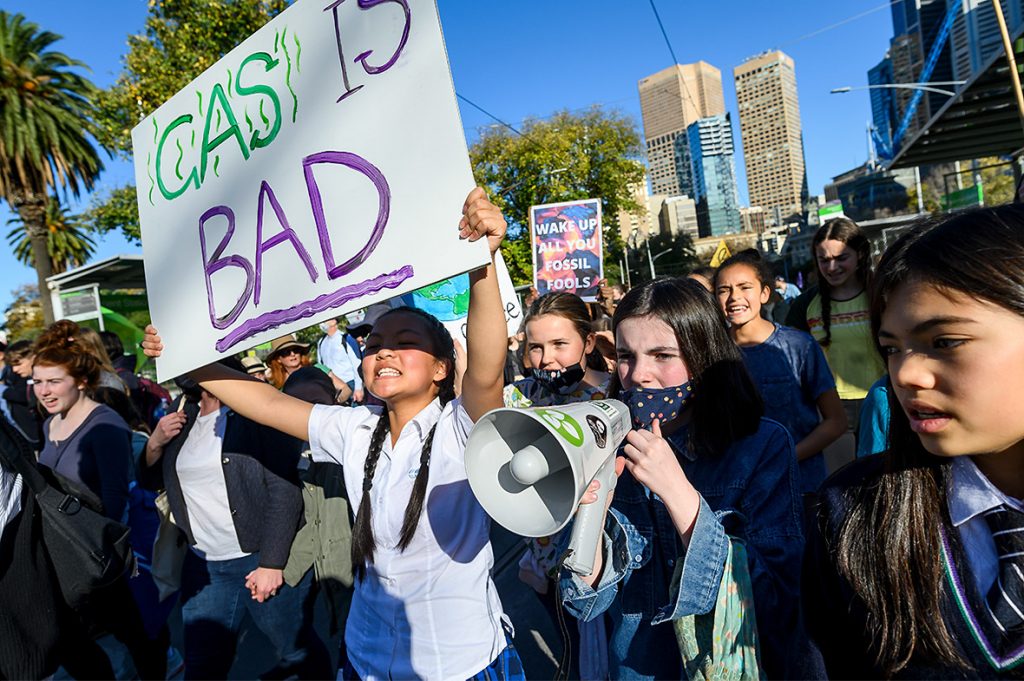 The Government’s gas-fired recovery big gas expansion plans could raise Australia’s emissions many times over. The kids are not impressed. 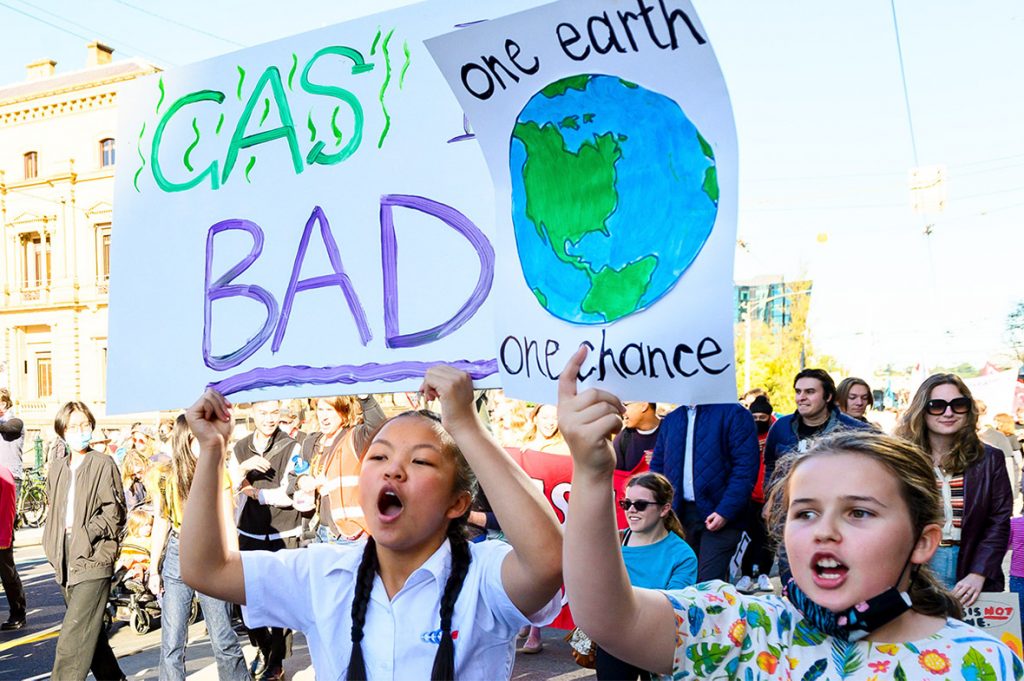 They are particularly irate about the Government’s decision to use taxpayer funds for a $600 million gas plant that would operate less than 2% of the year.

SS4C are demanding that Australia pivots to renewables, processing the Governments massive fossil fuel roll out. The climate strike occurred just when the very conservative IEA has just announced a complete about face on fossil fuels, and all of the G7 committed to the end of fossil fuel financing.

Kids arrived in small and large groups and walked through the trees to the stage, carrying heartfelt, hand drawn signs.

The event had over 30 union partners, looking forward to good jobs in an economy supported by affordable clean energy, and was also supported by local and Federal politicians.

The Climate Choir has been a constant supporter of School Strike for Climate.

The event grabbed a lot of attention, from the Guardian, ABC, SMH, even a ‘balanced’ article from the Murdoch press. 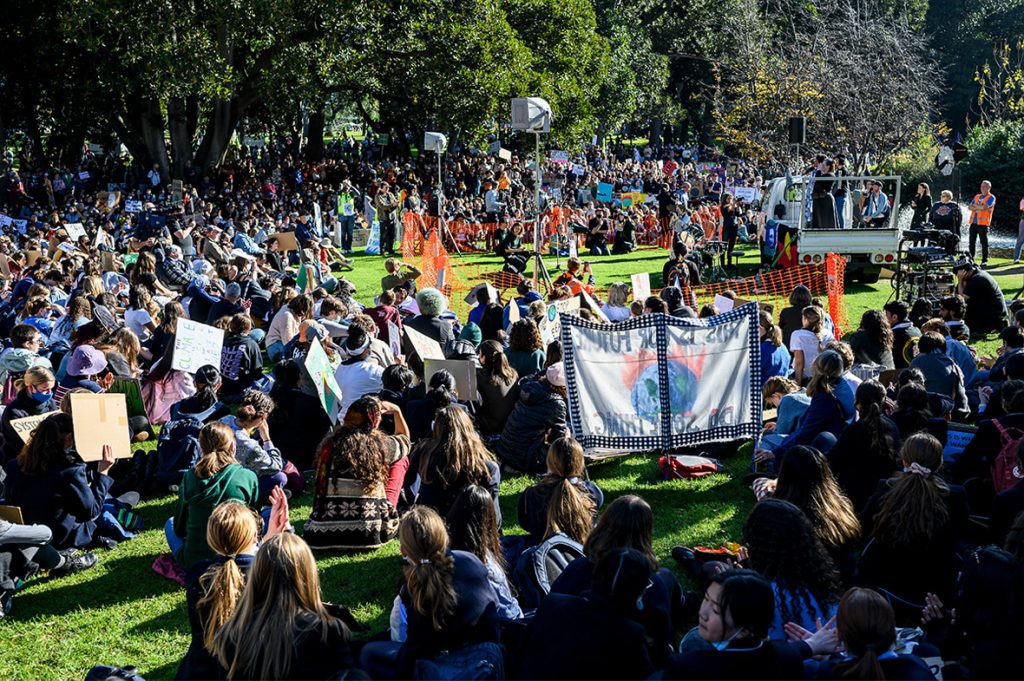 One of the organisers, Natasha Abhayawickrama, told the Guardian “The government’s decision to put $600 million towards a gas plant, in addition to allocating so much money in the budget towards gas and fossil fuels, will only drive us further into the climate crisis.Right now we need clean, renewable energy to be funded, for us to have a safe future.” 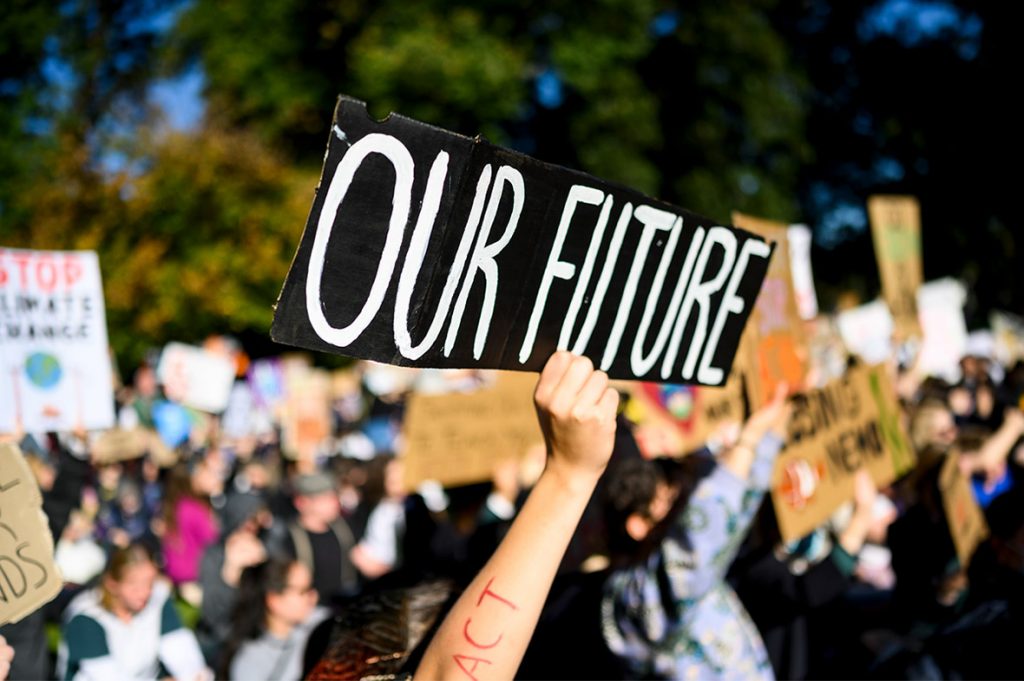 Support School Strike 4 Climate here, and find out more about the strikes around Australia on SS4C social platforms: 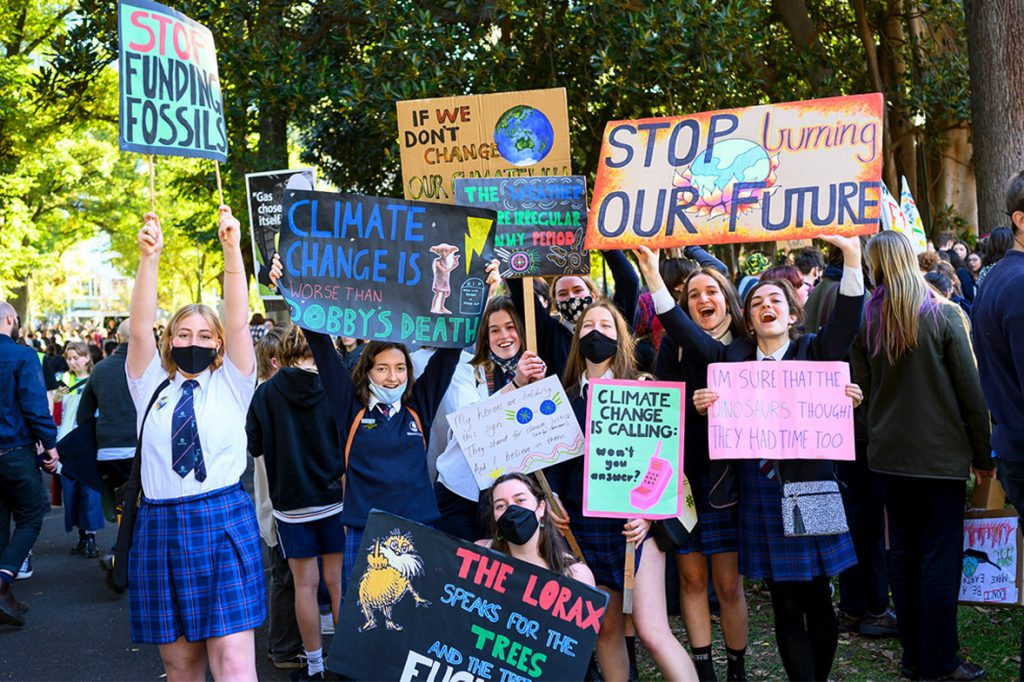