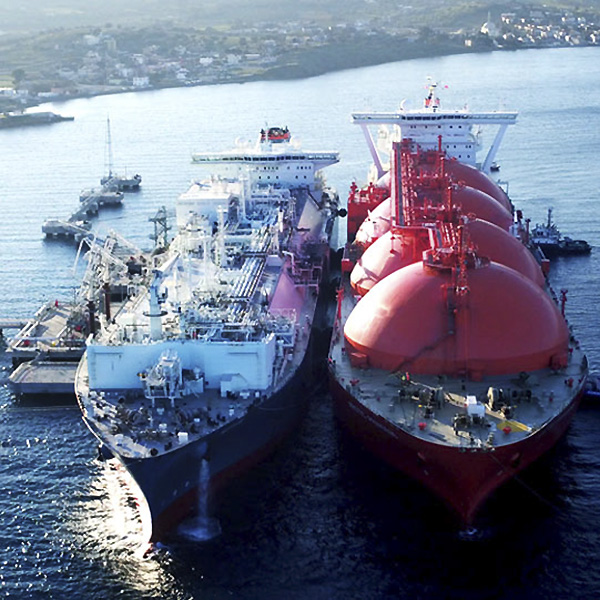 Example of an LNG tanker ship next to a floating storage and regasification unit (FSRU). Both are approximately 300 metres long

Lighter Footprints joined Environment Victoria, Save Westernport Bay and other organisations to protest against the proposed AGL Gas Import Jetty Project and pipeline.

“AGL is proposing to develop a project that would supply imported natural gas into the south-eastern Australian states for industrial, commercial and residential gas customers, meeting a projected domestic gas supply shortfall and improving gas supply certainty from 2024 or earlier. The gas would be transported as liquified natural gas (LNG), most likely from overseas, transferred to another ship and converted from liquid form back into gas on that ship and then piped into the Victorian Transmission System (VTS).

The ship, known as a floating storage and regasification unit (FSRU) Esperanza 2 would be continuously moored at Berth 2 of Crib Point Jetty. Depending on demand, between 12 to 40 LNG ships per year would moor alongside the FSRU at Crib Point to resupply the FSRU with LNG. The proposed gas import jetty would be connected by a new gas pipeline approximately 57 km long, into the VTS, east of Pakenham. The pipeline would be developed and constructed by APA Group.” Source: AGL website

Crib Point is located in Western Port Bay, an international Ramsar site. One of the important functions, and a primary purpose for the establishment of the Convention, is to protect sites in different countries that are important for migratory birds. The Westernport Bay Ramsar site contains rare white mangroves, habitat for migratory birds, sixteen flora species of conservation significance, three nationally threatened land bird species, and two species of swifts are international migrants and a diversity of marine invertebrates. For a summary of the WPB Ramsar management plan listing species and showing maps see Western-Port-Ramsar-Site-Management-Plan-Summary

The FSRU would be moored inside the Ramsar boundary next to mangroves, next to a known Orange-bellied Parrot nesting site and next to French Island National Park. A detailed map showing the exact location of the FSRU and the pipeline route can be found in AGL’s introduction to the project here: GIJPP EES Chapter 1 Introduction_0 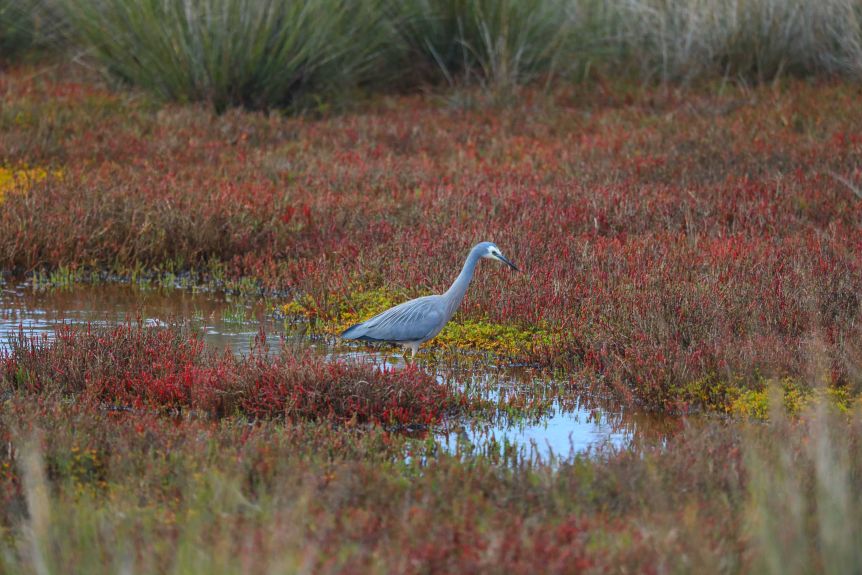 A selection of our submissions

In all, Lighter Footprints submitted over 15 submissions. The following selection shows the different approaches that were taken and the variety of issues addressed.

Lighter Footprints (LF) commends Environment Victoria and Save Westernport Bay for coordinating the case against the AGL proposal. Victor Komarovsky, Community Organiser, EV ran a dedicated Zoom meeting for LF. He was particularly helpful and supportive during the submission development process. Sue King suggested that Lighter Footprints participate in the campaign and contributed many useful documents, ideas and pointers.