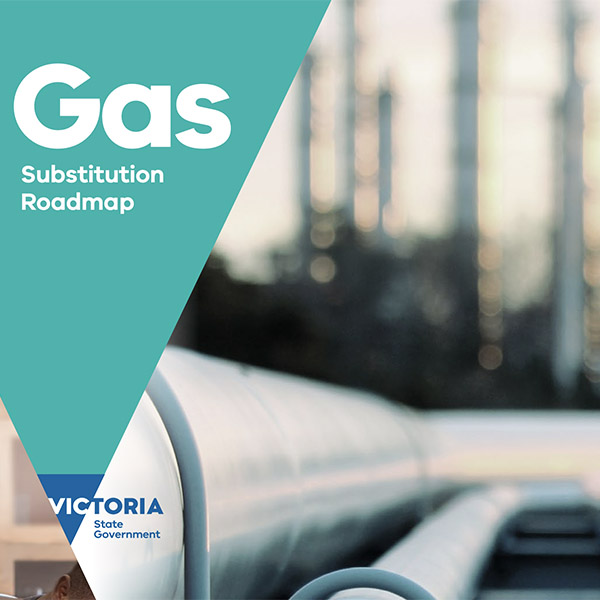 Although the Victorian Gas Substitution Roadmap (VGSR) creates an expectation that Victoria will move away from fossil gas, the limited measures proposed fall short of what is needed to move Victoria, the heaviest gas-using state, away from gas at a speed that is compatible with science based targets.

In particular, although the proposed rule change to stop mandatory gas connections is welcome, the roadmap fails to set out a process for retiring Victoria’s leaky gas distribution network.

Moving to 7 stars is a positive initial step, but the Roadmap only ends support for gas appliances under the Victorian Energy Upgrades program in 2023, not immediately, and refuses to close the door on new gas connections.

Victoria also continues to support new gas developments, including gas drilling near the Twelve Apostles, and is considering a gas terminal in Corio Bay, all worrying given, as the VGSR states, the “Victorian gas sector contributes to around 17% of our state’s net greenhouse gas emissions”.

Jono La Nauze – where is the big vision for a gas-free Victoria?

Jono La Nauze, the CEO of Environment of Victoria, responds with an opinion piece in the Sydney Morning Herald entitled “Clean energy plan leaves too much gas in the tank”.

La Nauze comments “While we welcome the removal of rules that forced households to use gas in their homes, the road map lacks clear goals and timelines for this urgent transition to take place, and even more worryingly, it fails to rule out the potential use of dirty hydrogen made with methane gas.” He notes that even though we in the “unenviable position” of being the State most reliant on gas with the price of gas doubling in this current energy crisis, “to match the scale of the energy and climate crises Victorians face, this plan should have gone further” given Victoria’s exposure to global energy markets “with households and businesses dealing with double-digit leaps in energy bills since the start of this year.”

In particular the VGSR “fails to rule out using dirty hydrogen made with gas. This is something the gas industry has lobbied hard for, so they can preserve their profits and the value of their gas pipeline assets, at the expense of our health and climate.”

La Nauze comments that “should have included a major and urgent investment in electrification across Victoria, coupled with support to develop local clean industries so we can heat our homes with locally made heaters and hot water services”.

Given pressure from a clear mandate for strong climate action from the Federal election where major party votes continue to decline, La Nauze comments that Victorians “rightly expect more decisive plans to rapidly shift to 100 per cent renewables”, and notes that the lack of clear timelines or accelerated alternatives leaves Victorians “vulnerable to the potential spectre of new drilling under the iconic 12 Apostles and the presence of giant gas tankers in Port Phillip Bay”.

La Nauze concludes: “We urge political leaders from all sides to put their finger to the wind and feel the appetite for a fast and decisive clean energy transition in which no one is left behind – whether they are a worker in the gas industry or a low-income earner trying to heat their home in winter.”

Freja Leonard, the No New Gas campaign coordinator for Friends of the Earth Melbourne, writes that the VGSR “falls disastrously short of tackling the issue of gas with the critical urgency required to avoid climate catastrophe and safeguard the Victorian public from escalating energy bills”.

In particular, Leonard notes that “the Roadmap refuses to commit to an orderly and equitable retirement of Victoria’s leaky and polluting gas transmission network”.

Although Leonard suggests that “some support” for households to switch off gas in favour of renewables, and plans for moving to 7 star energy efficiency rating are positive “baby steps” she states that “we need to stop a single new gas connection being made and support Victorian homes and businesses to rapidly move to an all-electric, post gas energy system”.

Leonard argues that given the International Energy Agency last year said in their report Net Zero by 2050, “if the world is to avoid catastrophic climate change we can’t afford to open a single new gas or coal development”.

Citing Victoria’s plans to approve new gas developments “with a horizontal onshore drill for gas under Port Campbell National Park and into the ocean just 7km from the Twelve Apostles Marine Park” and “a floating gas terminal in Corio Bay which will very likely accept fracked gas from the Scarborough Gas fields of WA”, Leonard writes “we urgently need political leadership to switch off gas entirely”.

Leonard summarises “without hard targets and timelines this roadmap is a disappointing case of too little too late and too vague by the state government in truly tackling fossil gas in Victoria.” 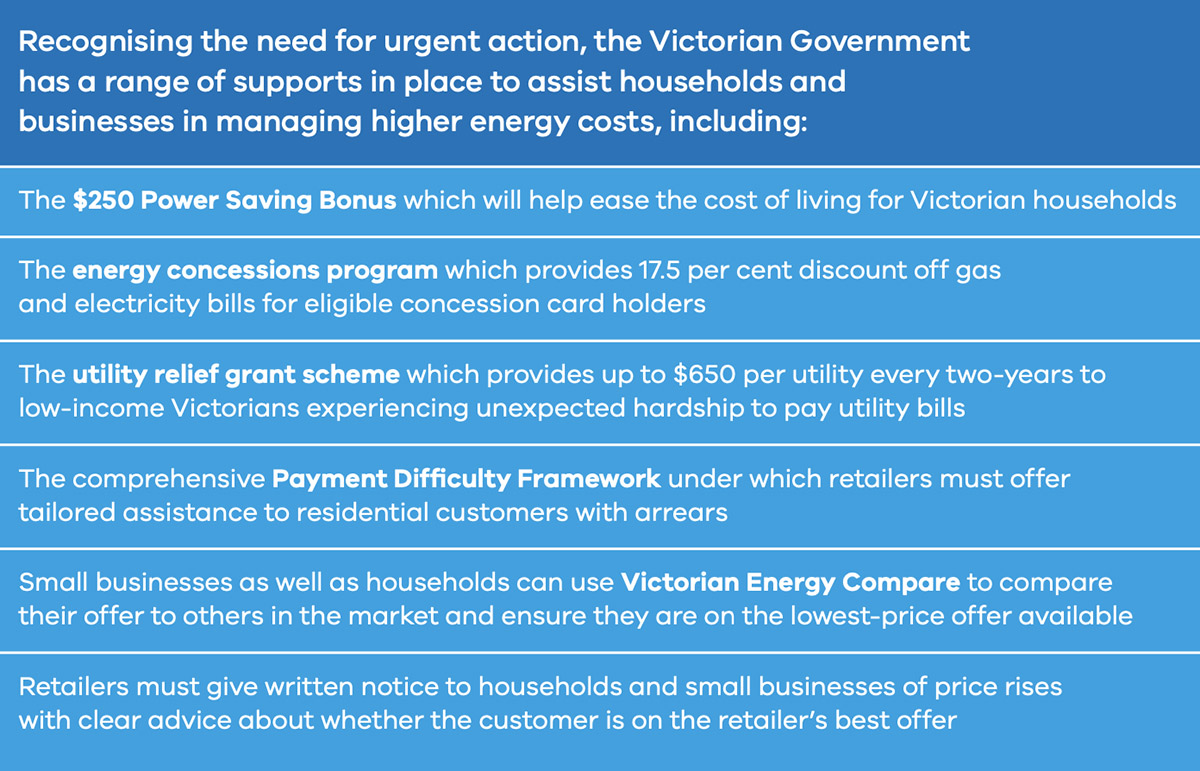 The Age – New Victorian homes no longer required to have gas

The Age journalist Ashleigh McMillan highlights the VGSR as a change of direction for Victoria, writing “Energy Minister Lily D’Ambrosio announced the state government’s first “gas substitution road map” on Saturday, which removes the requirement for all new builds to be connected to the gas network. She said gas was no longer as cheap as it once was, and with Victorians now at the mercy of gas companies’ high prices it was “time to put gas on the back-burner”.

She says that the Greens had been pressuring Labor on the issue of mandatory gas connections and were planning to campaign on the issue. However is was a “pleasant surprise” according to Tim Read, Greens climate spokesman and member for Brunswick, that the VGSR was released before the election, but he took issue with the 2023 deadline for gas free developments. “There’s not enough in terms of timelines or enthusiasm,” Read said. “Victoria really should be going a lot further and faster.”

McMillan also noted that “a coalition of 31 councils – covering 39 per cent of the state – endorsed a letter to the state government in May calling for planning laws to be amended to allow them to ban gas on new developments”. 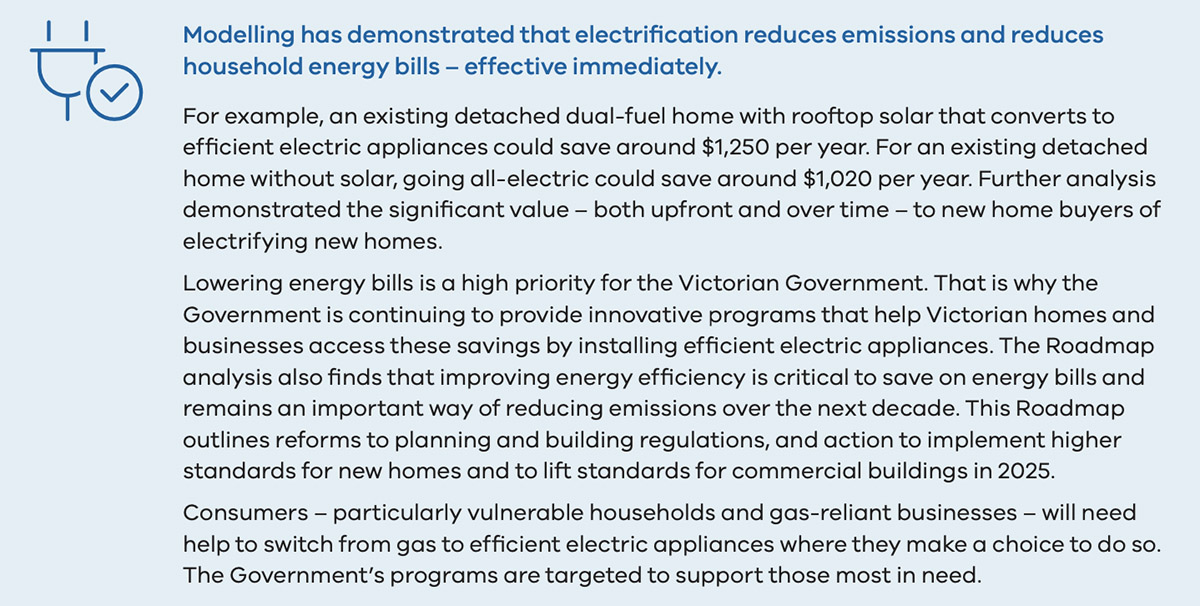 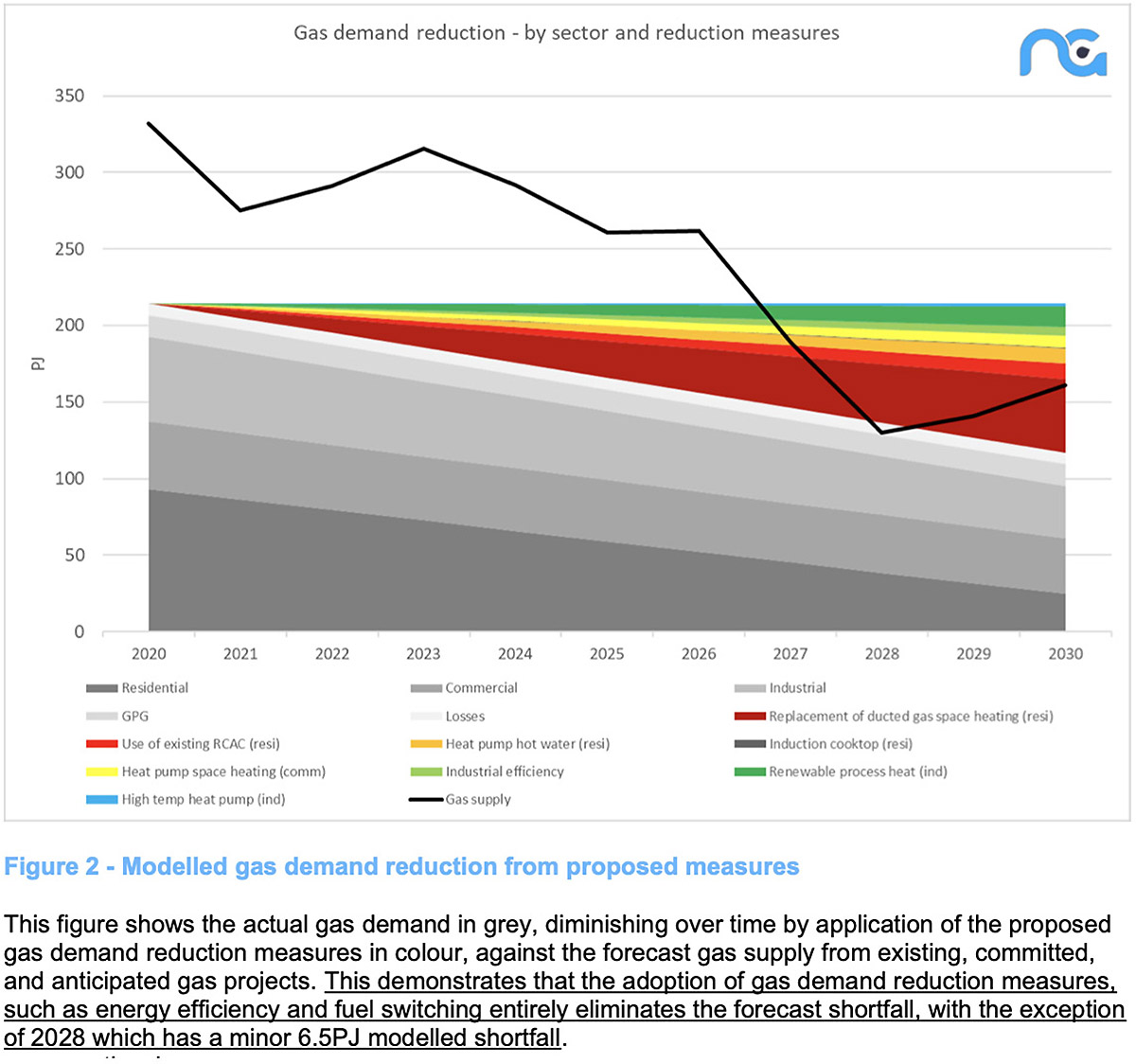