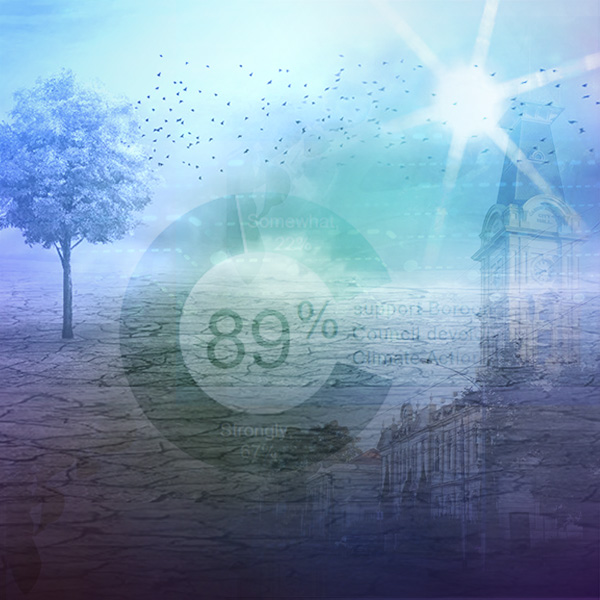 Boroondara’s new Climate Action Plan was unanimously passed by Boroondara Councillors on 27th September.
The briefing notes note community-wide emissions reduction targets of 60% by 2030, and net zero by 2035. The Council meeting records can be viewed here.

In long awaited but still last minute move Cr Gault moved a motion to declare a Climate Emergency, which was passed 9/4 at 10.40pm.

You can read our response to the Climate Emergency Declaration motion here – shorter version, a promising, historic first step, but where is the money? We have an opportunity to help support this motion and support better funding for actions that would benefit all local residents and workers, including more support for solar, getting off gas, public transport and tree cover, and mechanisms for expert input and a reference group.

Lighter Footprints extends our congratulations to the Councillors who supported the Climate Emergency Declaration and the Climate Action Plan’s new chapter for Boroondara. For more details see our live tweet string of the debate and successful motion.

A New Council with a more progressive outlook

For many years my impression has been that a number of Boroondara Councillors have had trouble even saying the words “Climate Change”. In October 2020 a new and more progressive Council was elected, including our first ever Greens Councillor, Cr Wes Gault. Climate change is now squarely on the agenda and I wonder whether the Council officers who have been quietly working away on reducing Council’s own emissions might have breathed a sigh of relief.

Consultation on a new plan

At the end of 2019 the old Council voted to develop a Climate Action Plan (CAP) to replace its “Our low carbon future strategy” which was due to expire in 2020. Throughout 2020 and 2021 Council has conducted community consultation on this new plan. Many of our supporters will have completed surveys and made submissions as part of this consultation process. COVID put a dampener on plans for in person workshops and pop up consultations but I think it is fair to say that the community has had an opportunity to contribute its views on what should be included in the plan.

You will be pleased to know that our community has consistently responded to surveys and consultations with resounding support for climate action. The November 2020 Climate Action Plan Research Report contains the graphic below. 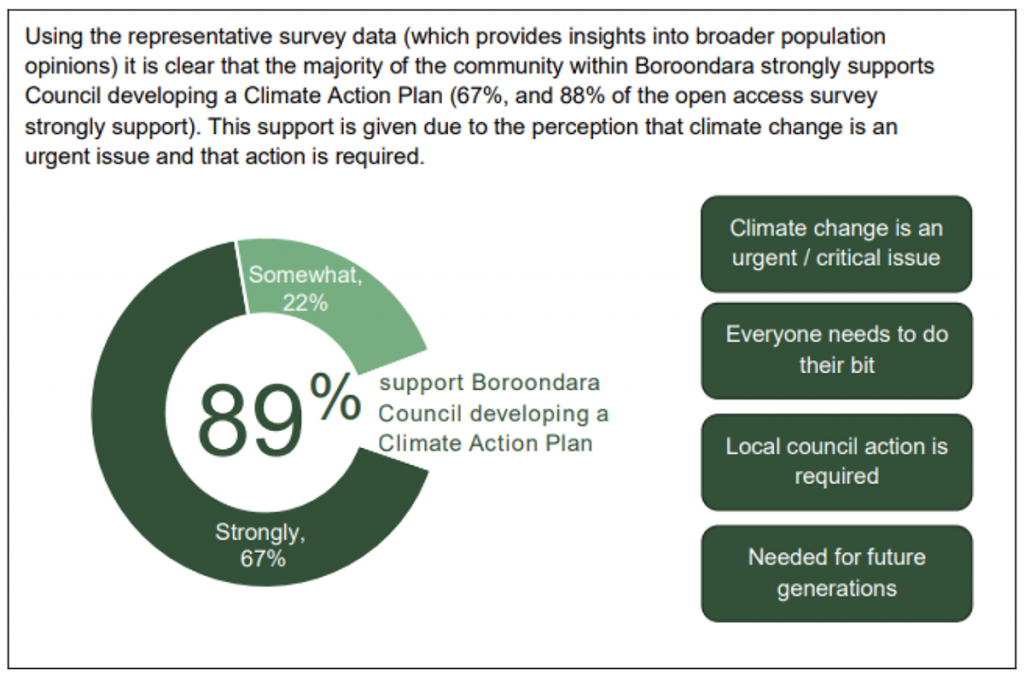 Council created an internal working group focused on the development of the CAP called the Climate Action Plan Advisory Committee. The following Councillors are members of that committee:

We advocated for an external working group which would have included Councillors and community members but this proposal was not supported. The Kooyong Climate Change Alliance, which includes Lighter Footprints, was, however, given the opportunity to present to this internal working group.

The big shift in Council’s thinking is that there is a recognition that Council has a responsibility to assist the community to reduce its emissions, instead of primarily focussing on Council’s own emissions.

Community emissions make up over 99% of emissions in Boroondara as noted on page 12 of the draft CAP set out below: 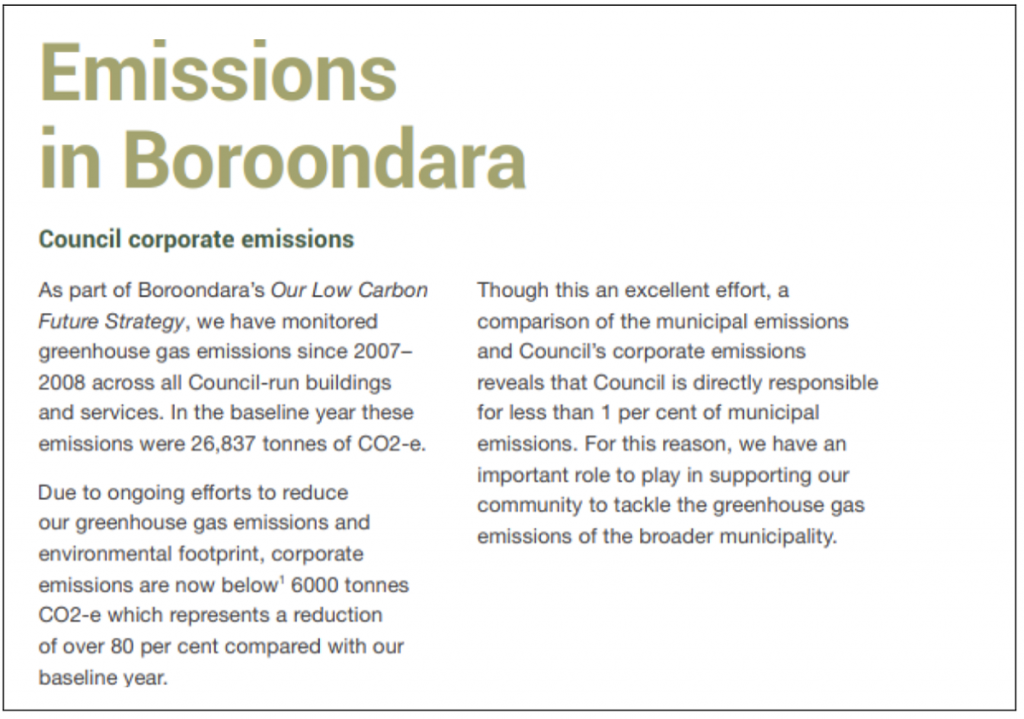 The 2030 community-wide emissions reduction target was strengthened to 60% by 2030, a higher target than Victoria’s own. It is clear that achieving this must be a partnership between Council, residents and community organisations set in a framework of State government programs and regulations, and of course within the Federal context. You can view the meeting records here.

The Climate Action Plan and Climate Emergency Declaration are the beginning of a new stage of climate action in Boroondara. The plan doesn’t do everything that we want it to do but it indicates and genuine change of attitude. My assessment is that there is genuine desire on the part of a number of Councillors to achieve responsible climate action for Council and Community. I am hopeful that we will be able to partner productively with Council to achieve this.

Thanks to everyone who contributed to the Boroondara Climate Emergency Declaration

We have not forgotten the 3,913 people who signed a petition asking the City of Boroondara to declare a climate emergency. Nor have we forgotten the Councillors who indicated they would support a climate emergency declaration in response to our election survey. The Kooyong Climate Change Alliance met again with these Councillors asking “If not now, then when?” We are immensely grateful for everyone’s support for the Climate Emergency Declaration campaign, the associated Boroondara Vote Climate campaign, and the leadership of the Councillors who supported the Climate Emergency Declaration motion. You can read more here.

Don’t forget that the Federal election is just around the corner!

We can see that #VoteClimate campaigns work. There are so many things you can do – hosting a fence sign, handing out scorecards, calls, pre-poll or polling day.

Check out our #VoteClimate page, and indicate where you can support!