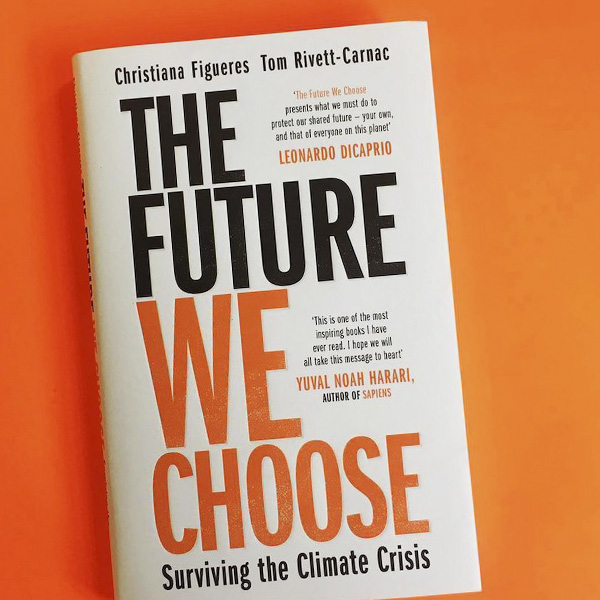 Lighter Footprints has a talented pool of committed letter writers. Some very good letters go unpublished. This is the first in a series of selected unpublished letters from the group that we believe will be of interest. The formats of the letters have been modified slightly for this blog but the content is the same.

Reading in the Time of Corona Virus – letter by Barbara Fraser 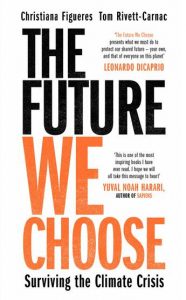 People are recommending various books to read now and Lighter Footprints member Barbara Fraser recommends another new beauty: The Future We Choose-Surviving the climate crisis published by Allen and Unwin in 2020.

The authors* Christiana Figueres and Tom Rivett-Carnac were leaders during the Paris Accord Summit 2016.  They combine their personal story with science, passion and compassion and no recriminations. They urge two fundamental points: Everyone should have the vision of a future world in which all humans and nature thrive together. Plus the pathway to that: “To have at least a 50 per cent chance of success (which in itself is an unacceptably high level of risk), we must cut global emissions to half their current levels by 2030, half again by 2040, and finally to net-zero by 2050 at the very latest.” (p. 19)

Just this week Figueres commented, “The science tells us emissions must peak this year if we want to limit warming to 1.5 degrees Celsius.” (“Pandemic a climate crossroads”, 4 April).

*Book authors
Christiana Figueres was the Executive Secretary of the United Nations Framework Convention on Climate Change (UNFCCC) 2010-2016 and the public face of the most pivotal climate agreement in history, the Paris Climate Agreement in 2015.
Tom Rivett-Carnac was Christiana’s political strategist. Together they are the co-founders of Global Optimism, an organization focused on creating environmental and social change.

Letter writer
Barbara Fraser is a long time member of Lighter Footprints and our most successful letter writers. Before retirement, Barbara lectured in social sciences and education at the Faculty of Education, RMIT. If Barbara recommends a book, you know it’s a good one. 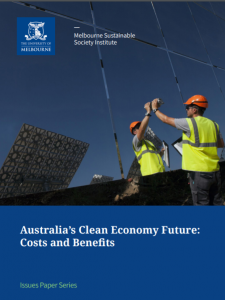 A recent Issues Paper entitled ‘Australia’s Clean Energy Future: Costs and Benefits’, published by The University of Melbourne (Kompas, T., Witte, E. and Keegan, M. 2019), offers the ‘first ever’ comparison of the costs to investment and global business for the Australian economy if it does not act on climate change.

The figures are conservative and exclude the bulk of costs related to floods and bush fires, pollution, damage to environmental assets and biodiversity losses.  The paper states “…potential damages from climate change to Australia at current global emissions patterns are quantified as: • $584.5 billion in 2030 • $762 billion in 2050 • more than $5 trillion in cumulative damages from now until 2100”.  By comparison reducing our emissions will cost us much less.   “…. A carbon price or renewables target – is estimated at $35.5 billion from 2019 to 2030, or 0.14% of cumulative GDP; a negligible impact”.

In other words not pricing carbon and the costs of climate change now will cause unimaginable damage to the Australian economy in the near future and beyond. Large investment firms such as Blackrock are already requiring businesses to disclose and manage climate related risks.  The government needs to act now to minimise the economic risks and environmental damage of a rapidly changing climate.