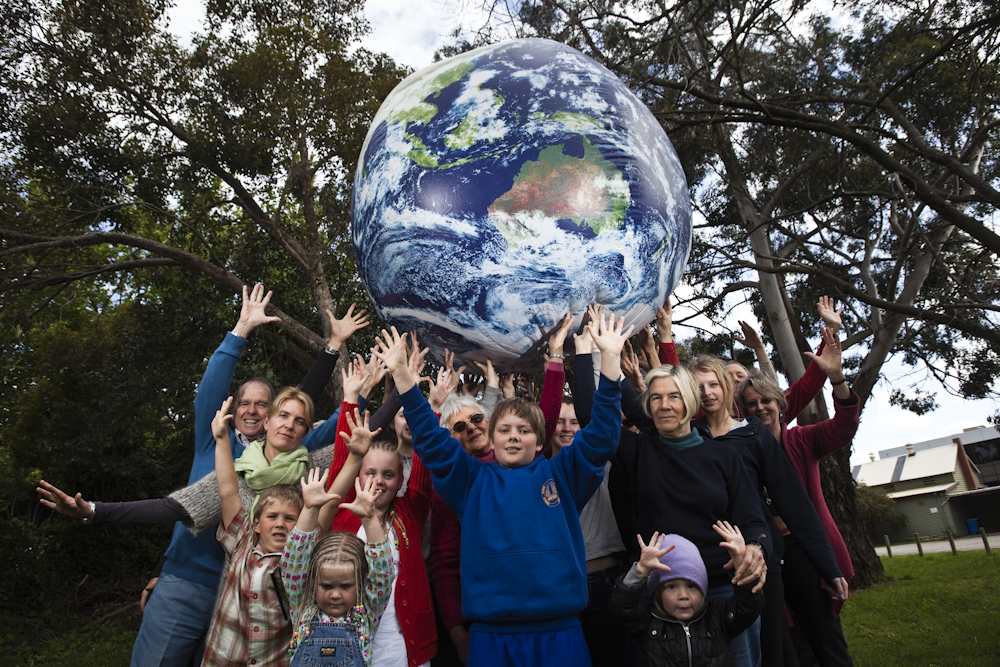 Over the coming few weeks, as the price on pollution is debated in Parliament, Victorian communities will come together to take part in the Earth Relay – a series of actions to symbolise support for action on climate change. Like the passage of the Olympic flame to the site of the Olympic Games, communities across Victoria will be passing a human sized earth globe from suburb to suburb and town to town. And after travelling across the state, the globe will be taken to Parliament House, Canberra to send the Victorian community’s message of hope for the future.So get involved in this important moment in history. Hop here to find out when the Earth Relay is coming to a suburb or town near you:  www.environmentvictoria.org.au/earth-relay 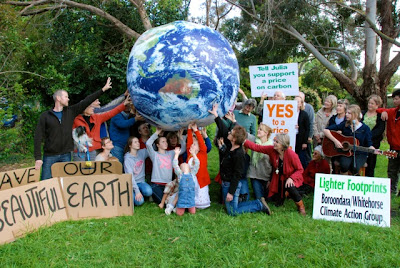 Lighter Footprints were a link in the Earth Relay heading for Canberra organised by Environment Victoria. We had it for one brief hold on the afternoon of Tuesday, 11 October.

The purpose was to support the passing of legislation to begin the process of reducing our carbon emissions. This piece of legislation is the crucial start to a long process, without which we will struggle to change the direction of growth of emissions and global warming – with its devastating consequences.

Jade Invargson-Favretto accompanied us with her inspiring song ‘Beautiful Earth’. 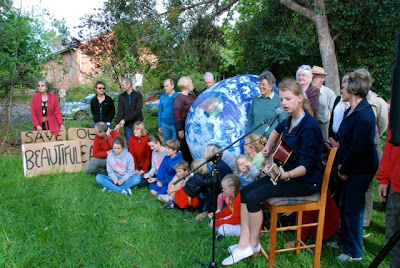 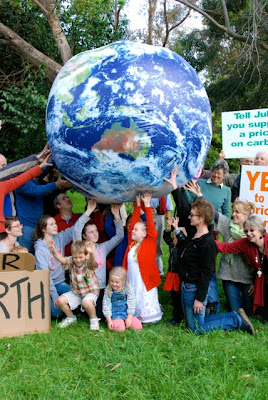 Here are more photos from the Earth Relay (11 October) which was organised by Environment Victoria, photos below taken for them by Rodney Dekker (see our collection of his photos from the Pacific Islands on our blog dated 14 September). 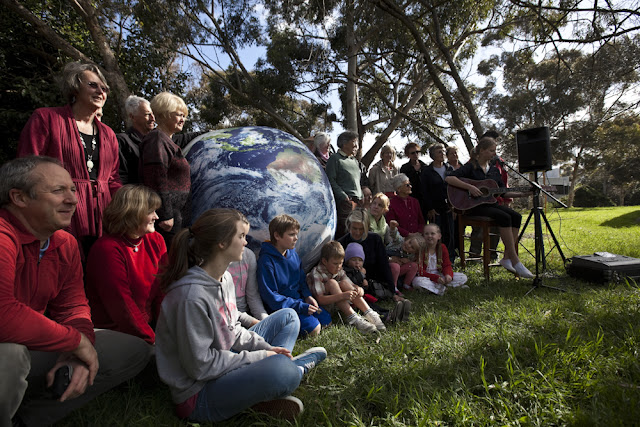 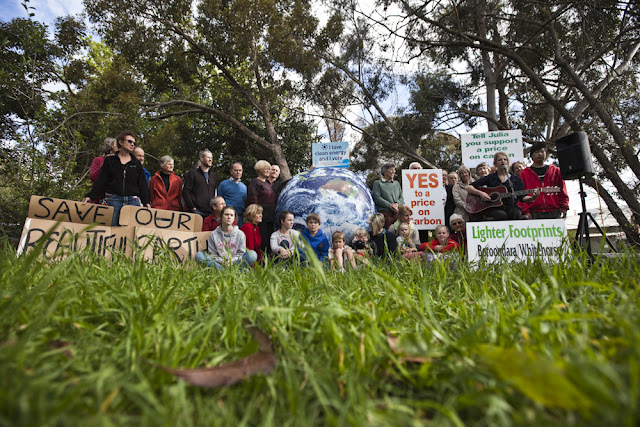 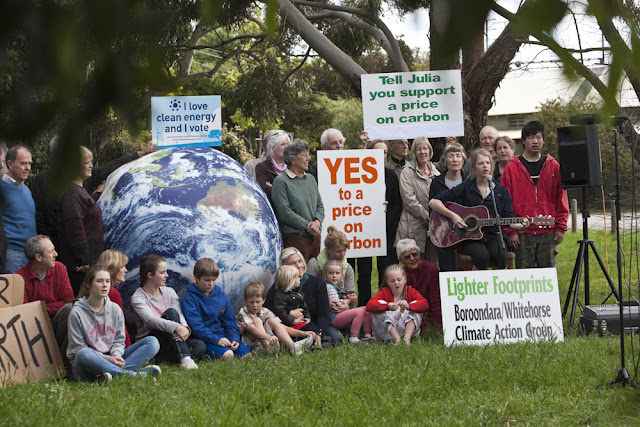