Rally to save CSIRO Jobs 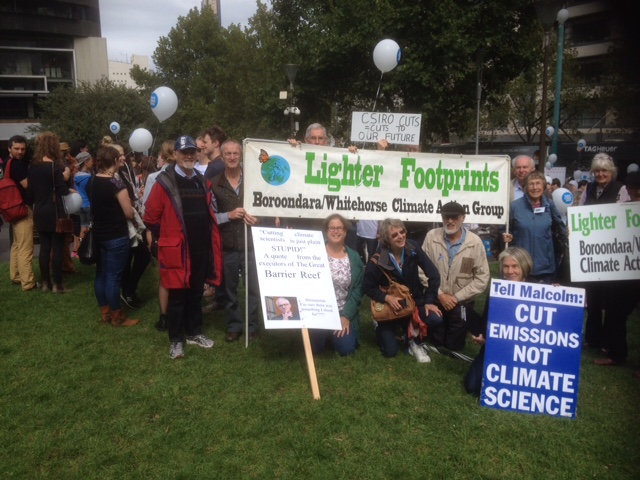 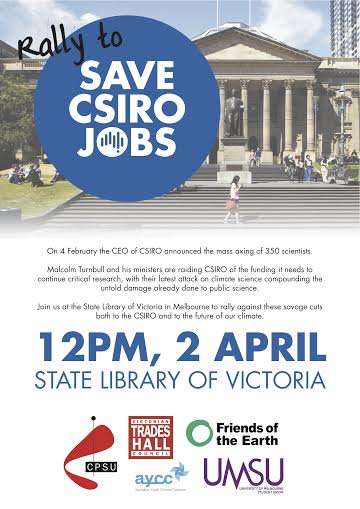 Lighter Footprints joined with hundreds of others to protest at the cuts to CSIRO research, especially the climate division.

Lighter Footprints has also been out and about at local festivals in Ashburton, Glenferrie and Kew collecting hundreds of letters signed by local people protesting the senseless cuts of more than 100 climate scientists at the CSIRO.

More than 3000 international scientists have also protested these cuts, which will severely damage the global effort to record, analyse and better predict the effects of global warming on our part of the world.