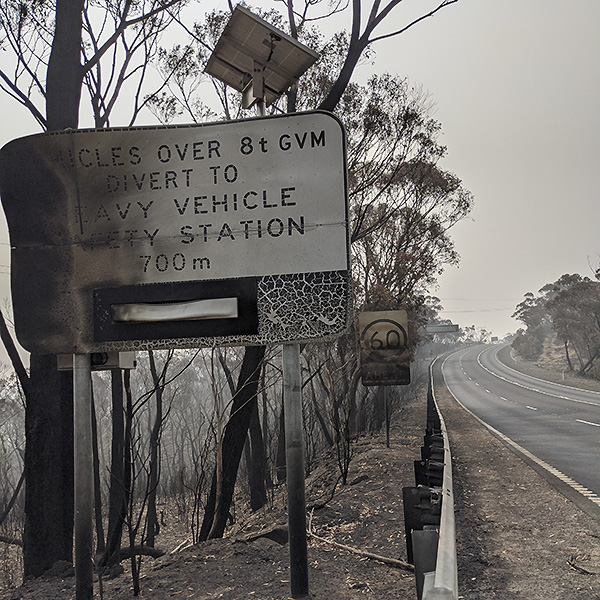 After three riveting shows tonight on the bushfires, I’m still reeling. Four Corners showed us what it felt like to be in the middle of those terrors and just what the people were feeling like. I found myself watching with my hand over my mouth reflecting the edge of that fear as it emerged from the safety of the screen. The fires had passed, but I hadn’t felt like this at the time. Oh my god, was all I could say.

Then Media Watch showed how the climate deniers had taken over the Murdoch Press airwaves and papers and what they were saying. Because I don’t read or listen to them I was, again, shocked.

Q&A returned with a new format and presenter, the lovely Hamish, and a bushfire affected audience with a broad panel, and we saw more of people’s anguish and panelists ways of dealing with it. Heavens above, there are so many immediate issues to deal with for the homeless, the bereaved, the businesses destroyed, the whole ecological wipe-out of trees and their animals as well as whole communities disintegrating for lack of the normal tourist support that keeps them buzzing.

What are you doing to help us they asked? This is a disaster of such depth and extent that it is way beyond what has ever been seen before. It is unprecedented, but it was predicted  – by many and often, including from way back.  More than a decade ago it was reported by the economist and political advisor to the then government  – Ross Garnaut – that the science pointed to extreme weather events and longer fire seasons at much higher temperatures in drier conditions  and they’d be obvious by 2020.

What they did not say on Q&A was what else Ross Garnaut said – that these conditions would be reduced by exactly the extent to which the world community reduced its carbon emissions – all of us together.  Otherwise it would continue to get worse. The American on the panel did try to point this out but was largely gagged by Senator Molan so we were distracted from the power of that point. 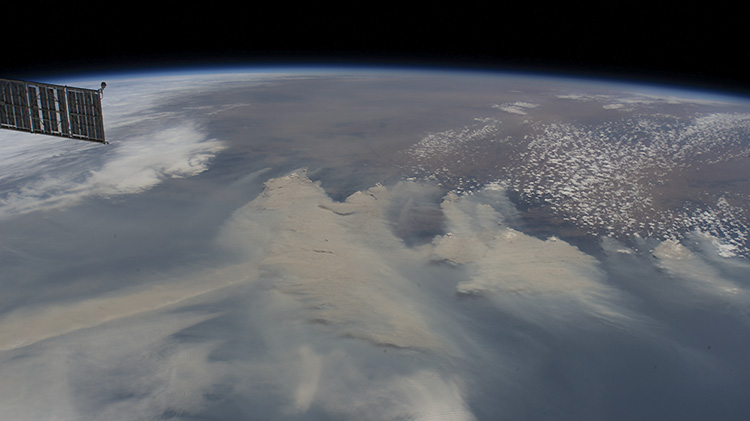 “We can’t accept this”

Is this the new norm they were asked?  I fear that it is worse than that said Michael Mann. If we don’t as a global community stop fuelling it, it will get worse.  Was it heard? It didn’t seem to be. This better not be the new normal said one of the panelists or all these communities that have been impacted, will die. We can’t accept this. We have to get change to stop it happening again. This needs to be as bad as it ever gets.

What  to change? New ways of managing the forest and the grasslands  said the indigenous forest expert  – but what does that really take and how can that ever work now with these dry and hot weather patterns – way different from the conditions in which those techniques might have worked in the past.  Fire is a beast in these sorts of conditions, which is why hazard reduction wasn’t happening so much. It was too dangerous. He said no-one in government had talked to him about his ideas.  Maybe they’ll listen to the program and pick up a few hints.

The audience felt tense, many hands over faces, we are not coping here written across wrinkled brows. Arguments were put about how lift what we do beyond political party wrangling, to get agreed support for communities to manage their own immediate recovery best.  Give us the money and we’ll make it work’ said some of the panelists and the audience cheered. Some examples seem to show that this was possible. Let’s do it!

But there were no questions about what longer term climate change action looked like. And the one hint we heard from Michael Mann about action by the global community all working together was lost in the grappling over the cause and how there were so many other views than just the scientists ‘opinions’ and they all were equally valid ‘opinions’.  This was rightly howled down by the audience who were then pulled back by Hamish whose instructions were clearly not to allow this sort of reaction to go un-reprimanded. He reminded us of the government’s elected position allowing ‘open minded’ views emphasising that only “some of it is human induced”. 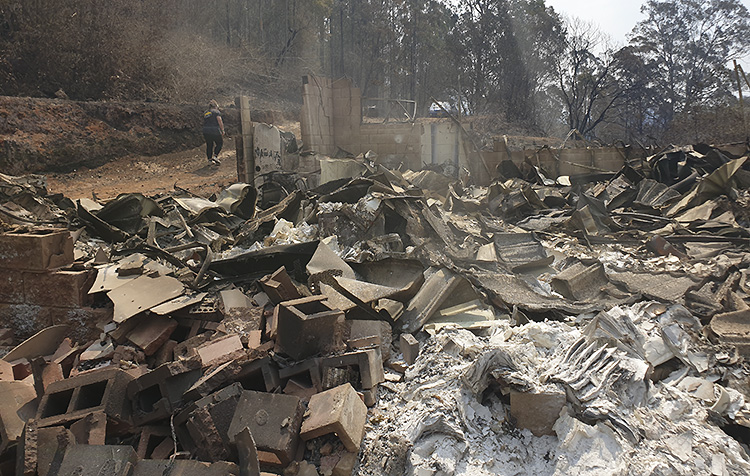 The truth of it is that there is only one hope we have for climate change action to make any difference to our bush fires from here. Just the one!  And it is that global community that Michael Mann mentioned, working together under the Paris Agreement to all pull back on their carbon emissions – fast and hard from here.  ALL of them, including our good selves. Who is saying this in ways that can be heard? Certainly not the government. Does the community understand this? The impact of Australia will be as a leader in that process. Our contribution to emissions reduction must be significant but it will never save us by itself.  But Australia is not leading. It is dragging its feet with low targets and by quietly undermining the Paris Agreement process.

I want all this raw emotion out there to translate into a groundswell of community support, not only for their immediate needs and they are many, but for a simple recognition that this is a huge global issue that requires we must do our utmost to show other countries we mean business.  Can’t be satisfied with – ‘we are doing everything we can!’  We are not! This 26%  reduction  should be closer to 50% reduction by 2030 for us- so all the other countries see what we are prepared to do, because that is what it really will take to prevent this sort of occurrence  happening every year with increasing ferocity. No one takes us seriously internationally. We have no moral authority. Angus Taylor came home early from Madrid because people turned their backs on him. Australia – the pariah of progress.

Our PM has just said at the press club that he doesnt want international regulation requirements (code for the Paris Agreement) – ‘we don’t need to be told what to do by others’. But that is exactly what he wants other countries to be doing – they should do more to solve the climate problem. International regulation is our best, our only, chance to beat climate change. We can fiddle with many things to protect ourselves here, but the big picture lies in shifting our own commitments to international targets and working hard  – actually working with others – on the process for making this happen in all countries.

I have yet to hear this line  “Climate action is primarily about getting global community support for stronger regulation on emission targets.” It is the extent to which we help to get that international agreement that we will be successful with halting further climate change.  Haven’t heard this from any source, including all the big lobby groups who want to see climate change action. What’s the matter with me ? My stance is clearly out of kilter. Our country has been ravaged  – and it hasn’t stopped, and I am worried about some UN agreement that no-one takes very seriously, that we can walk away from, and do. We’re happy to ridicule it by using credits in accounting terms that are not real reduction of emissions, a clever device if ever we saw one. And yes, we ensured that other countries can now use that same trick, and then we single-handedly stopped any agreement for countries to raise their targets by saying we wouldn’t consider it. How good is that?  Who in Australia is going to care about what we did in the Madrid COP ? No-one will ever notice! And they were right. No-one did. 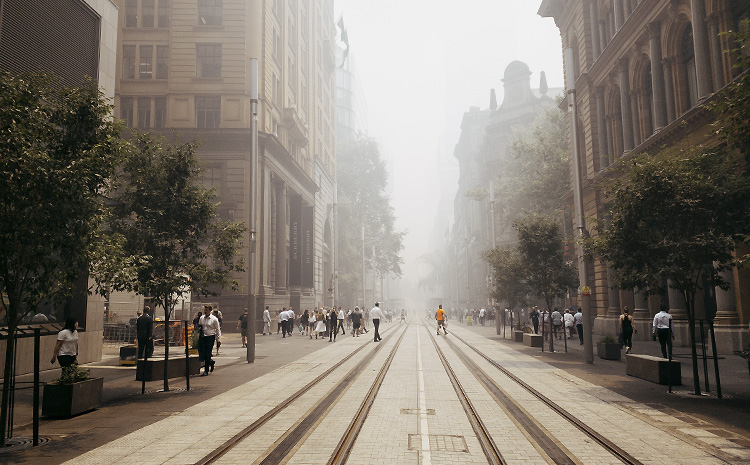 It seems that if you want to be heard, you must talk about more fire-trucks and helicopters, hazard burning, removing restrictions on gas. Writing impassioned screeds into the night after watching TV programs doesn’t do it.  Who ever would think increased regulation is good climate change action? I think I am living in la la land.