The Fight for our Forests – 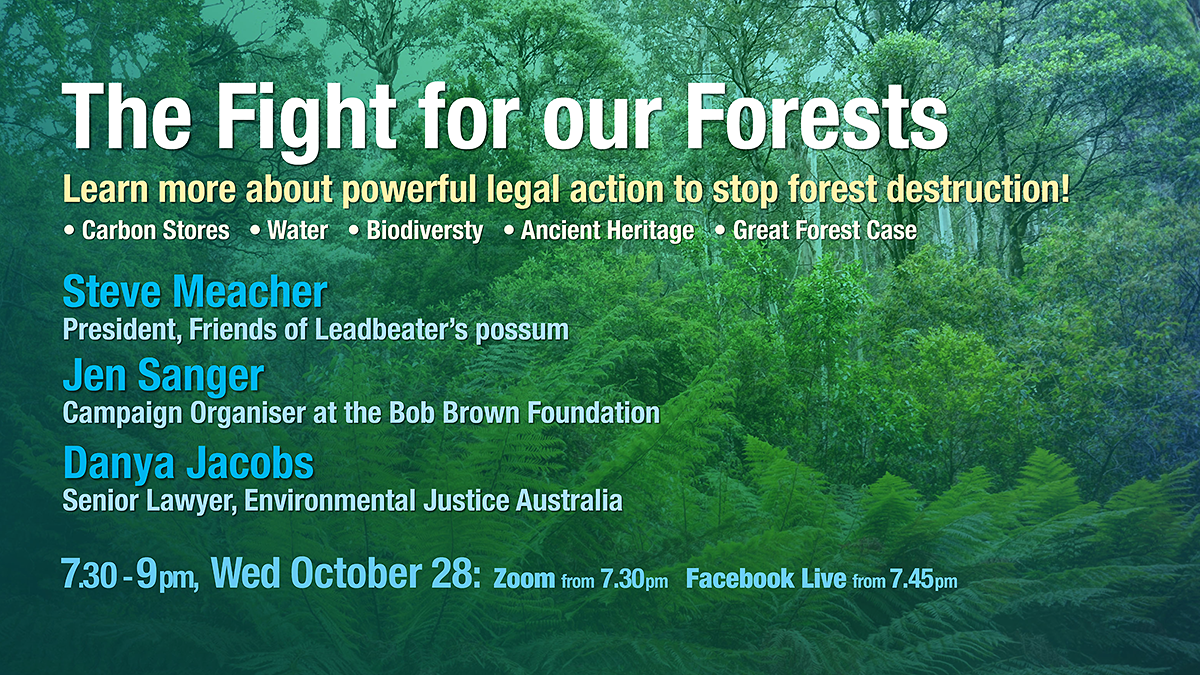 Our forests are under threat. They host a wealth of biodiversity, harvest water and form a natural buffer against climate change. Fortunately dedicated community organisations are taking up the fight. Recent victories in the courts have given hope but there is still much more to do.

This event will introduce you to the people who actually took the battle to VicForests in the courts and saved 66 logging coupes, and the endangered species they contain, from destruction. But you will hear how VicForests is now challenging the ruling. You will also hear about the Bob Brown Foundation's recently launched Great Forest Case and the implications for all of Australia's forests.

Steve Meacher is President of Friends of the Leadbeater’s Possum and lives in Toolangi. FLP has been fighting VicForest in the courts and has had some recent wins. In 2013 Steve was named the Shire of Murrindindi’s Citizen of the Year. Steve will give a first-hand description of the magnificent Ash and Peppermint forests only a short drive from Melbourne, why they are so precious and why they should be preserved. He will describe his experience resisting logging and fighting VicForests in the courts to save the remaining forest and the precious biodiversity they contain. 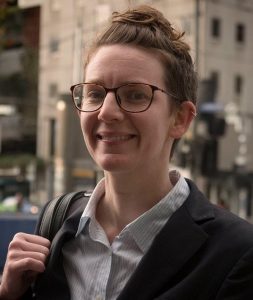 Danya Jacobs is a senior lawyer with Environmental Justice Victoria and a recipient of the Mahla Pearlman Award for the Australian Young Environmental Lawyer of the Year. Danya works primarily on biodiversity and nature protection, with a focus on public lands, forests and threatened species. Danya is working on forest protection cases in East Gippsland and the Central Highlands. For this event, Danya will focus on the recent cases against VicForests for Friends of the Leadbeater’s possum and WOTCH.

Dr Jennifer Sanger is the campaign organiser for the Great Forest Case at the Bob Brown Foundation. She has a PhD in forest ecology and has a background in research and environmental advocacy.  Jen, will provide some background on the amazing work of the Foundation, plus an update on Tassie’s forests – what’s being logged and the species under threat. In particular Jen will focus on the Tasmanian Regional Forest Agreement (RFA), the Great Forest Case and what a win in the courts could mean for other RFA’s across the country.