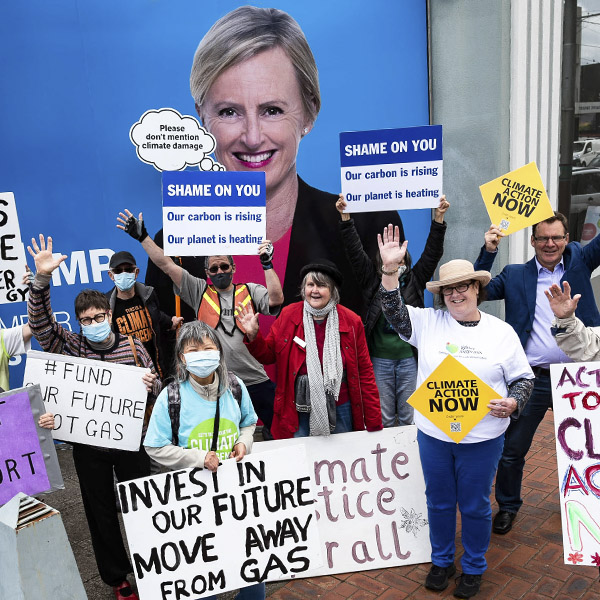 Australia has been awarded yet another Colossal Fossil, this time at Glasgow, for “appalling performance” on climate.

Although moving away from fossil fuels was mentioned in a COP statement for the first time, Australia has helped to water down the text, opposing faster action. Our new Net Zero “commitment” is 29 years away. Angus Taylor promoted gas expansion and fossil exports at Glasgow.

The long awaited NetZero modelling (McKinsey not CSIRO or Treasury) has been described as “laughable”, only 85% of the way there, relying on difficult to achieve land carbon and offsets. Further, the consequences of the modelled changes are not included – static not dynamic maths – failing to include the consequences of acting slowly.

Australia refused to sign up to a new key global commitment to reduce methane emissions.

The Government is raiding the public purse for fossil fuel subsidies, $10bn a year, possibly a lot more soon, given the accomodations that Morrisons has had to make to the Nationals for our paper-thin NetZero posturing.

The taxpayer is on the hook for massive fossil fuel expansion, in effect, paying for worsening climate damage that will affect our own children’s future.

If this is making you very unhappy, you are not alone.

The vast majority of voters, even in conservative areas, want much faster action on climate.

Join our #VoteClimate campaigns in Chisholm, Kooyong and Higgins

Lighter Footprints, along with other local climate groups, is running #VoteClimate campaigns in the inner east – in Kooyong, particularly focussing on the public funding of coal and gas extraction, and in the marginal seats of Chisholm and Higgins. Check out our Vote Climate information page here, and you can support the printing of fence signs, candidate climate scorecards and running candidate forums here.

A #VoteClimate campaign offers voters trustworthy, timely information about the impact of Candidates’ climate policies, cutting through the spin.

Lighter Footprints is working alongside key allies in three electorates to make climate the number one issue for voters.

Along with the Candidate Scorecards, Lighter Footprints members can offer to host fence signs, volunteer for street work, help to run #VoteClimate events. Along with our friends at Kooyong Climate Change Alliance we will be handing out candidate climate policy information on pre-poll and polling day.

We’d love you to find out more information about our Federal campaign.

Volunteer for our #VoteClimate campaign – you can help out with conversations, letterboxing, street work, host a fence sign, or help out at pre-poll and polling day

Chisholm is SO marginal – well under 1%

We’re meeting outside Gladys Liu’s office, 240 Burwood Hwy, Burwood. from 7.30 am to 8.45 am – and an option for a friendly coffee just round the corner too.

It’s the voting record that matters, not fine sounding principles or community sentiments. Gladys Liu has voted with her party strongly against accelerating clean energy

More clean energy will bring more local and regional jobs and lower power bills. You can check out our Chisholm campaign page here for more information and to keep up to date, or volunteer for a few hours or more.

We would also love you to support our new campaign Chisholm Votes Climate Twitter and Facebook accounts!

#HigginsVotes – join us on Thursday mornings, 11am!

Every Thursday Higgins supporters are meeting outside Katie Allen’s office calling for faster climate action, and building support for climate as a deciding issue in this marginal seat.

Higgins people are not so impressed with the government giving massive subsidies to gas companies to frack our future!

Guardian journalist Amy Remeikis has cited Higgins and Chisholm as significant in deciding what sort of government we elect in 2022. Here is our opportunity for strategic action!

You can check out photos from the November and December on our Facebook here, here, here and here.

Lighter Footprints supporters joined many others across the world, including 250,000 people in Glasgow, calling for much faster action to reduce emissions, move to clean energy and protect communities that are most affected by our historic and continuing use of fossil fuels.

Chisholm is exptremely marginal, sitting on under 1%, and deserve to have clear, understandable information presented to them about their Candidates’ climate policies

Lighter Footprints joined Friends of the Earth’s Act on Climate campaign in three actions in Chisholm, Kooyong and Higgins, calling for Australia to step up on climate and join the the vast majority of nations who had updated their 2030 targets. Australia has refused.

Global Day of Action for climate justice on November 5th during the first week of COP26, asking for genuine commitment for faster climate action in this decade

Australian voters are losing trust in politicians who perpetuate fossil fuel subsidies, when we could be seizing first mover advantage and exporting clean electrons at scale, and liquified green hydrogen well before 2030.

Voters in Kooyong are getting increasingly concerned about the misuse of public funds, still pumping $10 billion dollars into fossil fuels each year

Do you have a couple of hours spare on Saturday mornings?

Right now, we are handing out high quality information on getting off gas at home, and gathering support for the upcoming election by asking people to sign up to request Treasurer Frydenberg to stop funding gas expansion with public money.

We need politicians who will transition away from polluting methane to clean energy and storage.We are working in Kew, Camberwell and Hawthorn, but are happy to look at more spots if there is support. New people are paired with experienced campaigners. Find out more about our Saturday morning street work on our community campaigning information page, which also has quick facts on gas and links to more information. You can find out more about street work on our blog here too. 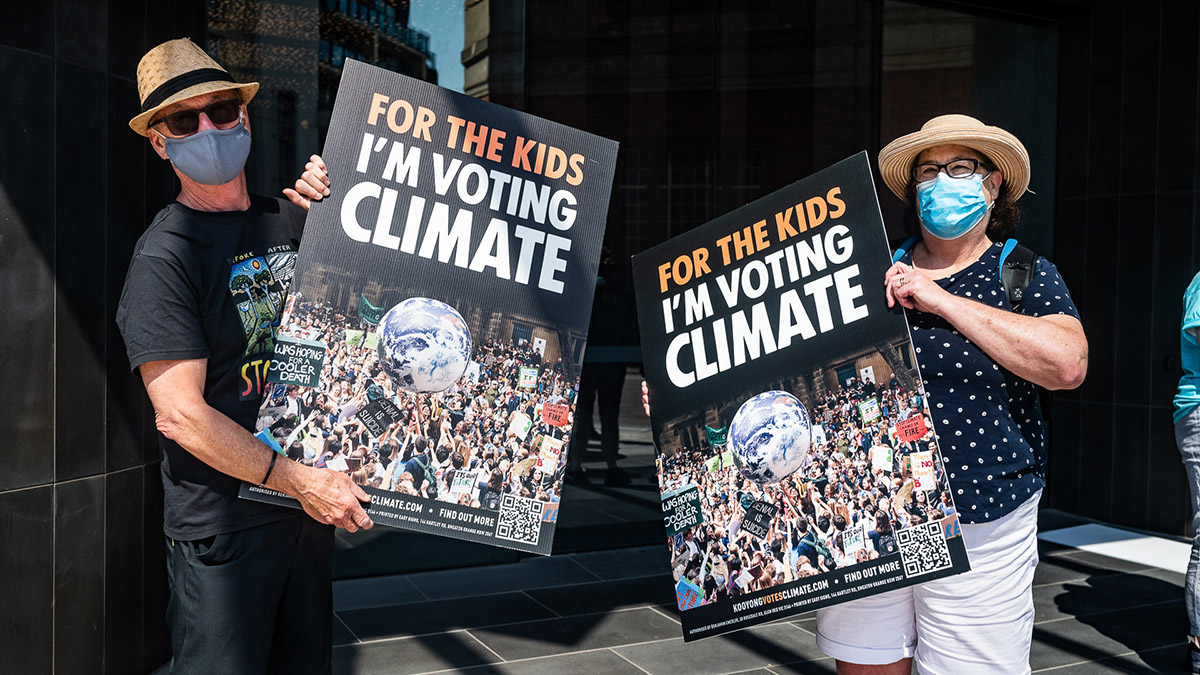