Canopy tree and climate change in Boroondara. Why should we be concerned?

Whether in public spaces or on private land, trees enhance our sense of well-being, help reduce the urban heat island effect and support biodiversity.

Canopy trees cool the air by casting shade and releasing water vapour. In some circumstances ambient temperature in the vicinity of a canopy tree has been estimated to be 8 to 10 degrees C lower.

Their leaves can also filter out fine particulate matter- a significant hazard to health – from air pollution due to fossil fuels and other industrial processes.

As the struggle to combat climate change plays out Boroondara’s climate will also change. For many decades we can expect higher temperatures, less rainfall in winter and spring and increased fire risk. Canopy tree cover can help to mitigate the adverse effects of climate change, as well as assist in adapting to it.

As cities grow, open, permeable land and green vegetation is replaced by buildings, roads and other infrastructure that trap heat. The resultant temperature rise is commonly known as the urban heat island effect. Heat impacts worsen existing health issues, and cause significant mortality.

Hard and impermeable surfaces comprise over 50% of ground area in Boroondara and this has been increasing in recent years.

While all green infrastructure, including shrubs, green walls and lawn (but not synthetic grass), is beneficial for the microclimate, canopy trees are the most effective. Careful selection of species in view of climate change, and strategic placement – the relationship to buildings recreational spaces or road corridors – are key considerations. 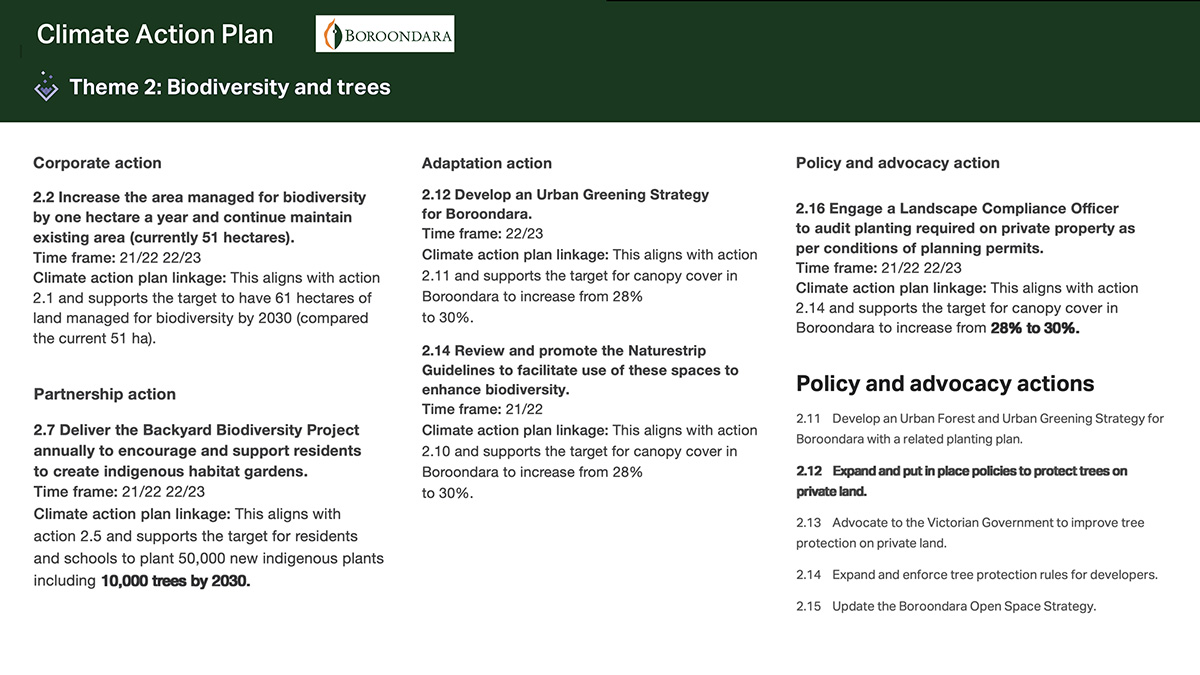 Measured canopy tree cover in Boroondara has been in decline, and despite the fact that about 70% of the land area in the municipality is classified as residential, canopy tree cover is now greater on public land, including streetscapes, than on private land. 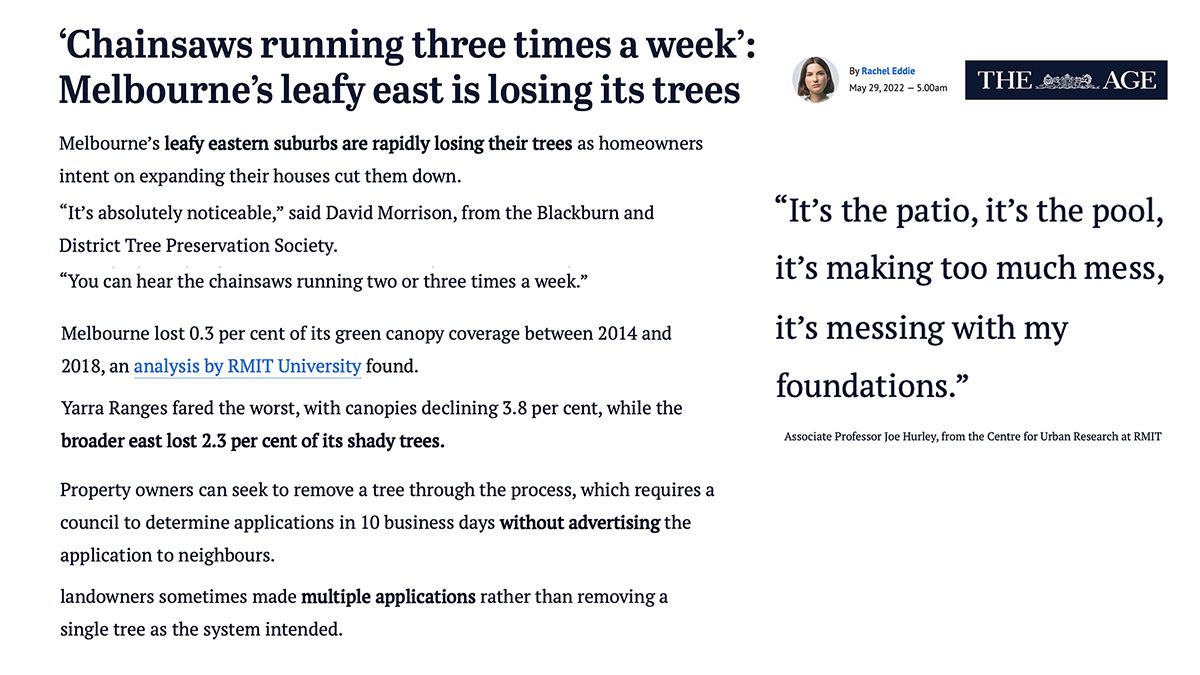 The Building Act 1993 outlines key regulatory standards that determine important preconditions for successfully growing canopy trees, such as plot ratios and the permeability of ground surfaces.

In Boroondara, there are two principal legal instruments for the enhancement of canopy tree cover in the municipality. Firstly, the Tree Protection Local Law 2016, made under the Local Government Act, to protect significant and canopy trees, and secondly, the planning approval process contained in the Boroondara Planning Scheme, which deals with planning permits and provides potentially greater scope for ensuring effective canopy tree cover in the municipality.

However, the task needs to be addressed by residents, developers, Council and the Victorian Government together.