Lobbying for Australia to step up on climate ambition 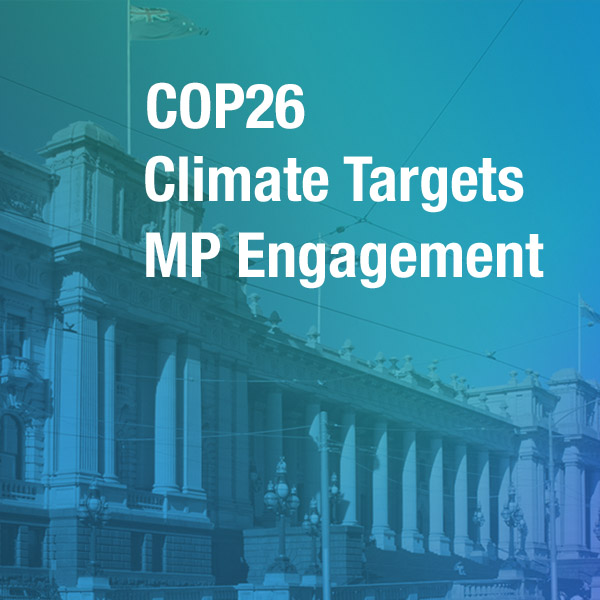 Australia took an empty promise of net zero in 29 years to Glasgow, with no modelling, new actions or legislation, while platforming Santos at COP26. Despite international pressure, Australia has not increased our 2030 target in line with comparable nations. Our Prime Minister had to bow down to the Nats demands for regional (fossil) funding, which could still include Keith Pitt’s outrageous demand for an eye-watering $250,000,000,000 for a line of credit for unbankable fossil projects. We are once again the climate laggard and blocker on the international stage, our plans rated “highly insufficient”, despite the vast majority of Australians, even in conservative electorates, wanting fast, effective action on climate.

We are talking to our MPs about Australia’s climate targets

It’s time to keep up the pressure! As constituents our MP’s must listen to us. MP engagement – letters, calls and meetings with our elected representatives – is valuable, vital work to help raise Australia’s climate ambition.

It’s easy to get started!

Contacting your MPs 1) jot down your concerns 2) polish up 3) call or email – use your constituent power!

A simple thing to do is write down about three or four bullet points about how your feel about Australia’s grossly inadequate 26-28% by 2030 official targets.

Here some ideas – but make your own

Then google your MP’s number, State or Federal, and very politely explain to the staffer why you feel Australia could do so much better, Be sure to leave your name, phone number and explain that you are a constituent, and that your vote depends on the MPs position on climate.

Or you could write a really short letter as a personal story to the MP of your choice on why climate action matters to you, referencing your bullet point list. We have also provided a more detailed letter below which you can use as an example.

Our Next Action – Writing to all LNP MPs – Want to join us?

Our next action is to write to all Federal Liberal and National MPs about the Climate targets. You can do this now! Here is a letter written by Alison Wright, one of our MP engagement champions that you can use as a base.

I am writing as a concerned citizen regarding urgent action needed to address climate change. My concerns are for the future of this country, particularly younger generations who will need to live with the devastating effects of climate change resulting from climate inaction of this and previous governments.

The science is clear, atmospheric carbon must be reduced this decade if we are to have any chance of minimising rising temperatures and avoiding more extreme weather events seen with increasing frequency. I refer you to the Climate Council’s ‘Aim High, Go Fast’ report which explains the urgency in taking effective action.

With COP26 scheduled in Glasgow Oct 31 – Nov 12, Australia has an opportunity to regain some credibility by making a strong commitment to effective climate action. I would like to see a commitment from the Federal Government for a national plan to significantly reduce carbon emissions this decade, with strong targets that at minimum match our key allies the United States, the United Kingdom and trading partners such as the European Union and Japan.

We have heard the mantra ‘technology not taxes’ for some time. Yet we have not seen a clear plan to develop and implement the many technologies known to be effective in reducing atmospheric carbon emissions. An effective plan would include:

The Climate Works report ‘Decarbonisation Futures’ outlines many existing zero-emissions technologies, and others which are emerging or in development. Australia can achieve a decarbonised economy by responsibly implementing these technologies. There are significant commercial opportunities in terms of jobs, economic growth and export markets if the transition is responsibly executed. Australia must take the lead in implementing these technologies to maximise their potential benefits and make the most of our technical, mineral and intellectual capital.

I encourage you to work with your Parliamentary colleagues in developing an effective climate action plan and responsible carbon emissions targets in line with our trading partners to take to the Glasgow summit. Our future depends on it.

Please feel free to use any part or all of this letter to write to the MP or MPs of your choice. Here is advice on how to correctly address a letter to an MP.

If you are in Melbourne’s inner east or south east 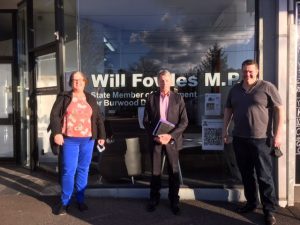 Meeting with Will Fowles MP

Lighter Footprints has established a nascent MP engagement group spurred on by the excellent work being done by Climate for Change. While Lighter Footprints members have always sought meetings with MPs we have not tried a dedicated group before. The MP engagement group is small but keen and meets fortnightly online. New members are welcome – please fill in the form on our Take Action page, which covers our working groups.

Since setting up this year we have focused on Australia’s climate ambition, using the Climate Council’s “Aim High Go Fast” report and the Climate Works “Decarbonising Futures” report as a base. 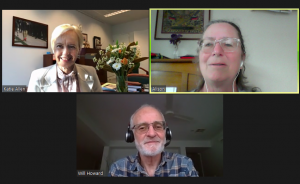 We have been having meetings with state and federal MPs and or their advisors. So far we have met with Katie Allen, Will Fowles, John Kennedy, Paul Hamer and the advisor to Senator Kitching. We have further meetings scheduled and are chasing others. Josh Frydenberg is notable for having refused multiple requests for a meeting with Lighter Footprints and a number of his constituents individually.

Why does lobbying MPs matter? Democracy is not a spectator sport!

It’s important to remember that our elected representatives work for us. We have a right to be heard by them. If we do not raise our voices the only voices they will hear are those of the lobbyists paid by the fossil fuel industry. 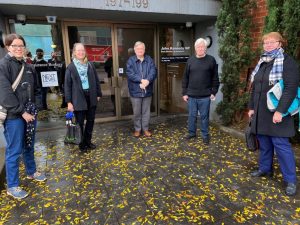 It’s not easy to measure the impact of fossil fuel lobbyists on our politicians. Judging by the current federal politics of climate change you’d have to say their work has been quite successful. Wikipedia defines state capture as, “…a type of systemic political corruption in which private interests significantly influence a state’s decision-making processes to their own advantage.” It would be hard to refute that state capture by the fossil fuel lobby is occurring in Canberra.

InfluenceMap is an independent think tank that conducts analysis of how corporations influence climate policy. Their website states:

“We use the term “influence” rather than lobbying for good reason. The capture of climate change policy by corporations extends beyond formal and financial interactions between lawmakers and corporations and their representatives. Since the 1990s corporations have invested heavily in messaging (advertising, PR, social media, etc.) to ensure their views on climate science and the appropriate policy response are heard loudly at multiple levels. Corporations try to ensure they are continuously engaging at all levels of the policy making process – from providing engineering expertise on matters technical, to CEO phone-calls to political leaders at key policy moments. All of these activities constitute corporate influence and we attempt to objectively assess as much as possible in our analysis.”

InfluenceMap’s analysis of corporate influence on climate change in Australia is summarised in the graph below. 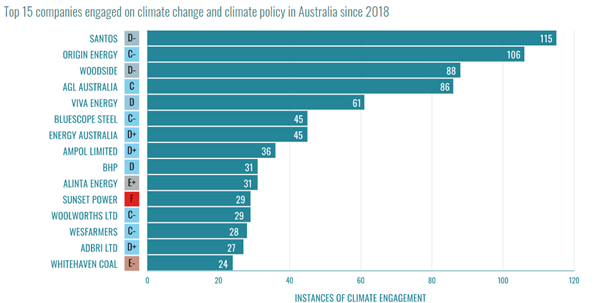 You can read more about their research on Australia here.

Summary and Next Steps

We can’t abandon the field to these fossil fuel corporates. It feels like a David and Goliath battle and we all know how that ended.