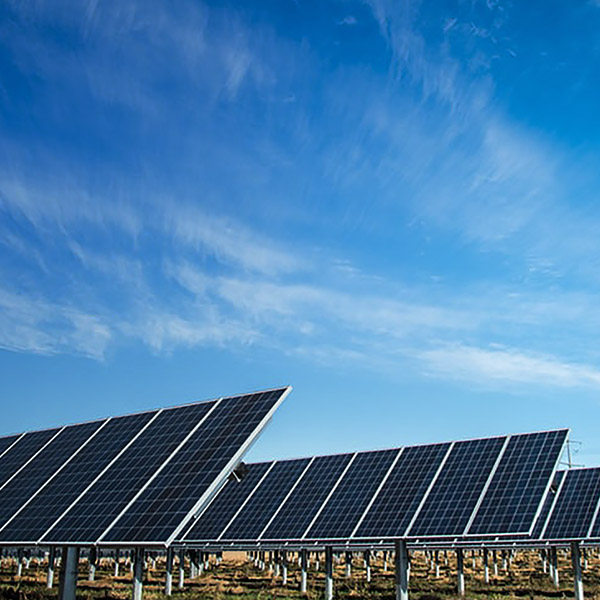 Going it Alone! What States can do for Climate Action

The Hon. Lily D’Ambrosio, Minister for Energy, Environment and Climate Change gave a presentation on State climate action, opportunities and challenges. This was followed by a panel discussion with Simon Holmes a Court, Senior Advisor to Climate and Energy College, Melbourne University, and was facilitated by Victoria McKenzie-McHarg, Strategic Director at Women’s Environmental Leadership Australia (WELA) along with audience questions.
You can watch the Minister’s presentation and Q&A again on our YouTube channel, and follow the tweet string here for notes and links.

As well as being an early mover on ambitious legislated 2030 Targets, Victoria is working on a gas substitution roadmap, and continues to support solar PV and energy efficiency. Other areas such as forests, gas drilling and transport provoked many questions. Minister D’Ambrosio explained better progress is being held back by lack of Federal support for climate action particularly in international investor confidence who might have a national view with respect to Australia’s climate policy framework not have a sub-national (State) perspective. The whole of government framework provided by the Climate Change Act 2017 (Vic) means targets and strategy plans apply across all sectors.

You can read more about Victoria’s Climate Change Framework here, which sets out a basis to proceed towards Victoria’s emissions reduction targets.

Victoria was one of the first jurisdictions in the world to legislate a net zero target through the Climate Change Act of 2017, which sets out five-yearly interim targets with a mandated Climate Change Strategy and corresponding Action Plans, and tracking and reporting requirements. An independent expert panel considered opportunities for emissions reduction, a “fair share” approach, economic and health factors and reported back in 2019 what is known as the Combet Report.

Emissions reduction pathway advice for Victoria from the ‘Combet Report‘ 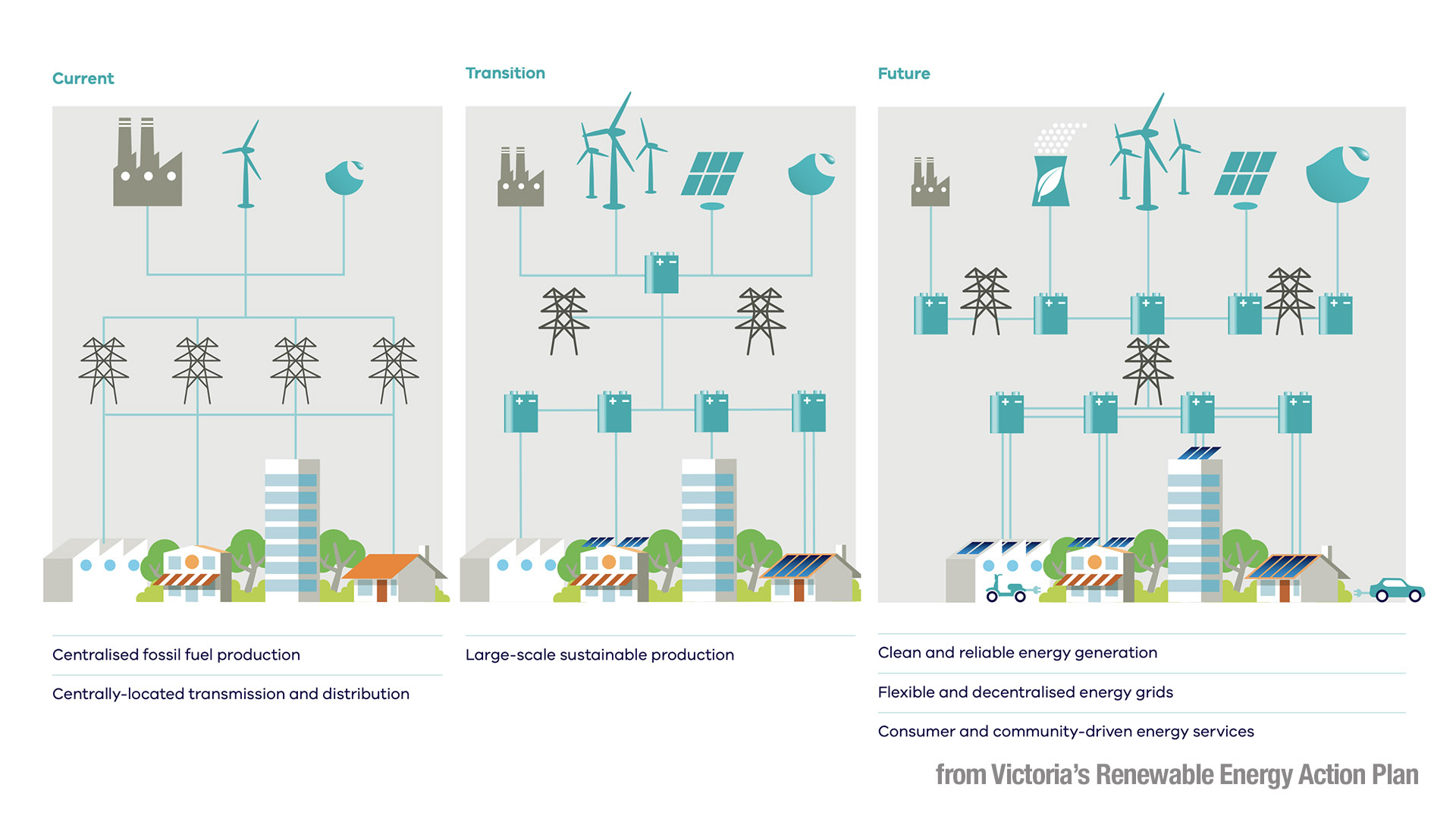 In summary, Victoria’s electricity grid will transition towards clean energy, supported by storage and firming, in a more de-centralised network.

Eligible householders receive up to $1,400 off a PV system and there options for interest-free loans and a battery rebate if that is more suitable. Victoria is also supporting 5,000 eligible businesses with $3,500 rebate in 2020-21.

Decarbonisation must be done democratically, involving communities and in such a way it is embraced by communities.

The MCPH is led by non-profit Yarra Energy Foundation. Lighter Footprints is pleased to be a MCPH partner organisation, helping to run programs that work to reduce local emissions, including the MCPH Solar Program  and advocacy for Getting Off Gas. You can read more about our work with the MCPH on our information page here.

Lighter Footprints is excited to be able to assist the community in and nearby Boroondara to make solar more accessible, and we are running a number of events to help increase solar take-up in our local community, including a solar information night on November 3rd. The MCPH Solar Program offers independent advice about solar installations and issues such as size, orientation and heritage factors, as well as access to vetted, trusted providers, and has facilitated putting on over 18,000 panels to date.

Switching to cleaner, safer affordable electric appliances will help you save on energy bills and reduce gas health impacts in the home. The MCPH also runs a Getting Off Gas program in addition to the Solar Program, and will offer more information on November 3rd. You can also check out our Making the Switch brochure here and the corresponding information page, chock full of accessible research about the benefits of transitioning your home away from gas.

Our community is putting on solar and electrifying our homes

Many of us have already taken steps to increase self generation and reduce emissions by putting on solar, which also increases the climate benefit of other actions like buying an electric vehicle or moving to electric appliances. You can read more here on our solar stories blog.

Victoria’s Gas Substitution Roadmap will show how we will shift more household appliances to electricity, and improve household energy efficiency. This will do much of the heavy lifting to halve Victoria’s emissions by 2030. The residential sector makes up over 40% of gas demand in Victoria, and getting to net zero emissions involves no new gas development and  getting our households off gas. Check Lighter Footprints Making the Switch page for more information including accessible health research, showing that moving to an all-electric home is safer for all residents, especially our kids.

Electrification of homes is consistent with ‘Rewiring Australia‘ as explained by Saul Griffiths: The Rewiring Australia project is encouraging households to switch from gas to solar-powered electricity. Dr Saul Griffith says consumers would reduce their emissions and save thousands of dollars each year. The household sector “is the easiest sector to decarbonise”, Dr Griffith says.

Victoria has committed to increasing clean energy in the transport sector, with a goal of 50% of all new vehicles to be zero emissions by 2030. Currently there are 4000 subsidies of $3000 each, and reduced subsidies after this. However the legislation passed that taxes electric vehicles’ usage is very controversial and has currently not been followed by other States.

Russell William powers his EV from his own solar during the day. “I’ve got this very strong view that we need to electrify everything”

The Star of the South windfarm will be a game changer for the La Trobe Valley. The $8 billion to $10 billion investment will power 1.8 million homes (20% of Victoria’s needs) and create 8000 direct and indirect jobs. Although the State of Victoria has been a strong supporter, the 200+ turbines would be located 3km offshore in Commonwealth waters.

After years of opposition, initial legislation was introduced into Federal Parliament in September, but the Bill has been judged to have poor environmental and safety provisions and does not deal well with Native Title and provisions for a local community ownership share. The Climate Council highlights that off-shore wind has the potential to power Australia’s needs many times over.

Carbon sequestration – soil, forests and oceans are a key part of reducing our emissions. Victoria has committed to end native forest logging by 2030. However the recent Black Summer bushfires have greatly impacted the scale and biodiversity of existing old-growth Mountain Ash forests, and it is time to consider an earlier end date than 2030, to logging. When asked about this, the Minister pointed to the difficulty of legacy contracts and jobs, and asked that we consider the State government’s overall record on climate.