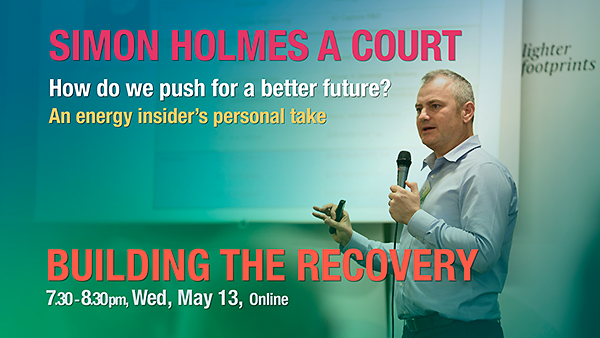 BUILDING THE RECOVERY ( ‘A new and better normal’)

Simon’s special insights into Energy and Climate returned to Lighter Footprints with a review of the opportunities for a renewables based recovery from the pandemic.

So where should government stimulus money best spent?

The Summit identified ten renewable mega-projects worth investing in:

The use of heat exchangers in aluminium smelters turns them from massive, inflexible electricity users into valuable grid stabilisers. We have 4 struggling aluminium smelters, but with this new technology they can become a virtual battery to help stabilize the grid. Simon had visited one of these refitted smelters in Germany. He described how once refitted, they can be used to help old coal fired power stations to cope with peak demands. They can make more money in grid support than they do producing aluminium! The efficiency is better than that provided by Tesla batteries or Snowy 2.0 and it is cheaper. 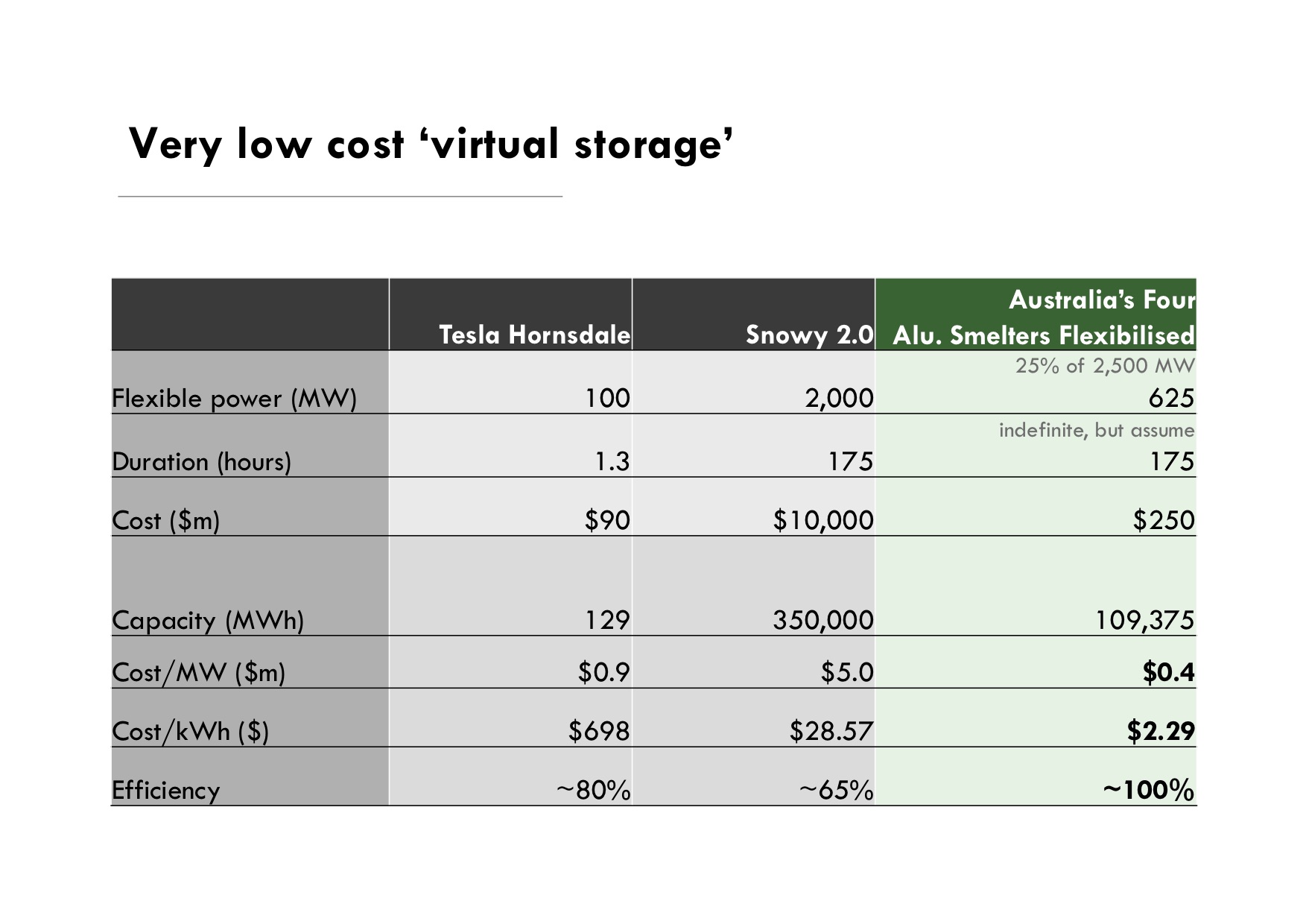 The recent Grattan Institute report outlined what could be done with extensive low-cost renewable energy and iron ore – Australian produced green steel that uses renewable hydrogen to displace coking coal. This is a great opportunity to value-add here. If we provide just 6.5% of the global steel it can provide $65bn in export revenue and 25,000 jobs in strategic areas. There are calls for federal funding of a flagship project. We already have electric arc furnaces powered by renewables, so we know the pathway. 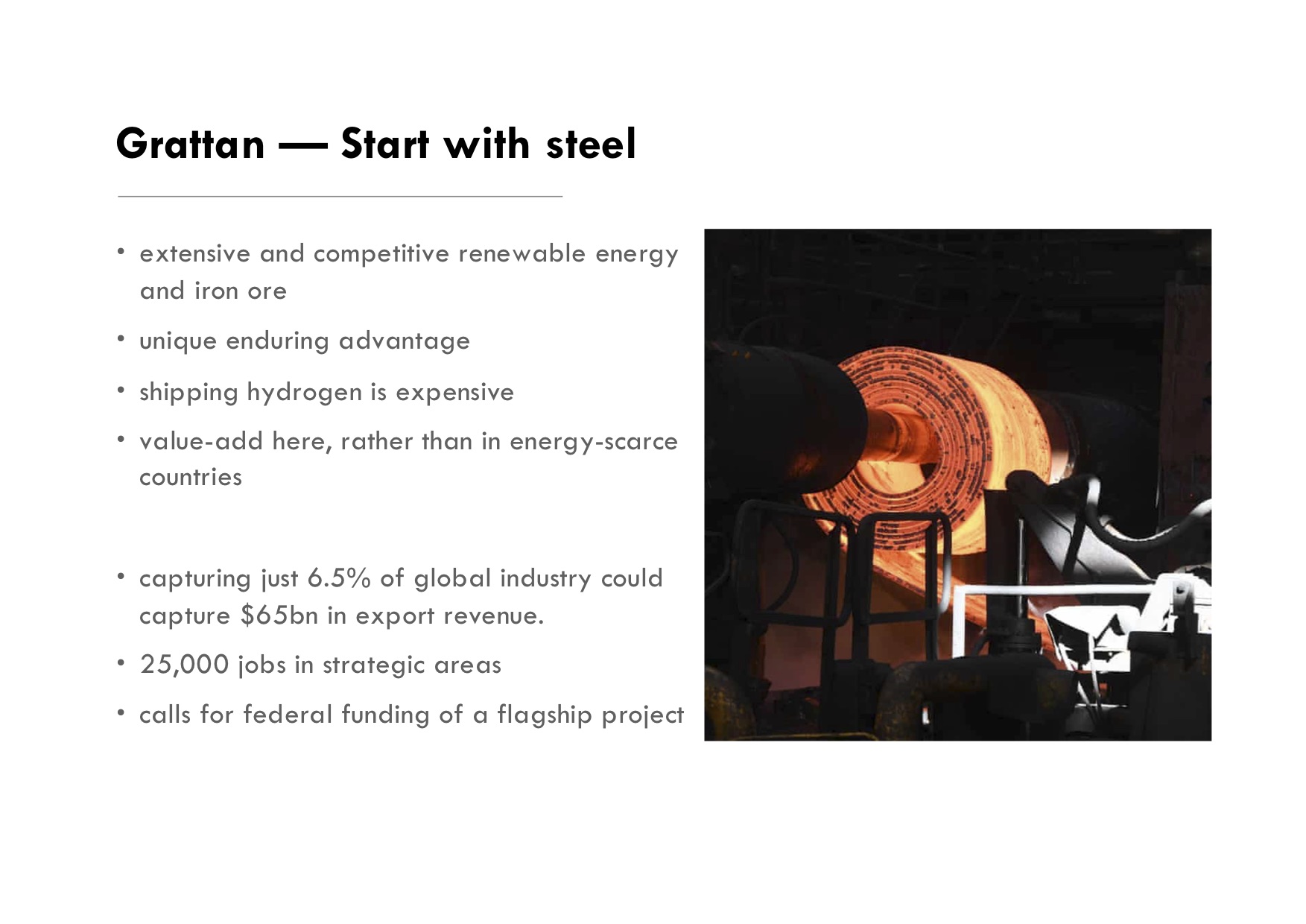 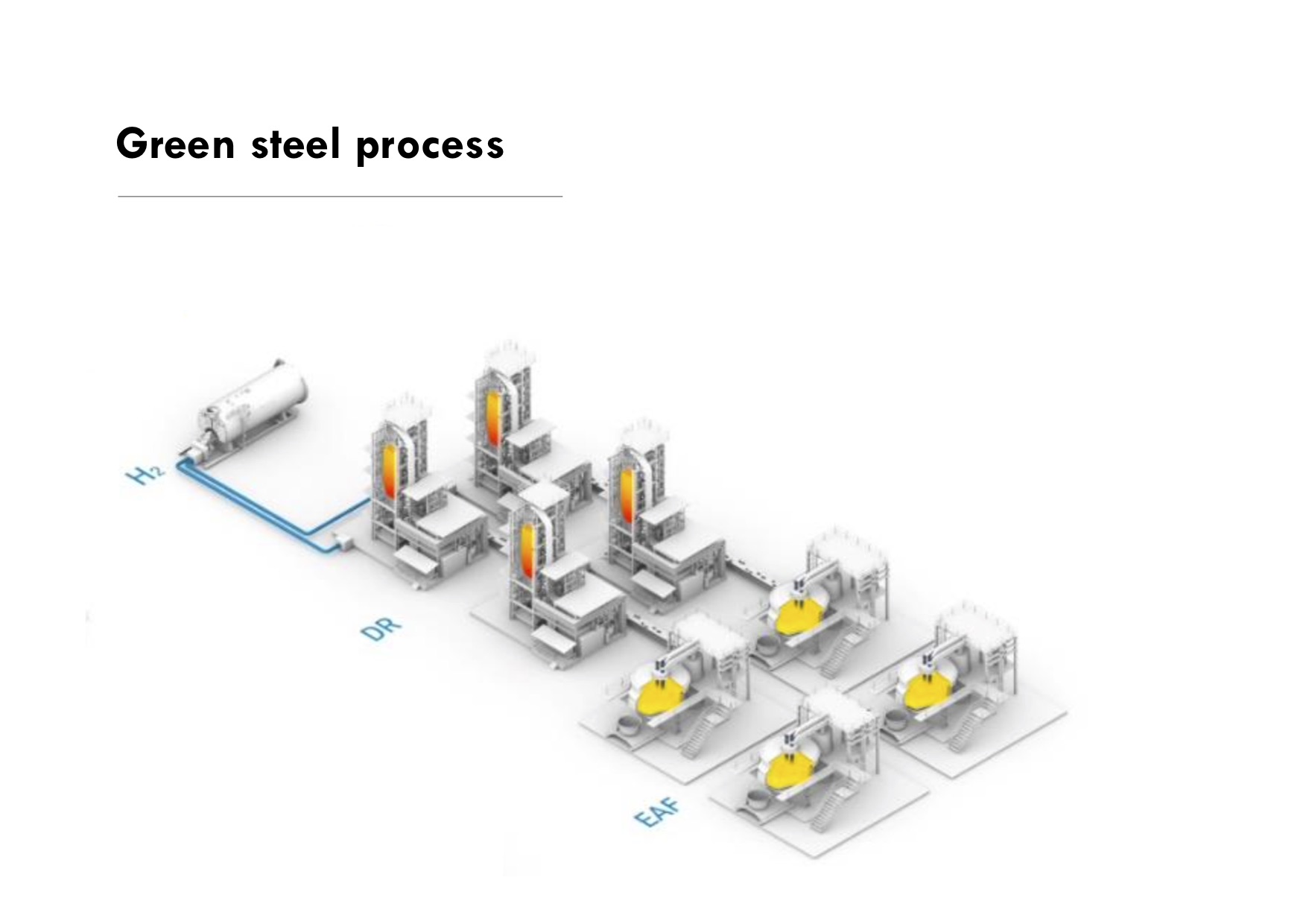 What are the environment organisations saying?

There is a need to keep policy measures appropriate for renewing the economy in an environmental and sustainable way. The Australia Institute (TAI) has proposals for how the government could spend its stimulus funding, and Simon placed stickers against the environmental items TAI thinks are a goer, and a red one for the anti-environment one! 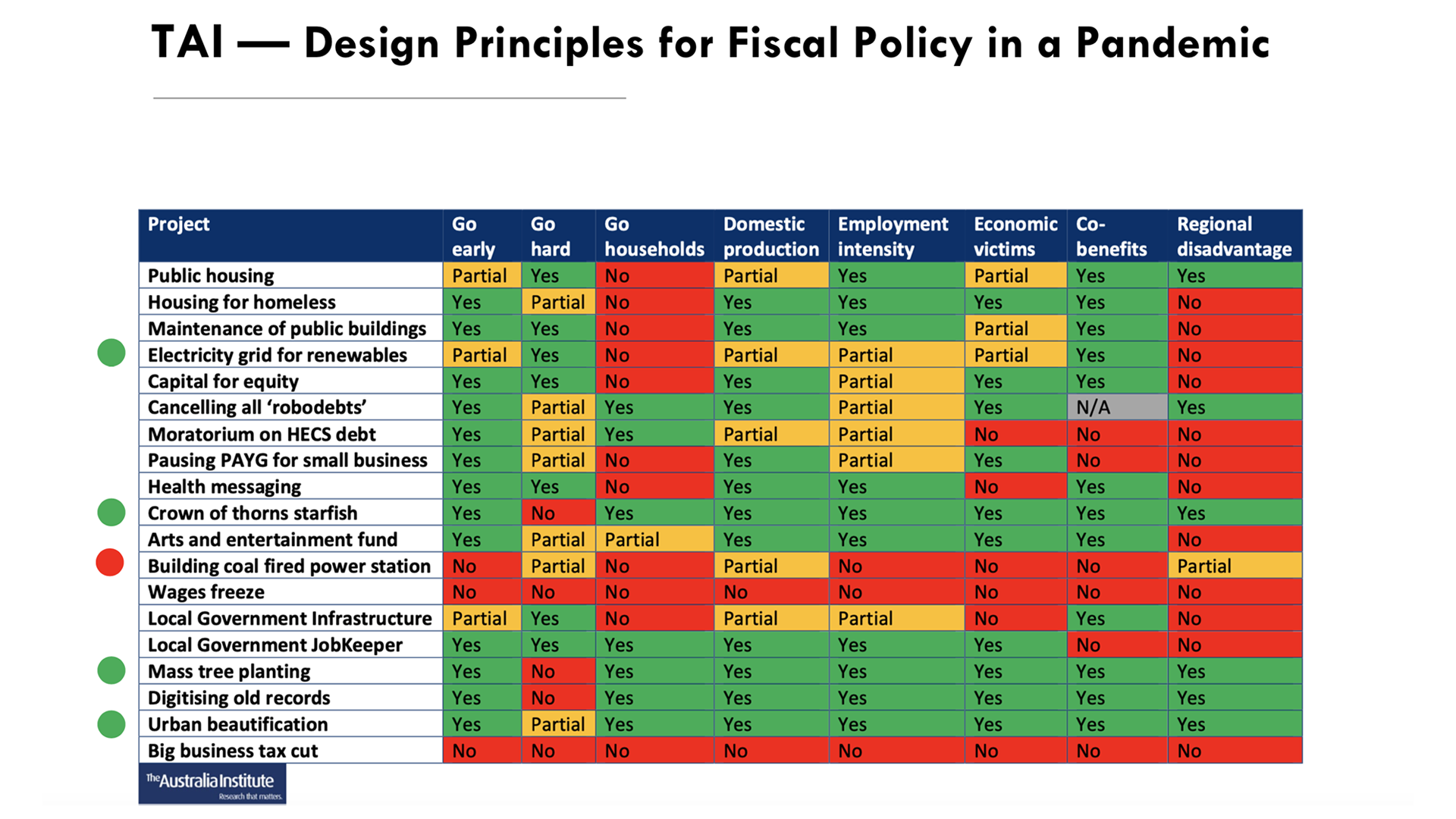 ACF is creating a plan to recover, rebuild and renew. 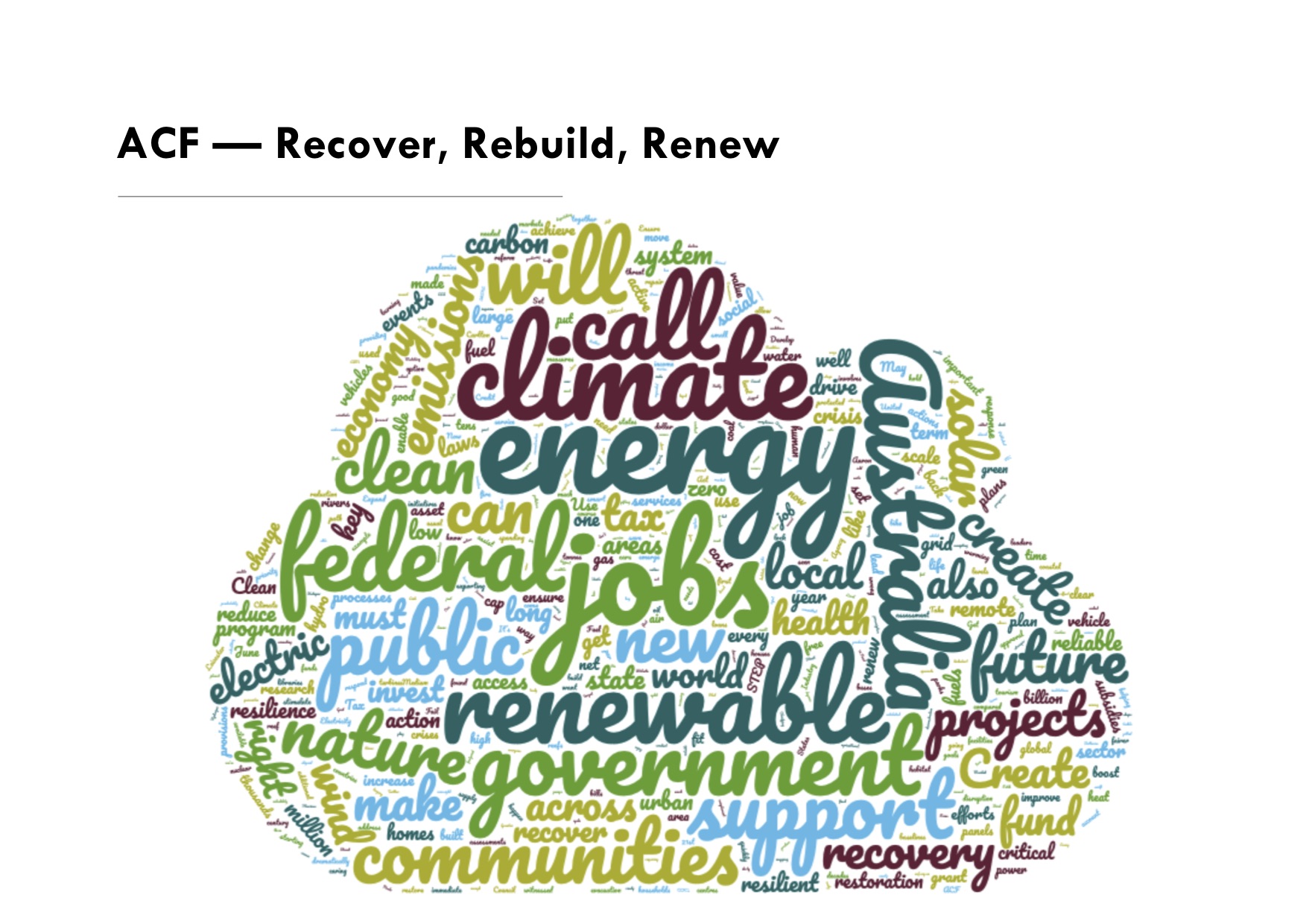 BZE has a million jobs plan in the low-carbon transition:

Some mega-projects announced (Not gov funded at all)

There are a number of mega-projects in development already announced in the media:

The National COVID-19 Coordination Commission looks a little like a Gas Coordination Committee, littered as it is with gas and fossil fuel people. But the truth is that there is not much need for gas in the future, and that’s what will drive future energy investment.

BUT, there are reasons to be cheerful!

There is fertile ground for big ideas, even though not solicited by the Government, and they are not necessarily listening. However, these ideas are contributing to the public debate since it makes economic sense.

“It is impossible to self- isolate from Climate Change”, says former governor of the Bank of England Mark Carney. COVID-19 is a significant threat but not as big as the challenge of climate change. How we come out of the present crisis will show what we can do as a society. 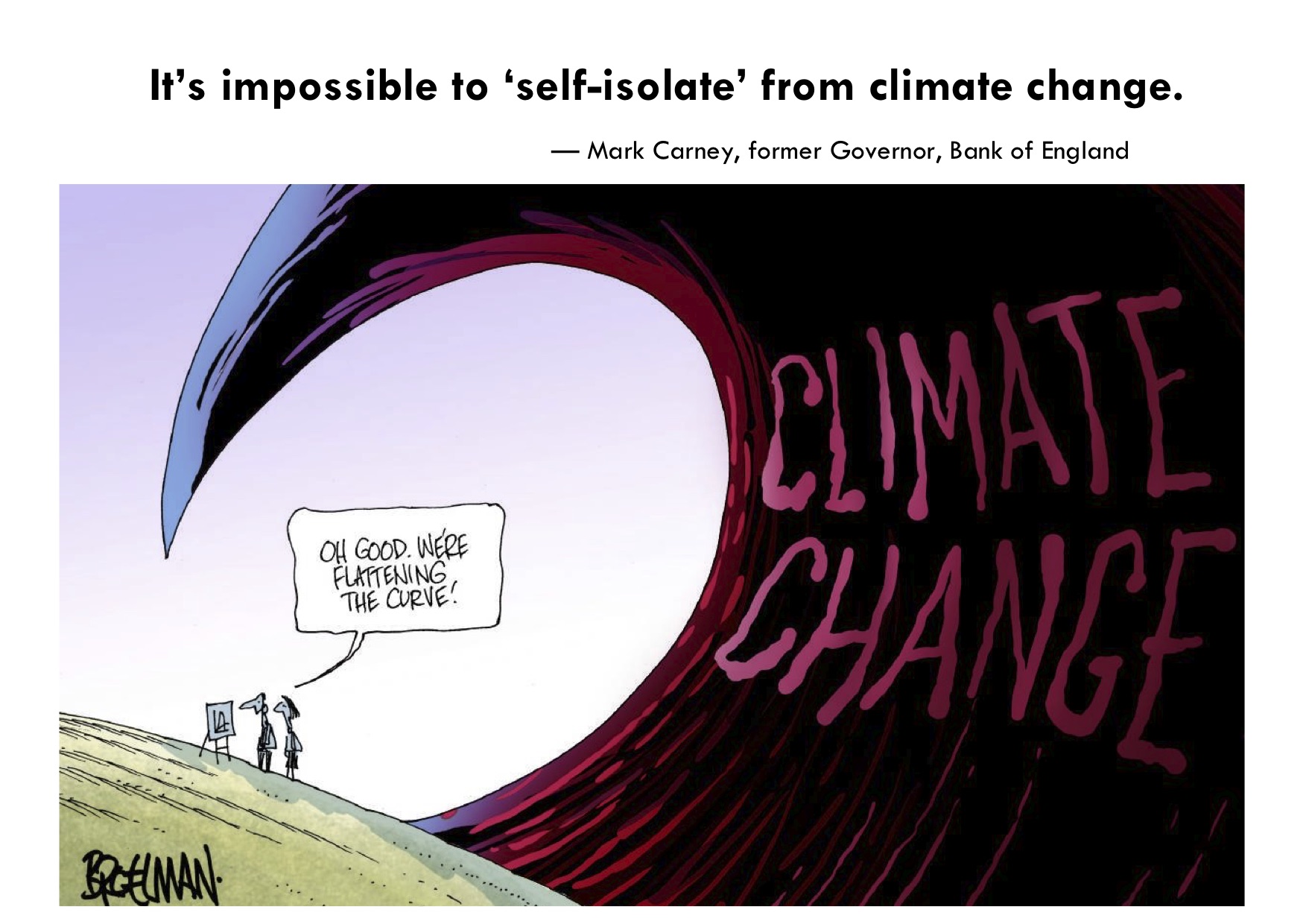 Here are some of the questions Simon answered. Best way to really get a handle on these is to listen to the Facebook Live – they are good!

Are you and your colleagues being heard?
The States are listening.

What is holding Industry back?
The aluminium sector is struggling; China has flooded the market with cheap aluminium. Their power costs are high, but they could be competitive again. Sanjeev Gupta is investing in the engineering plans to transform Whyalla into a green steel industry hub using hundreds of MW of solar and storage. Carbon farming is a tough area; the major buyer at present is the Commonwealth Emissions Reduction Fund.

Should we lobby to shut down coal or lobby for new renewable targets?
Both, we need to advocate for more aggressive targets and a time-line for the orderly closure of coal.

Why has Finkel suggested phasing in hydrogen using energy from gas and coal?
He is a scientist and a politician. If he takes too hard a line he will lose his voice in Canberra – which he needs to be able to persuade.
Remember – the market is clear about bypassing gas as a transition fuel whatever Finkel says.

We need to consider transportation and agriculture as well as electricity production.
Agreed! Energy consumption is only 1% less during the COVID shutdown. Transportation will overtake other emitters. So electrification of transport is important (~1/3 of emissions in Australia?) and it must be powered by renewables.

Carolyn – A huge thank you for bringing this to us in an accessible way and giving us hope that things are happening quickly.

We even had time for Breakout groups with the question “What grabbed your imagination and who will you tell about it?” There were many productive discussions in the Zoom breakout groups.