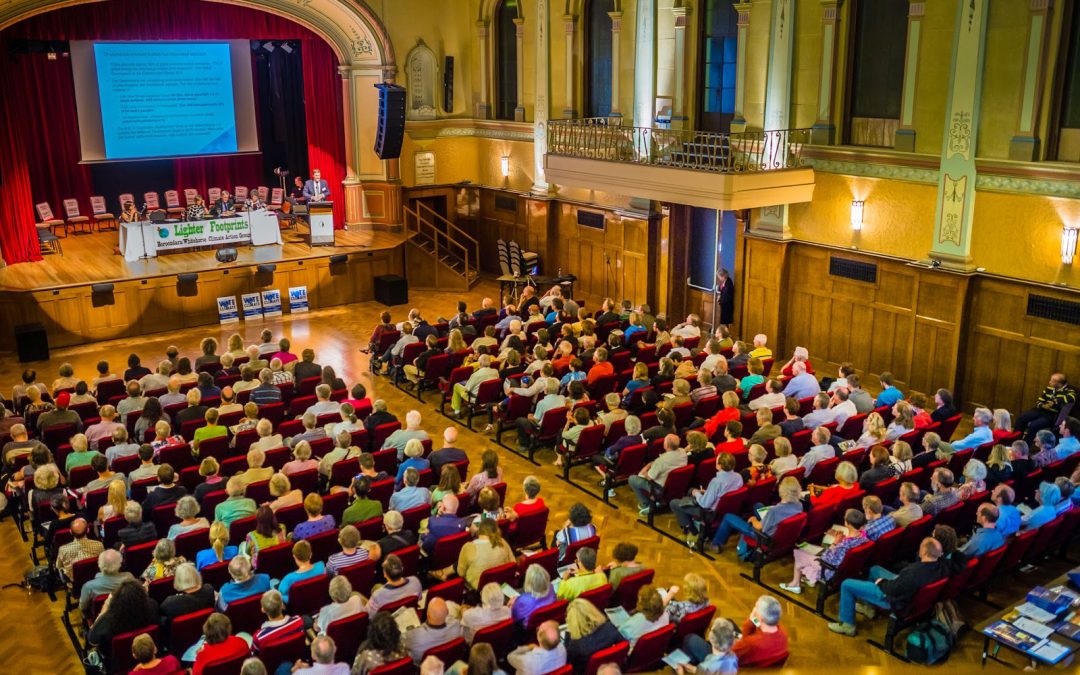 And now it is done!

And life can go on for those us who’ve been involved with getting this to happen.

So thanks to all of you who did your part. Many of you came, and many told others about it, others delivered flyers – thousands and thousands of them. Well, many people now know that we exist!

It is quite something to have been able to fill this hall at election time in an area of perceived safe Liberal seats, where no Liberal candidate chose to come.

The speakers all had different perspectives on the issue of climate change and government action, but together the picture was one of frustration in the face of a changing world – one recognised as moving away from fossil fuels but still having sound economies, and then seeing all the ways that we can in local areas, and our own lives, influence the decisions that impact on climate.

The candidates filled the seats set out for all 12 invited; 7 were occupied (one Greens member was sick at the last moment) and four Liberal seats are unoccupied.

Several stalls were set up and did good trade! And there were refreshments.

The responses from the audience to the evening was very good- many have since contacted me to say they felt they learnt a lot and have gone away with a strong continued commitment and some hope that  we might get through it!

We recorded the speeches from the panelists and have their presentations, so in due course – people with web skills permitting – you will get access to these.

Below is a brief outline of the main panelists presentations and copies of their presentations will be found on our Forum page(shortly), and some photos. 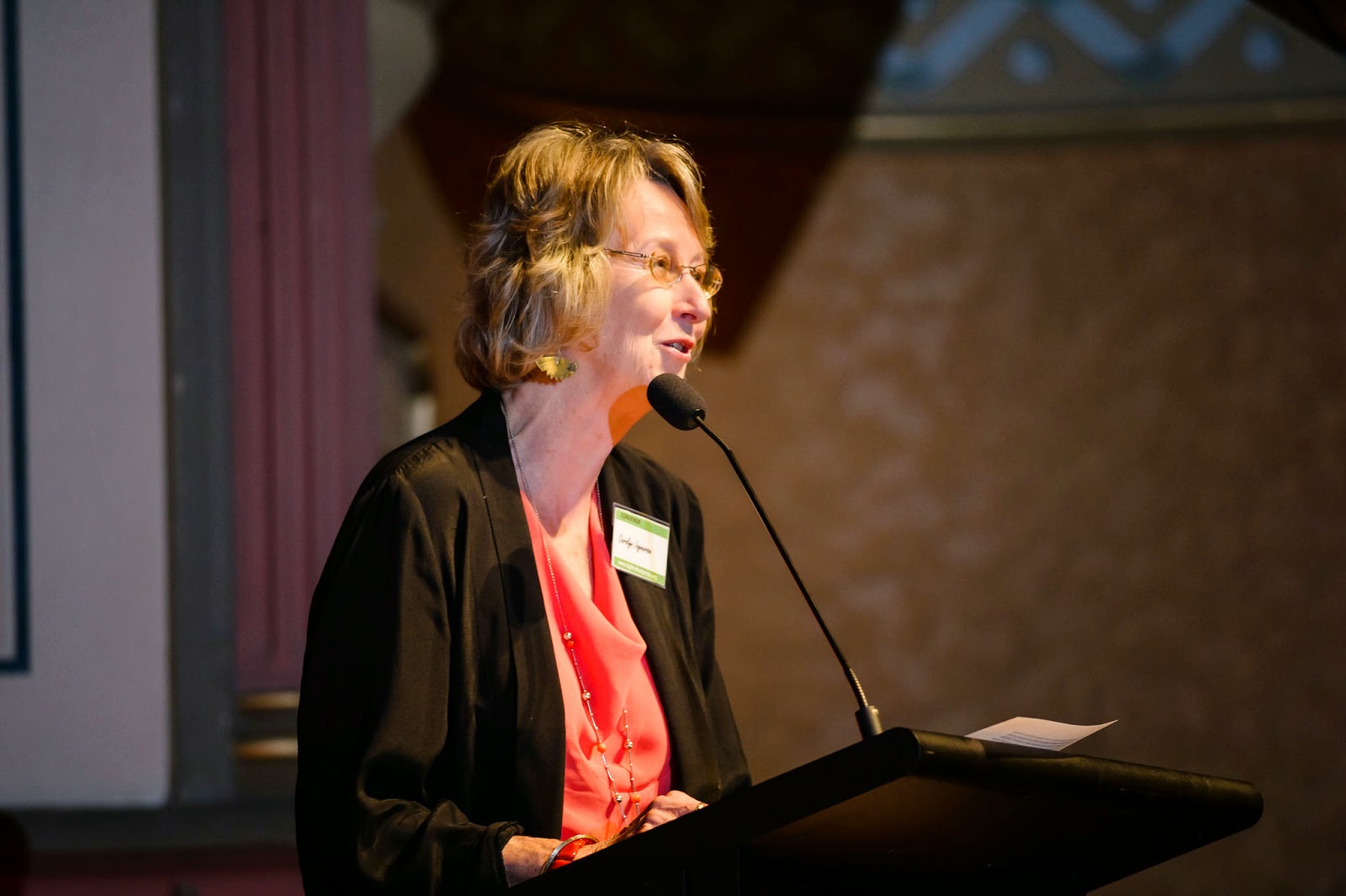 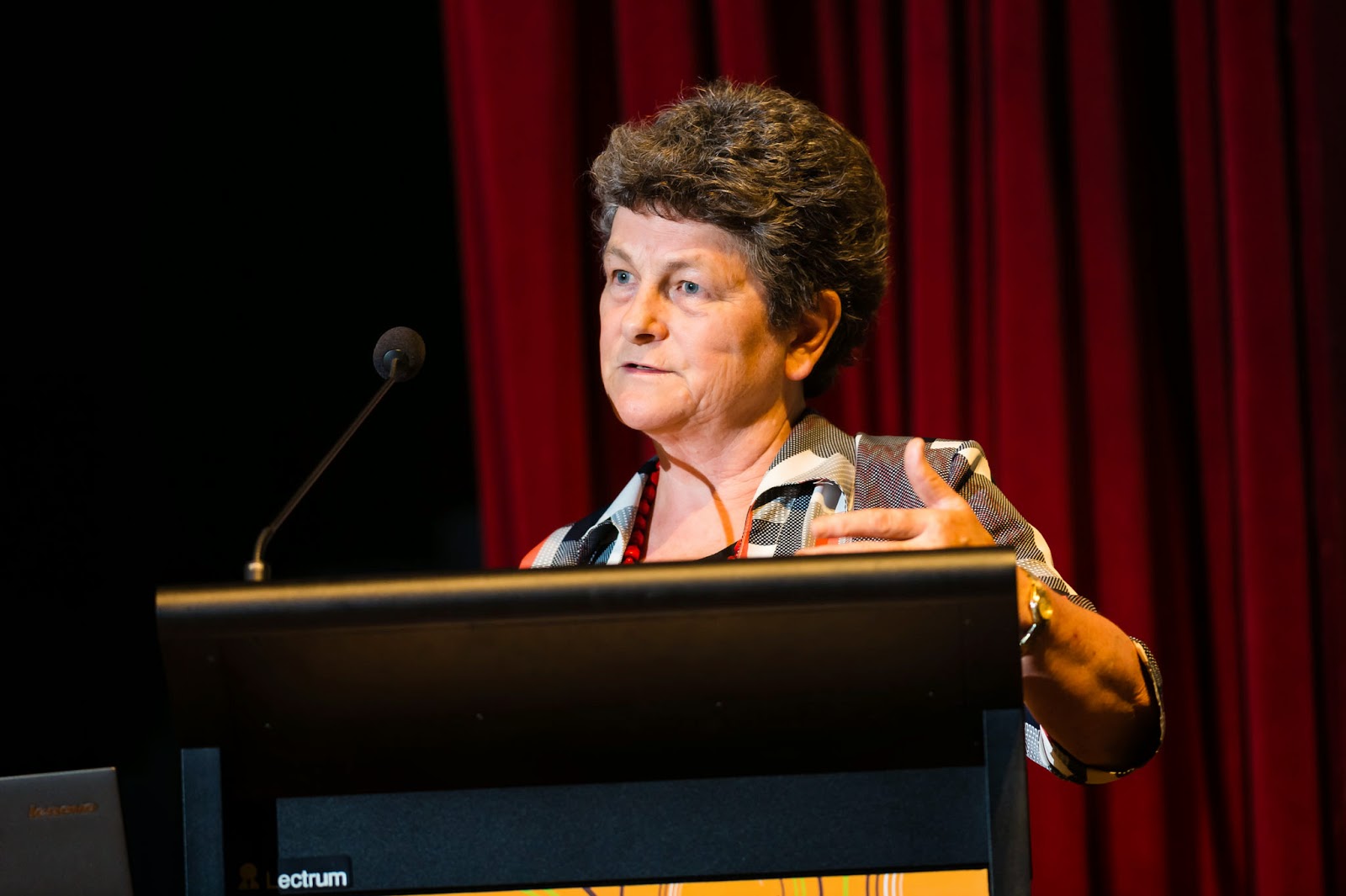 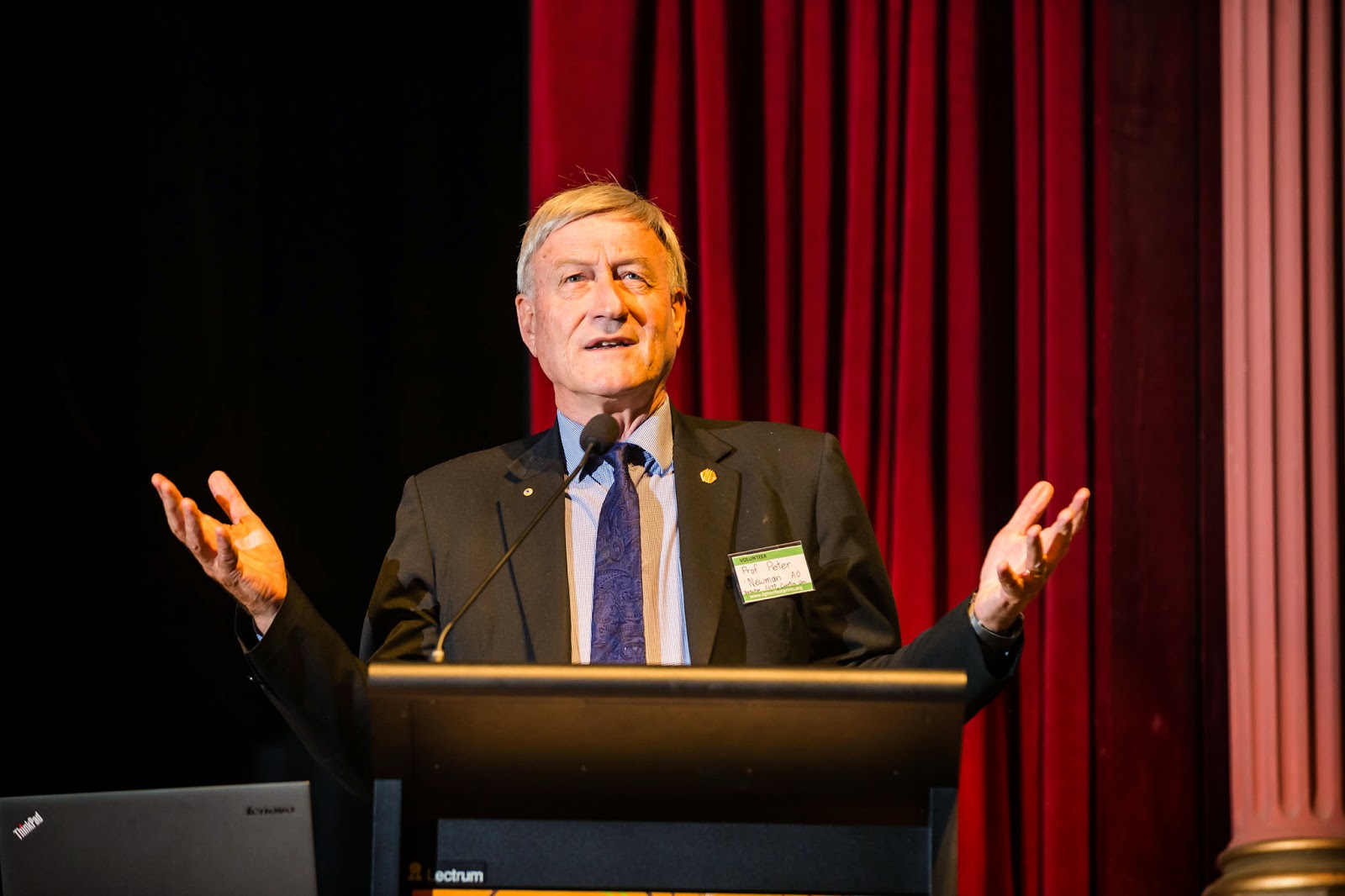 Peter looked at international trends and the chances of a turnaround in emissions by 2050. Based on current movements – he thought that we’d continue the de-coupling beginning to happen between GDP and carbon – it is happening with coal and now also with oil. Big investors are responding by shifting their investment away from those based in fossil fuels. This does not mean that Gross Domestic Product goes down- – it grows based on fundamentally green economies.

He showed the huge investments in public transport around the world; the way green buildings – homes, and commercial, are triggering interest; the way that once entered, the low carbon economy is attractive. He warned that with the majors round the world now moving fast towards decoupling from fossil fuels, we risk being left stranded with government backing an economy that has not made the shift in time.

He believed that many in Australia are acting (used Josh’s house with 1 million hits as an example) and will act whether this government heads in this direction or not, which is where the title “does government matter?” resonates – it  risks becoming  irrelevant. 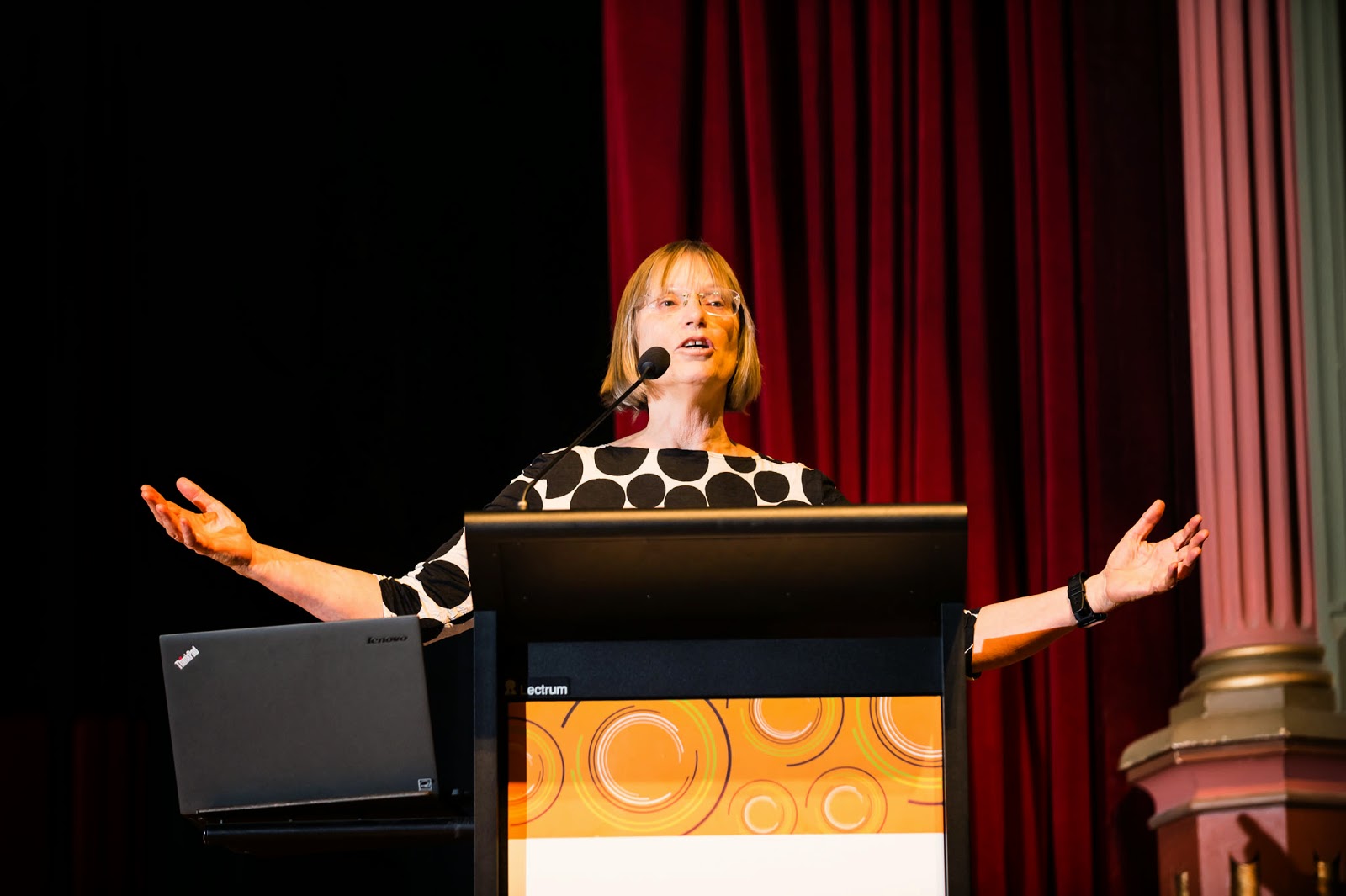 Governments matter but equally your own actions matter – personal actions everyone can get on with!

Change your vote; write; talk to people; read; join a group; join a party; stand for office; share the things we have; reduce consumption; divest shares  from fossil fuel companies, banks and superannuation companies that invest in fossil fuel companies; take direct action forcing people to take notice and slow down other actions until change can be taken. And there’s more… 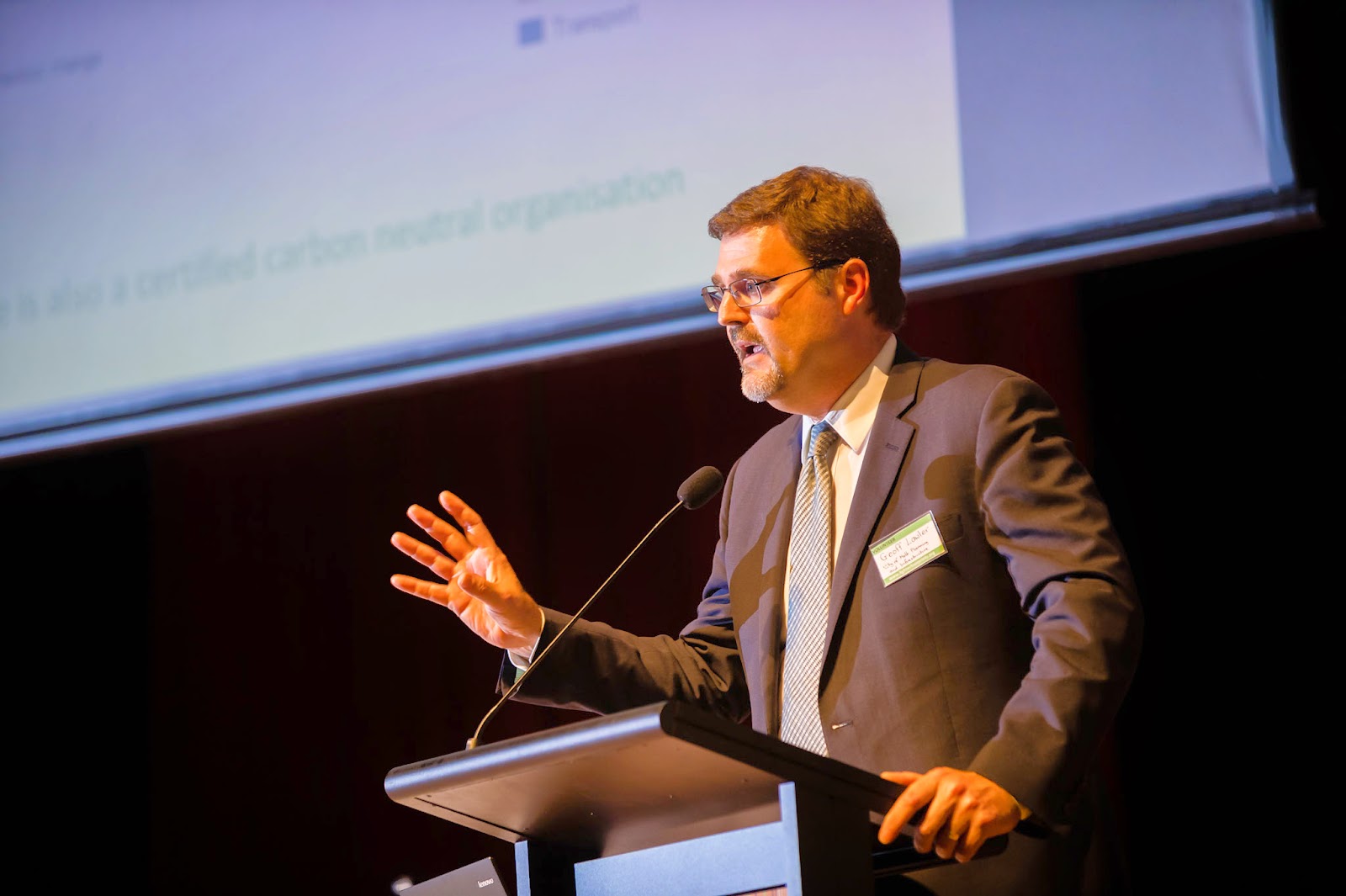 Geoff spoke of the critical role of cities in the battle to reduce emissions. This is where most people live and the highest proportion of energy is consumed. So it is critical that city governments take practical action on climate change. He gave many examples of foundations supporting big projects in cities, showed how to develop sustainable goals, and what to expect as climate bites.

The biggest impediment is inertia, but increasingly city governments, along with businesses, and communities are taking their own action. Although local can lead, cities are impacted by state and federal governments, so it would be much better if all levels of government worked together. 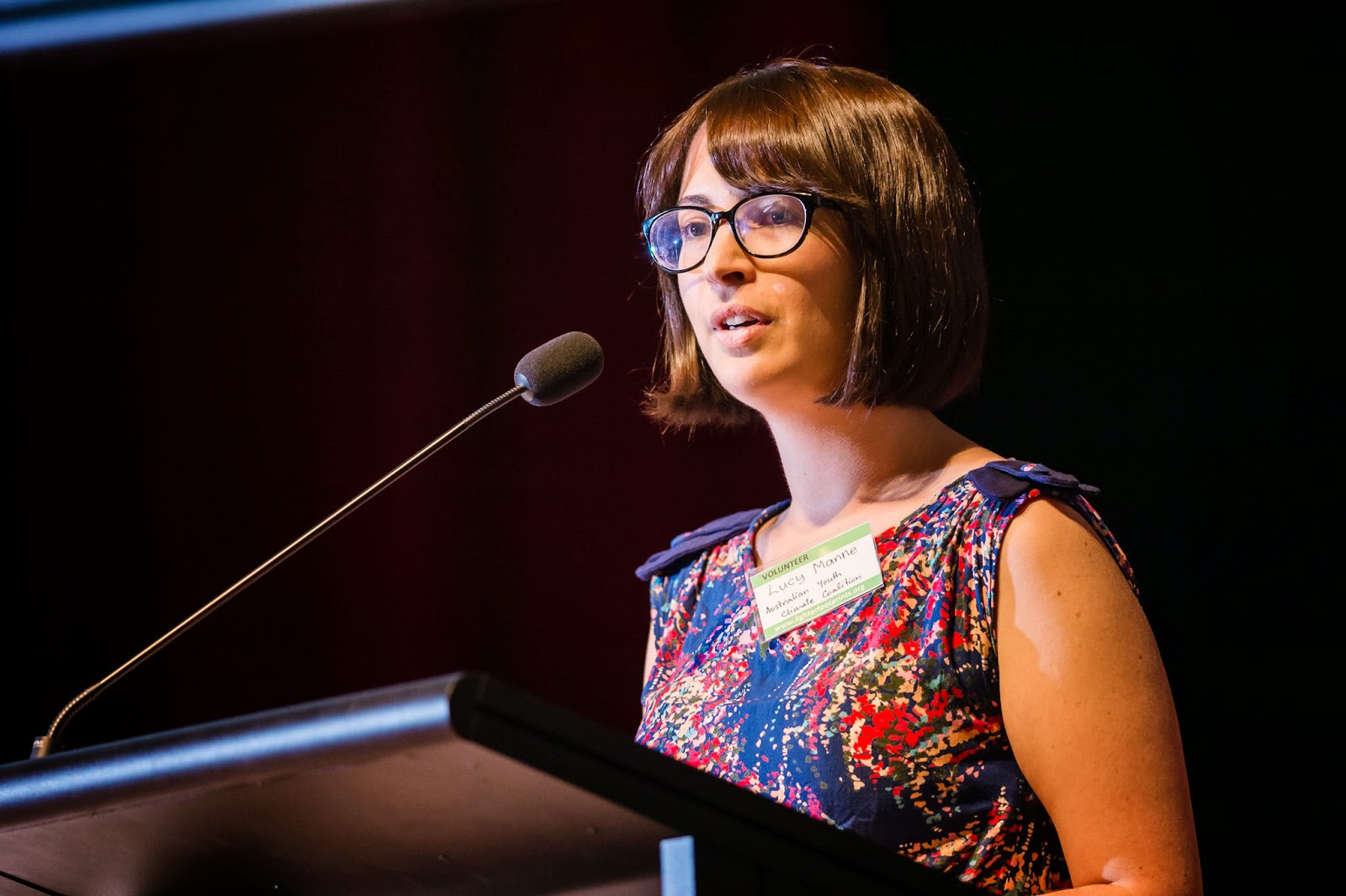 AYCC has 120,000 members because young people want to be at the table on issue that will affect most. They want more action, and they want it faster with a recognition of the urgency required.

Governments are failing to be champions, but worse than this, they are standing in the way of change. We can challenge that, and we can build our power to compete with the fossil fuel lobby!

The panel on stage: 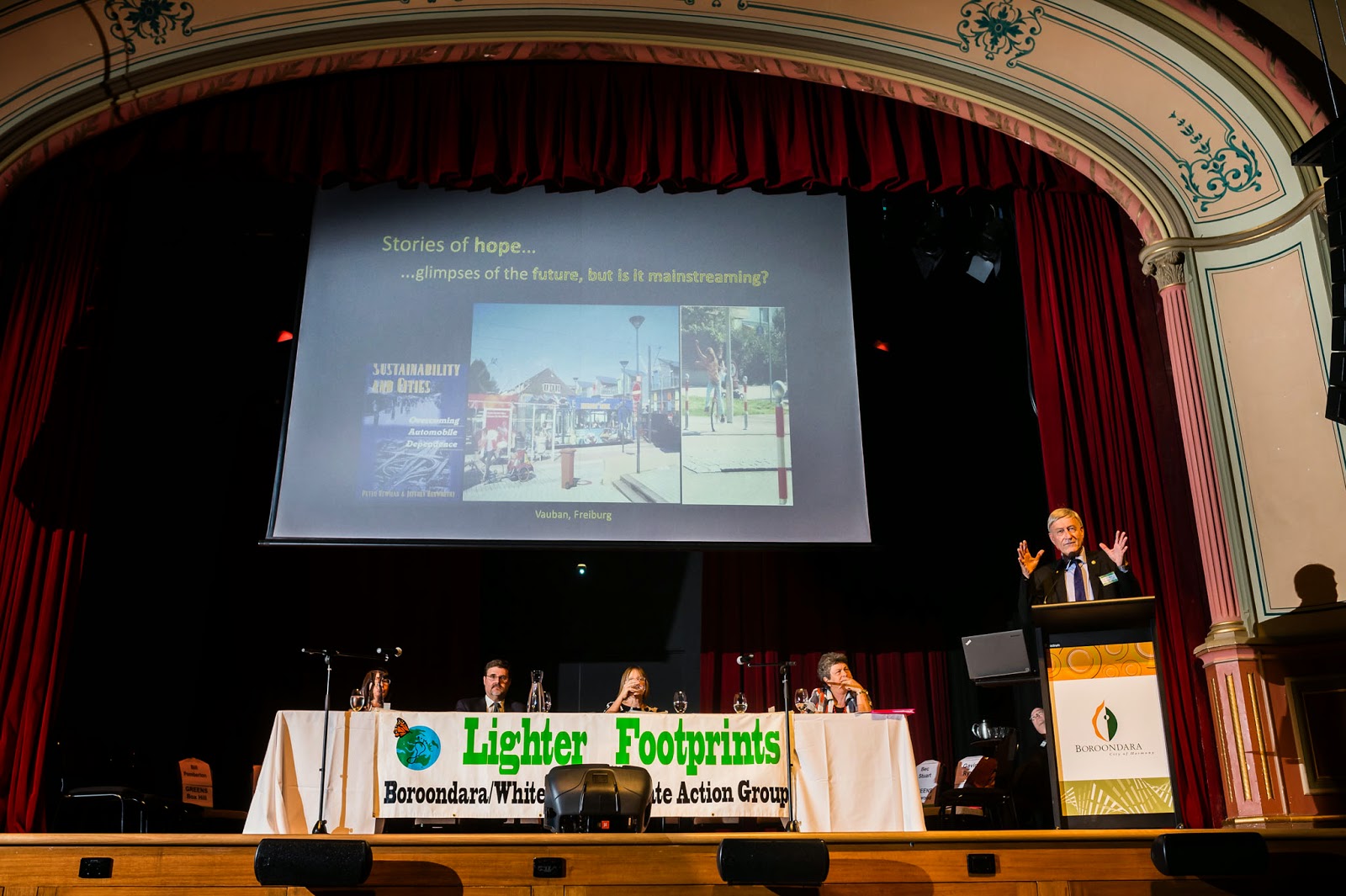 The filled hall, with stalls at the back: 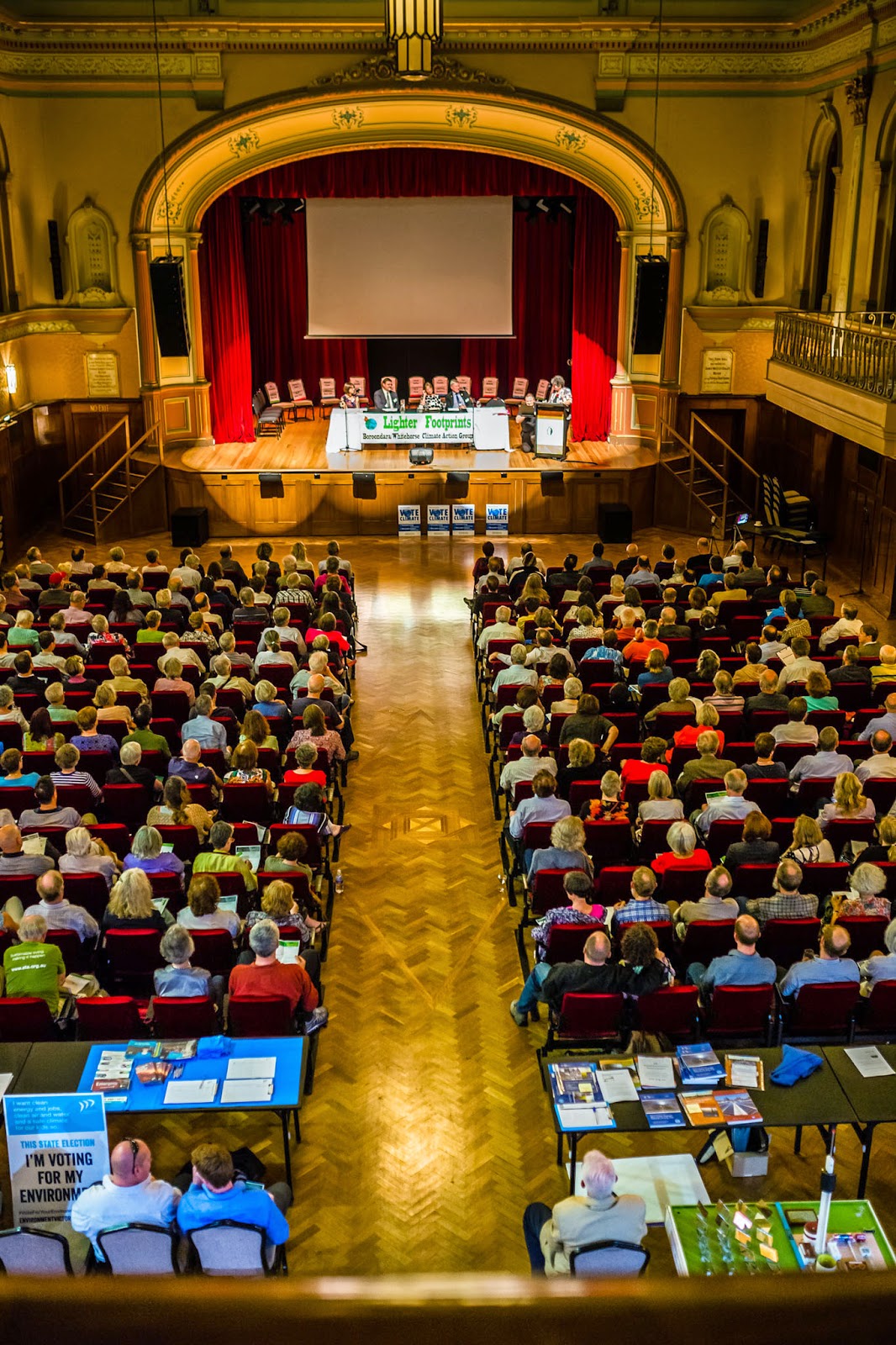 The panel (in this case Peter Newman) answering questions from the audience: 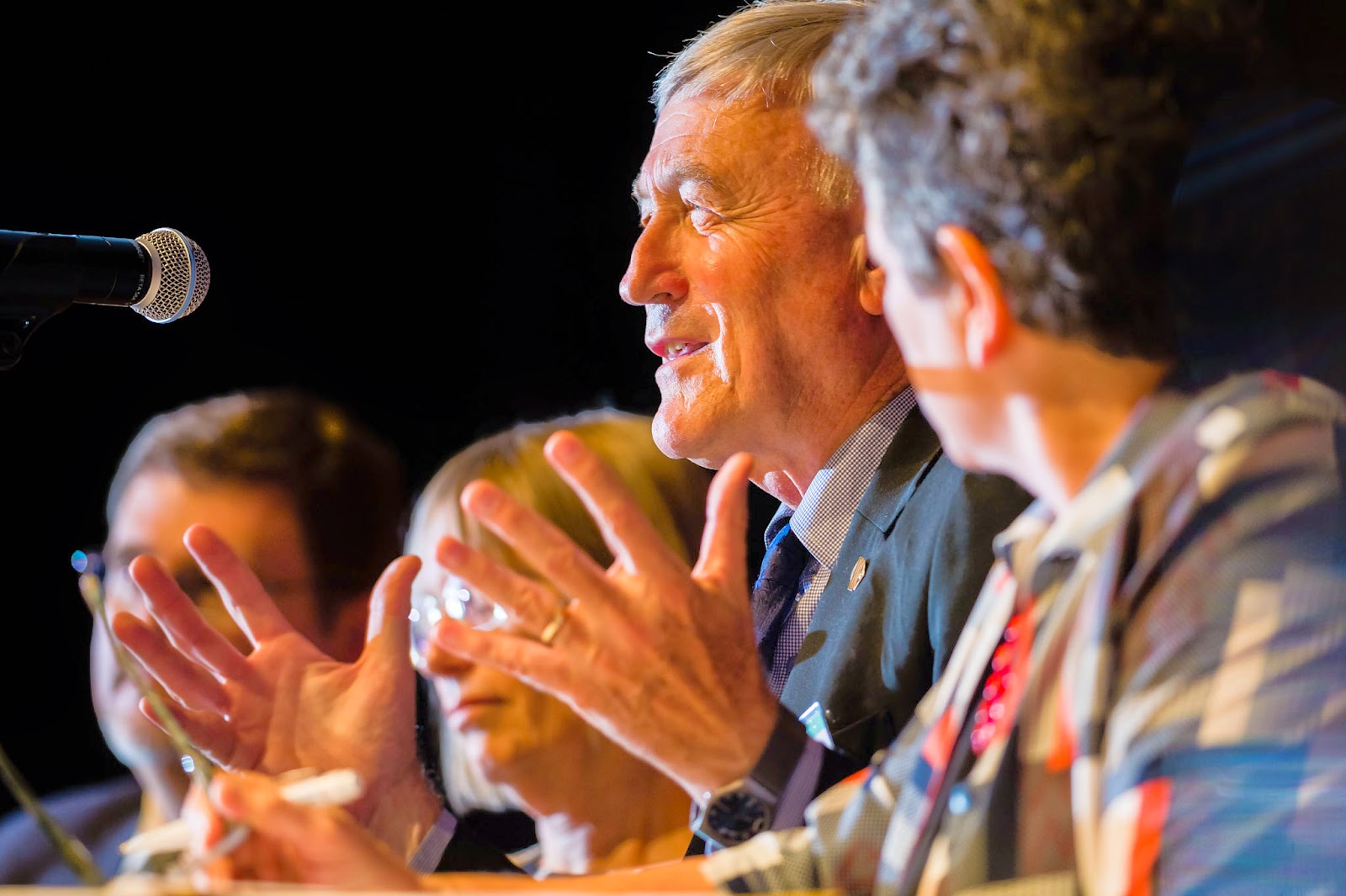 12 candidates were invited from Hawthorn, Burwood, Box Hill and Kew.
ALP and Greens candidates all accepted the invitation, but no Liberal candidates accepted. 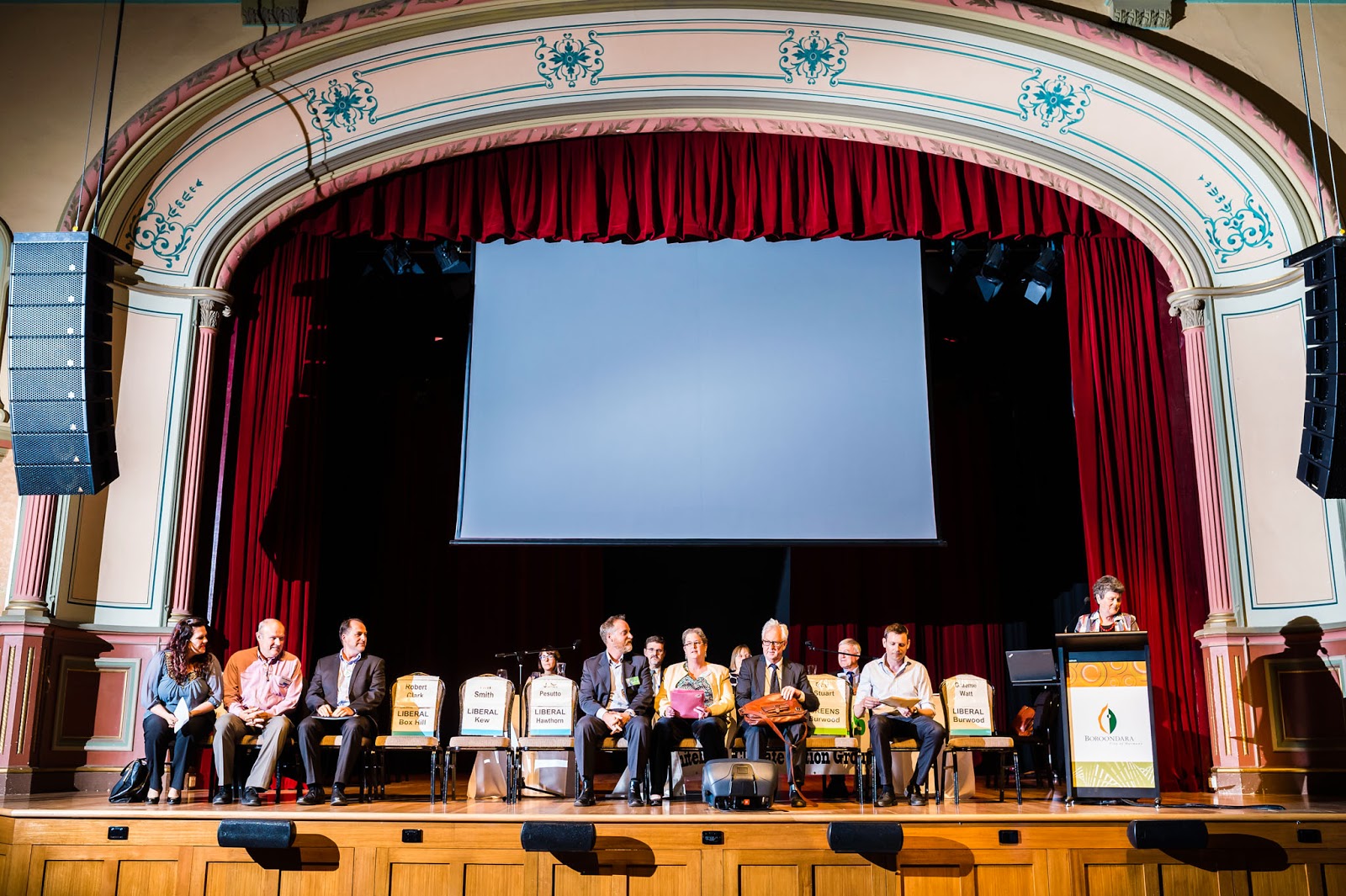