How many tonnes of GHG emisisons do Victoria’s coal-fired power stations release each week?

“The average weekly emissions from coal-fired power stations [in Victoria] was 1.236 MILLION tonnes.”

With a population of 5.34 million (at the end of Sept 08), that’s 231kg per person, per week, for every inhabitant of the state. That’s around 4,600 of those black balloons we see on the TV ads for each of us, every week.

Bear in mind that these figures only include emissions from coal fired power stations and do not include other major emissions sources like burning gas, petrol, diesel, nor agricultural emissions nor deforestation.

96% of our electricity in Victoria comes from coal-fired power stations. These burn brown coal which make them some of the worst GHG polluting power plants in the world – here in our own back yard. Every kWh they produce causes 1.31kg of GHG emissions (CO2-e) (27 black balloons worth) to be released to the atmosphere.

Look at your last electricity bill to see how much electricity you used last quarter and multiply that by 1.31kg*.

For more in depth information on Australian GHG emsisions at a state level, pls see The Climate Group’s Indicator web page or its 08/09 Summer Report.

*This figure is nearer 1.0kg for other Australian states since they do not burn brown coal. It’s also much lower in Tasmania where a lot of their electricity comes from hydro generation. 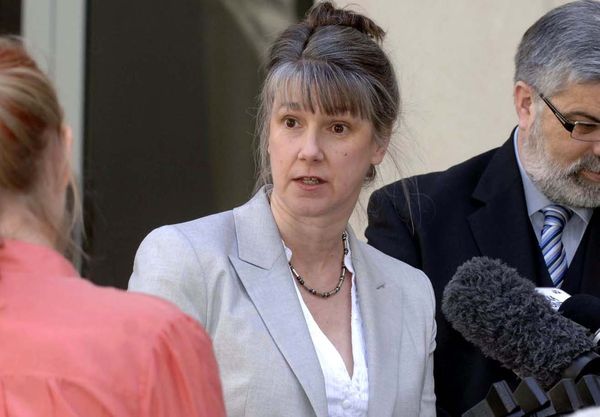 One of the country’s top scientists has told politicians to act quickly on climate change or devastate the lives of unborn generations.

Penny Sackett, the Government’s Chief Scientist, delivered her blunt message to politicians at a dinner at Parliament House on Tuesday night.

Professor Sackett warned the actions of this generation “may deny the next generation the prosperity that we have enjoyed and endanger the lives of millions”. “If we do not act, and act quickly and decisively, the effects will be devastating,” Professor Sackett told the large audience.

“So what are we waiting for?”

Story from the SMH.

“Scientists have lost patience with carefully constructed messages being lost in the political noise.”

In what was described as a watershed moment, more than 2,500 leading environmental experts agreed a statement that called on governments to act before the planet becomes an unrecognisable – and, in places, impossible – place to live. At an emergency climate summit in Copenhagen, scientists agreed that “worst case” scenarios were already becoming reality and that, unless drastic action was taken soon, “dangerous climate change” was imminent.

A great short film (animation) on climate change. Well worth the 10 minutes it takes to watch.

Simply put, with a great message.