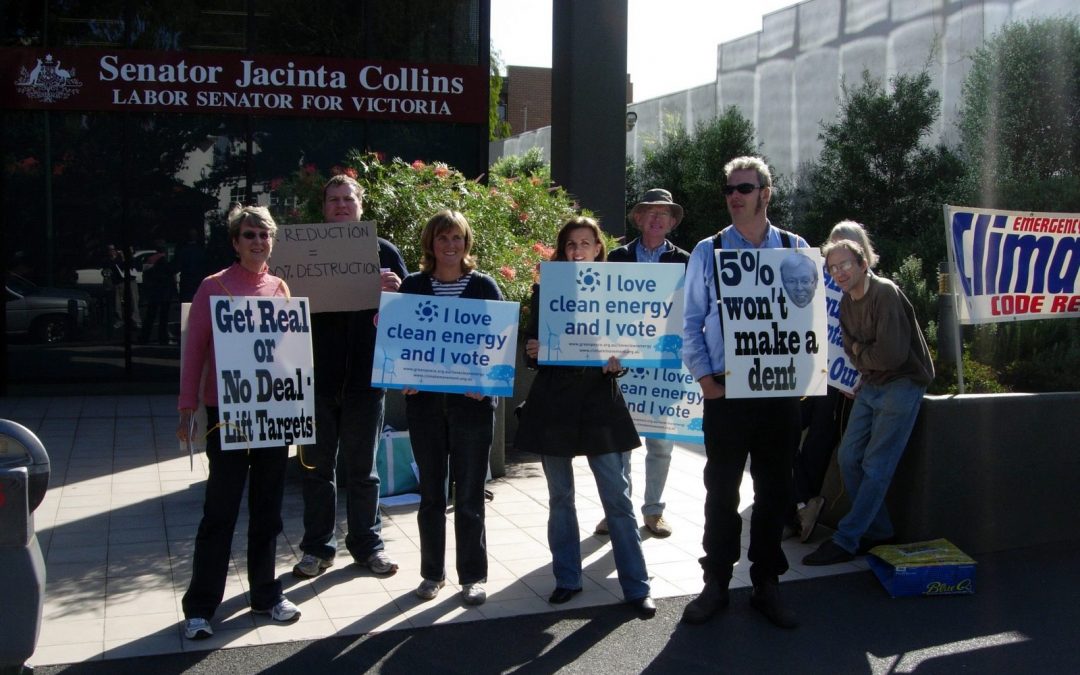 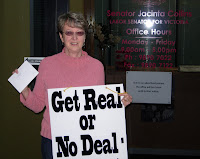 Today at 10.30, Lighter Footprints took part in a nationwide action to highlight the woeful inadequacy of the government’s action on climate change.

We’d contacted Senator Jacinta Collins before the event to inform her of the intended action and a request for a meeting to discuss our issue. The Senator informed us that she would be unable to meet us during the demonstration, but would meet us at another time. Still, this a national action and we need to play our part . . .

On arrival at her office today, not only was the Senator ‘missing in action’, but her doors were locked. They’d posted a sign saying that they’d closed the office due to the planned protest.

Hmm, what good is a protest if the politician won’t hang around to see it? What does this say about listening to voices in the community? It probably reflects the government’s response to climate change.

We are now looking forward to meeting with Senator Collins.

A climate and energy (and cost) saving tip from Lighter Footprints: turning off your lights when you’re not using them is highly recommended.