Climate Change and Action: An Overview 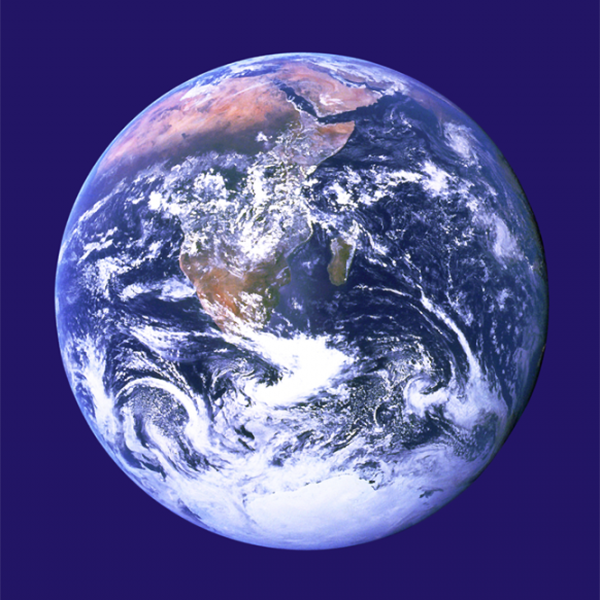 I hope that this op-ed will help readers understand the basics of climate change on planet Earth; the solutions for mitigating it; and inspire their passion for doing so.

Our universe came into existence about 13 billion years ago; and our solar system with its eight planets including Earth, formed about four billion years ago. Much later our atmosphere formed, and single-celled life began; then, over time, those tiny cells evolved into the amazing array of plant and animal species, including humans, living today in our sea-, land-, and sky-scapes. During those past ages, our planet experienced climate changes caused by natural phenomena such as Earth wobbling or collisions with meteors, or volcanic eruptions. During Earth’s latest relatively stable climate, which began approximately 11,000 years ago, Homo sapiens thrived and civilization flourished.

About 250 years ago the Industrial Age began with humans burning the carbon-laden fossil fuels- coal, oil and gas. When mined and burned to give energy, these fossil fuels release carbon dioxide (CO2) emissions into our planet’s atmosphere where they last for up to 200 years, taking the proportion there from 280 parts per million (ppm) to 410 ppm today. Such gases are called greenhouse because they blanket our planet so that its average worldwide temperature keeps increasing. It is approximately 1 degree Celsius hotter now, and scientists urge reducing emissions back to 350ppm.

The average hides the fact that it is much warmer in certain places, especially at the important two icy pole regions. This causes secondary problems such as melting ice so potent greenhouse gases such as methane are likely to be released suddenly from their icy storage. 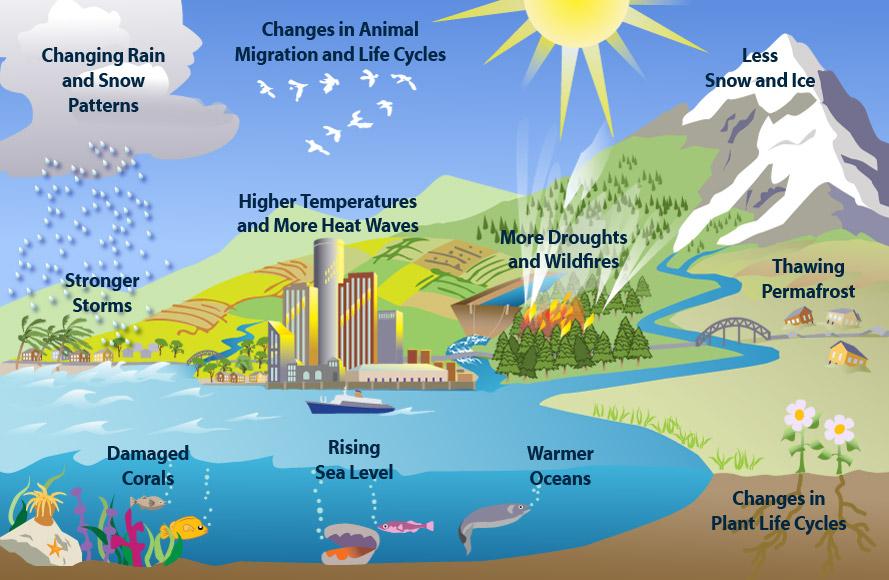 Land clearing with forest destruction is the second main cause of today’s climate change. Land clearing releases greenhouse gases into the atmosphere, but the effect of land clearing on climate goes well beyond carbon emissions. It causes warming locally, regionally and even globally, and it changes rainfall by altering the circulation of heat and moisture. A recent Australian study suggests that land clearing over the past 200 years may have been as significant a factor in this country’s droughts and changing climate as increasing carbon dioxide in the atmosphere.

Tragically, seven other crucial natural boundaries are also being broken. For more about the nine planetary boundaries watch this short video or listen to the brilliant Johan Rockström himself here.

If climate change continues much longer, a tipping point may be reached, beyond which conditions will rapidly become unstoppable. Earth will be wracked by extremes of rising heat; massive winds and storms; wildfires so hot that they destroy soils; droughts, floods and freezing cold; acidified, warmer seas, lethal for sea life; and rising sea levels flooding lands. These conditions will lead to increased diseases, pests, crop failures, starvation, heart-breaking human and wildlife deaths – in short, catastrophes and chaos.

*Governments must legislate to end the deadly carbon emissions from burning fossil fuels in all sectors.  The simplest method is by switching to clean, no-carbon forms of energy such as renewables including, solar, wind, and hydro.

*Governments must cherish and increase their forests as natural storages of carbon.

*Each human being must do their very best to reduce their “carbon footprint” by conserving energy. This includes reducing consumerism, car, ship and air travel, insulating homes and workplaces; also eating differently by changing from meat and dairy to mostly plant food, grown locally. At the time of writing, Australia faces a federal election in May 2022 and must not elect a tokenistic climate acting government.

Other reforms will also be relevant such as changing from endless growth of the economy and population to steady-state sustainability.

Episode 7 of Johan Rockström’s brilliant podcast series lists ten steps for our best chance to control a planet that is rapidly getting hotter. Find it here.

In Australia, the main opponents to climate action are the fossil fuel sector, various financial institutions, and sections of our media. Many Coalition politicians are ideologically committed to the free market and have ties to the fossil fuel industry. Consequently, Australia is ranked as one of the world’s worst climate action laggards. At the time of writing this, April 2022, Australia ranked 59 out of 64 countries on the Climate Change Performance Index.

The Intergovernmental Panel on Climate Change (IPCC, founded by the UN and WMO in 1988) finally succeeded, in December 2015 in Paris, in winning world agreement on carbon emissions reduction targets to stay under the 2 degrees C. warming limit. However, in October 2018 the IPCC warned the world we must now stay under the 1.5 limit; and each nation has only the next 10-12 years to end new emissions and drawdown those already in our atmosphere. The opportunity to stay under the 1.5 limit has probably been missed but 2.0 is still attainable if the world takes full, fast action.

The third instalment of the IPCC’s Sixth Assessment Report (AR6) reports we are at the crossroads and that we have options in all sectors to at least halve emissions by 2030, but the next few years are critical.

The natural environment including climate is the fundamental basis for all life and we must take climate emergency action from now on. Simply, as humans, let’s just all agree on that!  After all, “We don’t inherit the earth from our ancestors, we borrow it from our children.”

Gergis, Joelle, Sunburnt Country- The History and future of climate change in Australia (2018),

Hawken, Paul, Drawdown- The most comprehensive plan ever proposed to reverse global warming (2017),

David Attenborough, A Life on Our Planet- My Witness Statement and a Vision for the Future, UK, Witness Books , (2020)

Barbara J. Fraser gained her B.A. (psychology & social work) at the University of Melbourne. For the next twenty years, she and her husband taught in schools in England, Canada and the U.S. as well as producing their children and studying. Barbara’s graduate degrees were M.A. (counselling) at Stanford University; and Ph.D. (education & social sciences) at George Peabody College for Teachers, Nashville. In 1976 the family returned to Melbourne where she became a lecturer in the Faculty of Education, RMIT (1976-95).