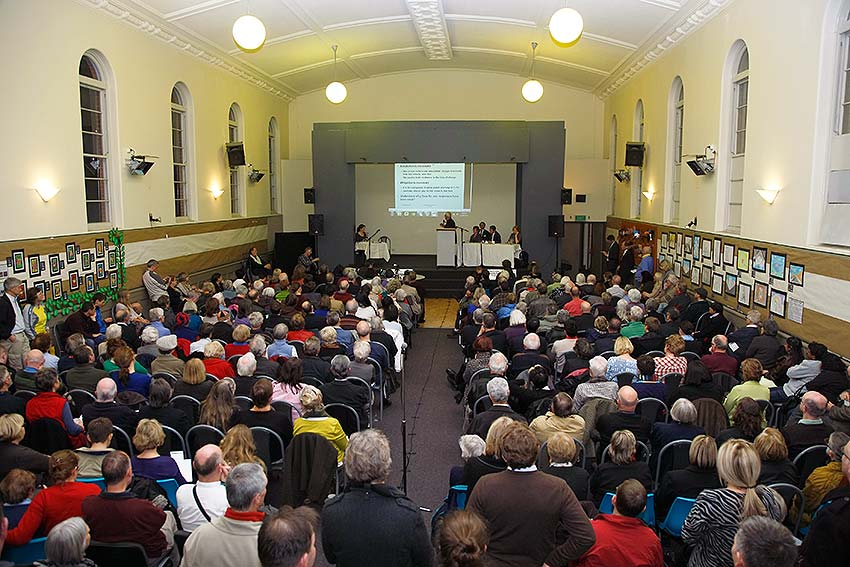 What a great turn out to our Forum … Who said Climate Change was dead as an election issue! 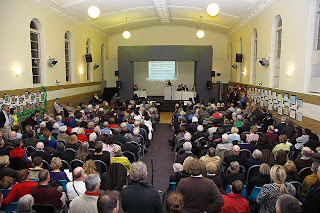 The hall was packed, (292) with standing room only (photo by John Kirk)

A reflection on the night!

Who would have thought a parish hall in leafy Surrey Hills would have been packed to overflowing on the issue of climate change. The mood of the 300 gathered to hear Liberal, ALP, and Greens candidates outline their policies, showed frustration. Anyone who thinks that the majors have nailed this issue underestimates the disquiet at grassroots level, and this in conservative Melbourne heartland.

It was the gap between the rhetoric of concern and the level of action proposed that became increasingly apparent, eg. the Liberal policy for ditching the market based control on carbon emissions, seemed at odds with their claim of leadership at the G20 to persuade the rest of the world to agree to control theirs.

Graeme Pearman, noted climate scientist, summed up by saying while supporting Labor’s ETS, he was dismayed at the level of commitment of both parties when rated beside to the kinds of action required to shift us away from the 4 degrees rise we are headed for.  The audience applauded.

Looks like our only hope for some traction is to keep the Greens alive and kicking in the Senate. 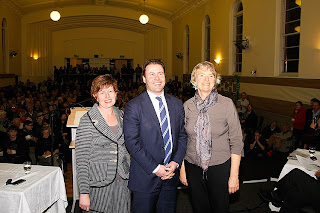 Here is the press release sent out:

Climate change action is high on the agenda for voters in Kooyong and Chisholm.

Everyone – including the candidates for the 7 September election – were very impressed when 300 voters turned up on a cold night to a community meeting in Surrey Hills on climate change issues to hear the political responses. It was clear that people had become frustrated with current major party policies and were intent on doing something about it.

People had a chance for face-to-face discussion with politicians, to go beyond the slogans and grapple with the very real challenges facing us, our children and grandchildren.

Lighter Footprints hosted the ‘Critical Decade’ forum as part of its ongoing involvement in the community to encourage informed debate about the urgency of climate change action, and to search for effective solutions to meet the now-obvious challenges.

Carolyn Ingvarson, Convenor of Lighter Footprints said “Scientists tell us emissions must peak this decade and then fall sharply.  Are our politicians and major parties up to our greatest challenge?”

Scientist and international climate expert Graeme Pearman began the forum with a succinct and authoritative explanation of why urgent action is needed.  The following speakers all agreed with him, but put forward widely different approaches to the action needed. At the end of the night, each candidate made one last statement:

“I think you’ve demonstrated it [climate change] is an election issue and we need to continue to talk about it. We need to ensure we are having the conversations to make the change happen or we won’t have a future for our kids.”

“Public attitudes on climate change have transformed over time. There are a lot of different pieces in this jigsaw and certainly I am learning more and more about.  It is not going away certainly as long as I live and as long as everyone in this room is around. We have to deal with the reality of climate change and we have to find a practical way to try to reduce our carbon footprint.

…My job is not to represent a particular party… your voices need to be heard by me, and that is why tonight is so helpful for me.”

“We have to deal with the reality of climate change. …we’ve got to make our democracy work for us…by getting people voting on this issue.  …we need to have an urgent transition to a clean energy economy, and we need to be treating this climate emergency with an emergency level response.”

Graeme Pearman and ACF climate change campaigner Claire Maries put insightful and testing questions to the candidates, highlighting that although some progress was being made in reducing damaging greenhouse emissions, the current approaches by the major parties are insufficient. Graeme Pearman stressed that we are in the critical years where we need to take urgent action. 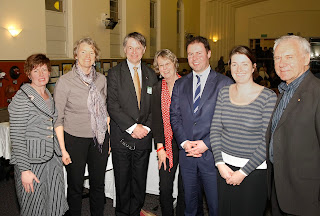 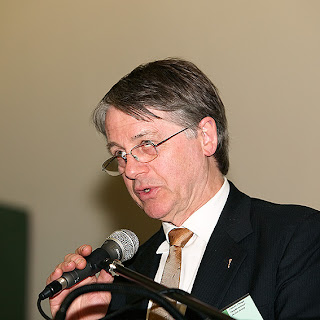 MC Ken Coghill sets the scene for the Forum proceedings 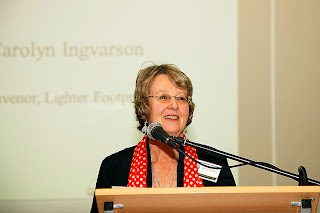 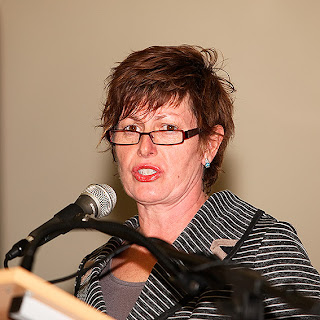 Anna Burke (ALP, Chisholm) makes a point in her presentation 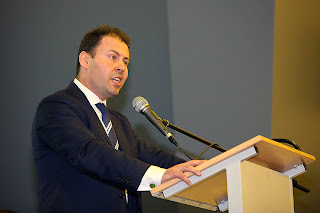 Josh Frydenberg (Lib, Kooyong) at the lectern addressing the audience 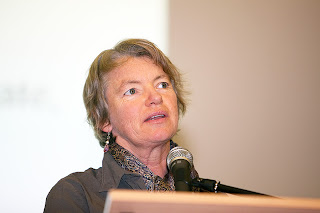 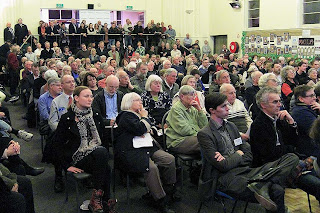 The large forum crowd listens to one of the speakers 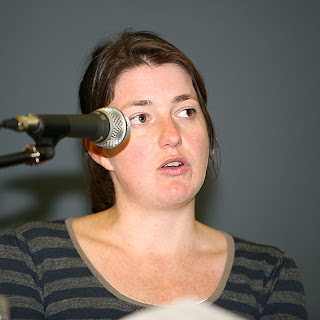 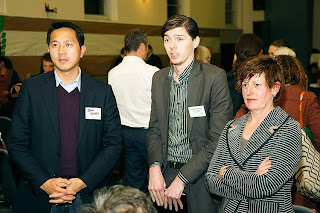 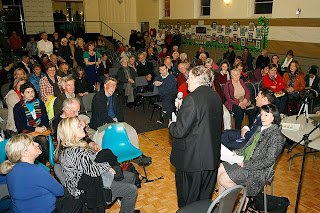 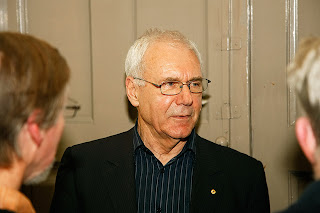 Climate scientist Graeme Pearman chats with members of the audience 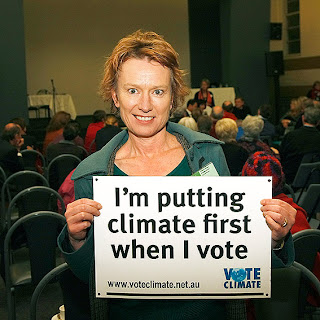